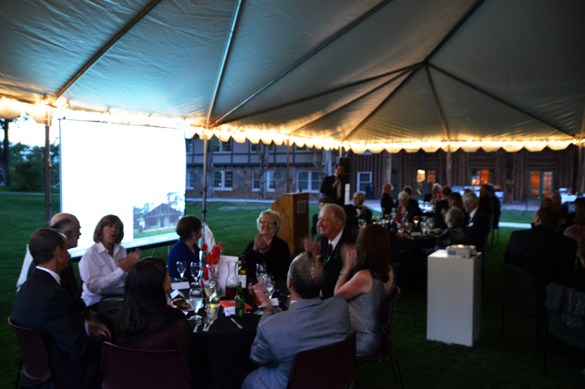 Final work is underway in preparation for the July 11 opening of the new Del Norte Credit Union branch on Rover Boulevard in White Rock. Photo by Carol A. Clark/ladailypost.com 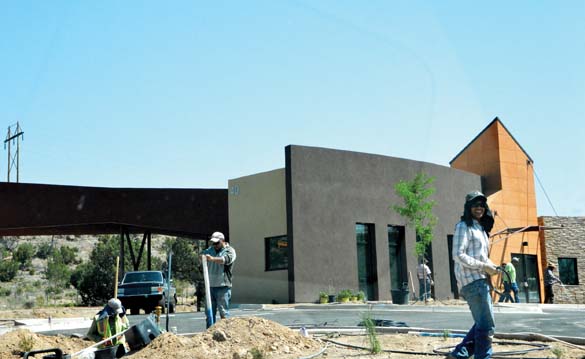 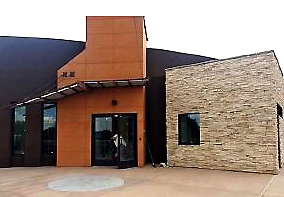 DNCU’s longstanding history with White Rock members dates back to the mid ‘70s, and for many years Del Norte has leased space in the area. In fact, the roots of Del Norte itself are nearby in Los Alamos, where the credit union was formed in 1954.

“We believe the time is right for us to invest in White Rock with a brand new branch, dedicated to our members—signaling a dedication to the community for years to come,” DNCU CEO Chuck Valenti stated.

Designed to complement the DNCU Los Alamos branch with buff and red stucco and stacked stone, the new White Rock branch will feature safe deposit boxes, a drive-through, a community room available to non-profits, plus all the benefits of DNCU’s freestanding branches. That includes a CU Co-Op ATM, part of the 40,000 ATM nationwide network, and Co-Op Shared Branching, available to members of credit unions all over the country.

The current DNCU White Rock branch, across the street, closes at end of business Thursday, July 7.  The Trinity Branch in Los Alamos will be open Friday, July 8, for members requiring branch transactions.

A Grand Opening celebration is scheduled for 2-4 p.m., July 29 and everyone in the community is welcome to take a tour, enjoy special Del Norte Credit Union flavors of gelato from Daniel’s Café, play Baxter Bean Bag Toss and more.

The celebration continues at 7 p.m. by sponsoring a special night of music at Rover Park. Bring the blankets and enjoy the sounds of The Peterson Brothers, an up-and-coming blues band that is soulful and funky.

Chartered in 1954, Del Norte Credit Union is dedicated to improving lives by being the ideal partner for a better future. Today DNCU has six branches in northern New Mexico and serves more than 45,000 members throughout the state. 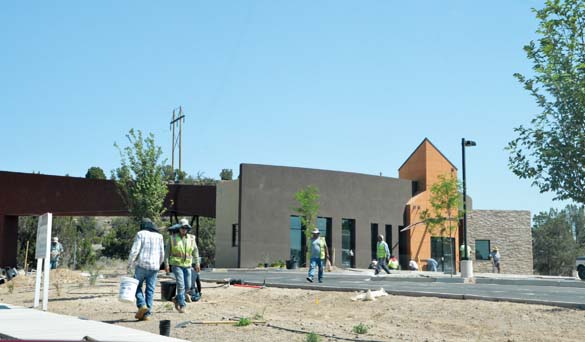 Workers planted trees and shrubs this week on the grounds of the new Del Norte Credit Union in White Rock. Photo by Carol A. Clark/ladailypost.com