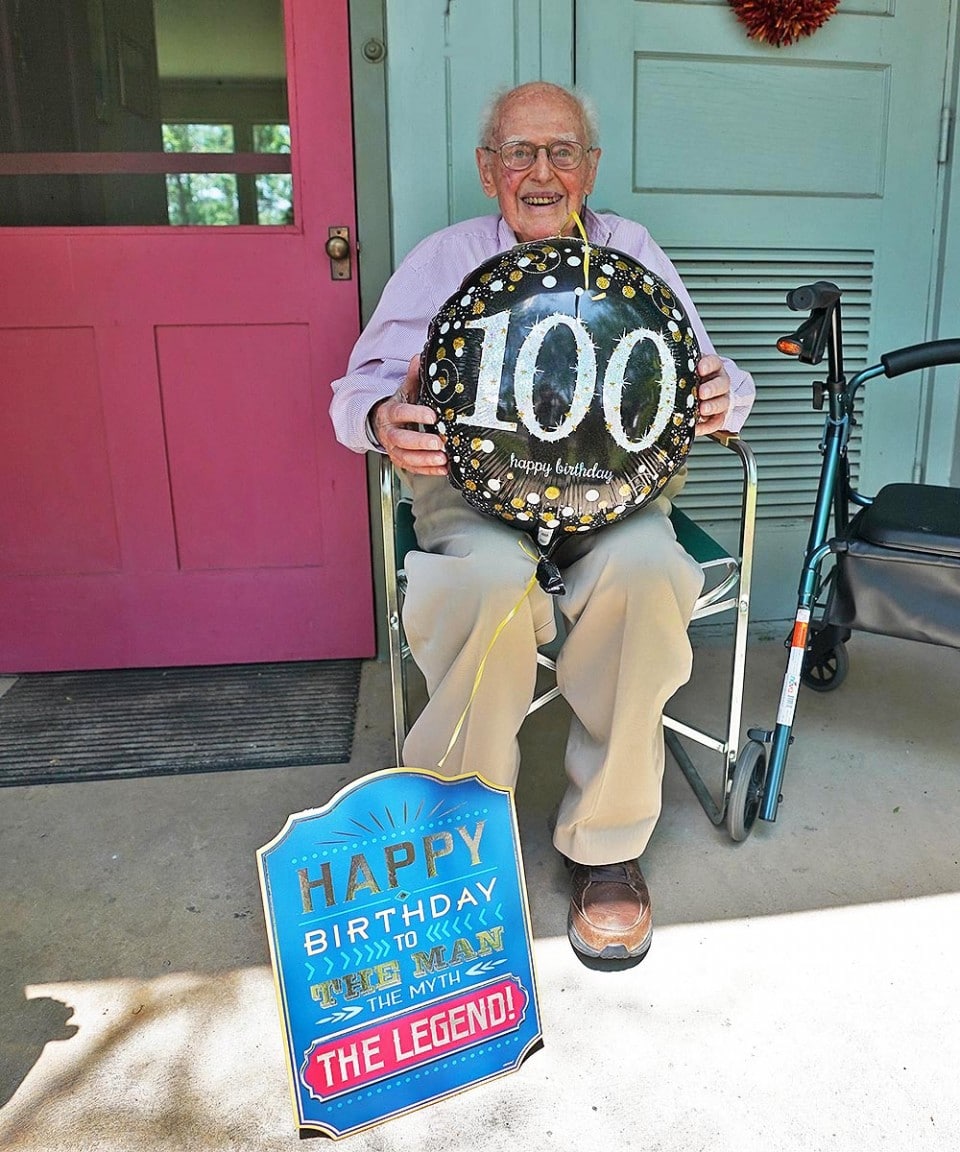 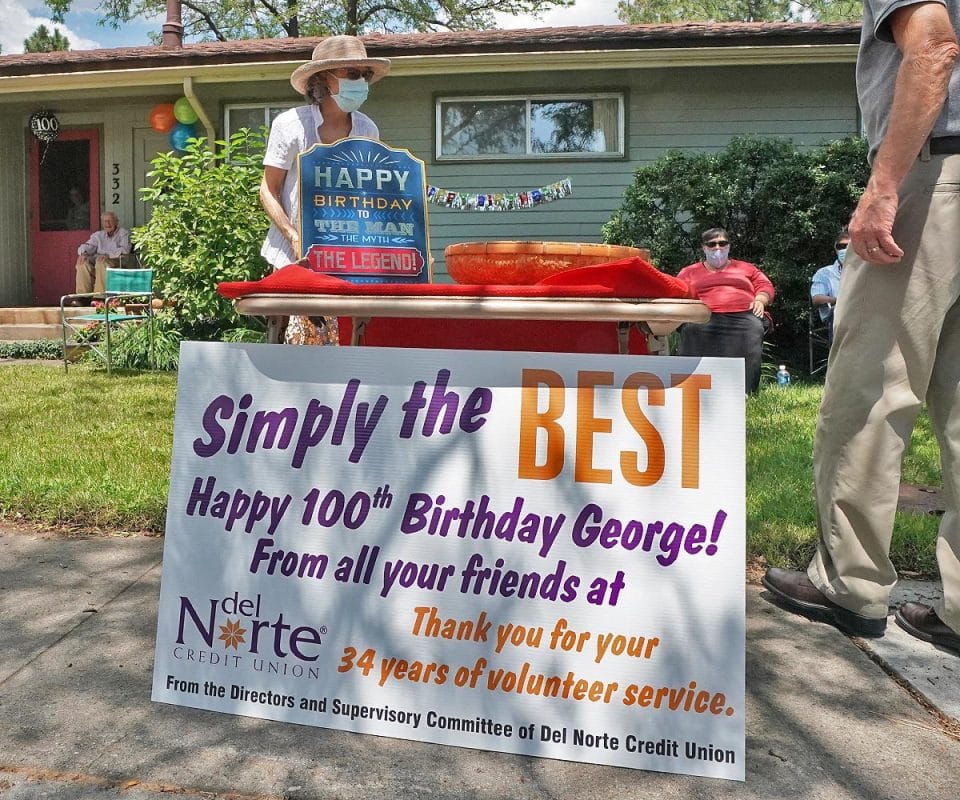 Del Norte Credit Union (DNCU), local financial mainstay and home to over 57,000 members, is proud to share in the celebration of the 100th birthday of retired board member, George Best.

Best served as a volunteer on the board and supervisory committee for 34 years, dedicating his time to help DNCU become the financially sound, award winning organization that it is today.

George Harold Best was born in 1920 and grew up near Chicago. In 1942, after receiving his Bachelor of Science degree in physics from Purdue University in Indiana, George was recruited as a commissioned officer in the US Navy. He earned a Master of Science degree in 1948 and a doctorate in physics in 1949, both from Northwestern University in Illinois.

Dr. Best and his wife, Elizabeth Fish married in 1944 and moved to Los Alamos, New Mexico in 1949. They raised three children Martha, Sarah, and Guy. Best still lives in the house they purchased in 1956.  He worked at Los Alamos National Laboratory until his retirement in 1983.

He has been involved with many local organizations and has put in more than 6,100 lifetime hours of volunteer time. Best donates an average of 225 volunteer hours per year at Bandelier National Monument, and has also worked with visitors at Valles Caldera National Preserve.

“I’ve always enjoyed the national parks. I felt like I would like to give back a little and help people enjoy them,” Best said in a recent interview with the Los Alamos Daily Post. And as a board member of Del Norte Credit Union, Best has been a continuous presence of leadership, integrity, and compassion that mirror the financial cooperative spirit of people helping people.

“The entire volunteer board of directors, supervisory committee, and team at DNCU wish George Best a very happy birthday this year,” says Chuck Valenti, President/CEO of Del Norte Credit Union. “We are grateful for his stewardship and his commitment to our organization. He is an inspiration to everyone who has had the privilege to know him.  We are all better because of Best.” 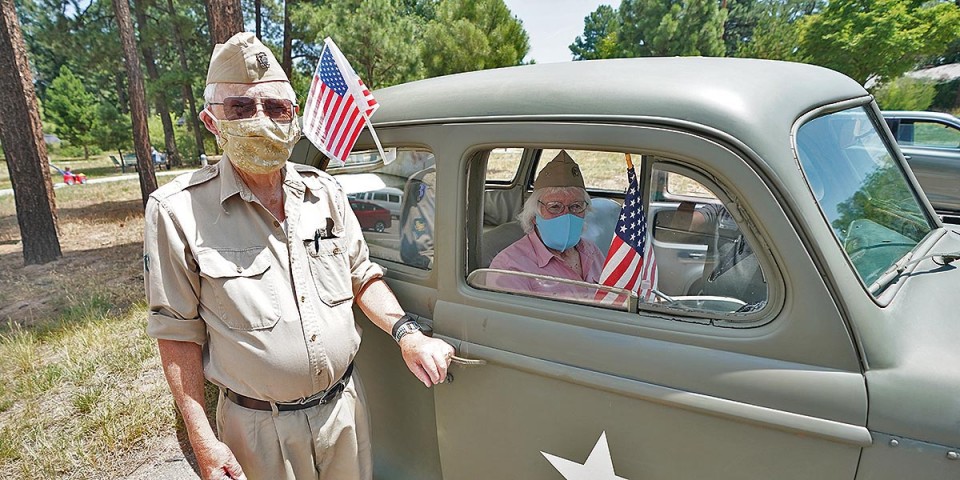 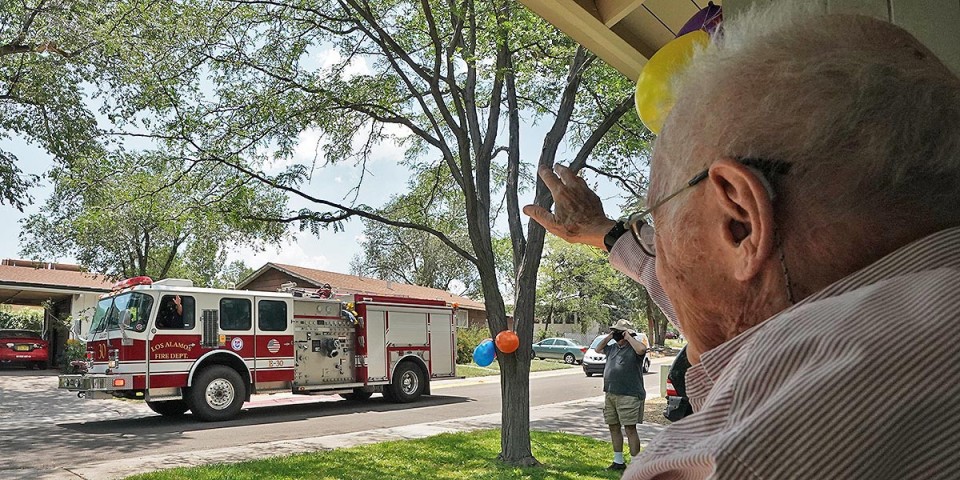 Members of the Los Alamos Fire Department honor George Best on his 100th birthday today during a special parade. Photo by John McHale/ladailypost.com 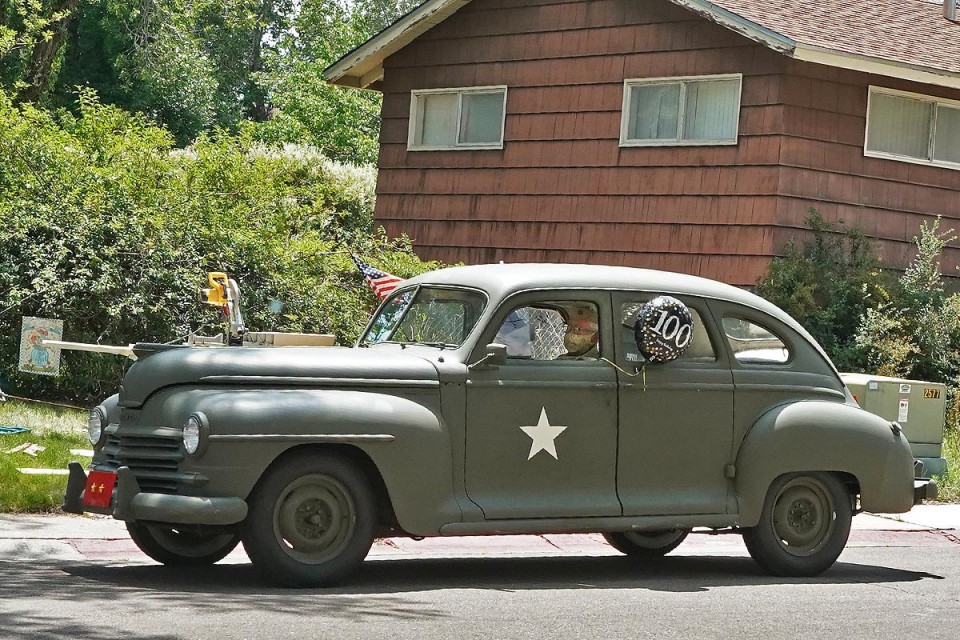 Jack Gehre and Ruth Lier celebrate George Best’s 100th birthday today driving a 1947 Plymouth in the his parade in his honor. Photo by John McHale/ladailypost.com 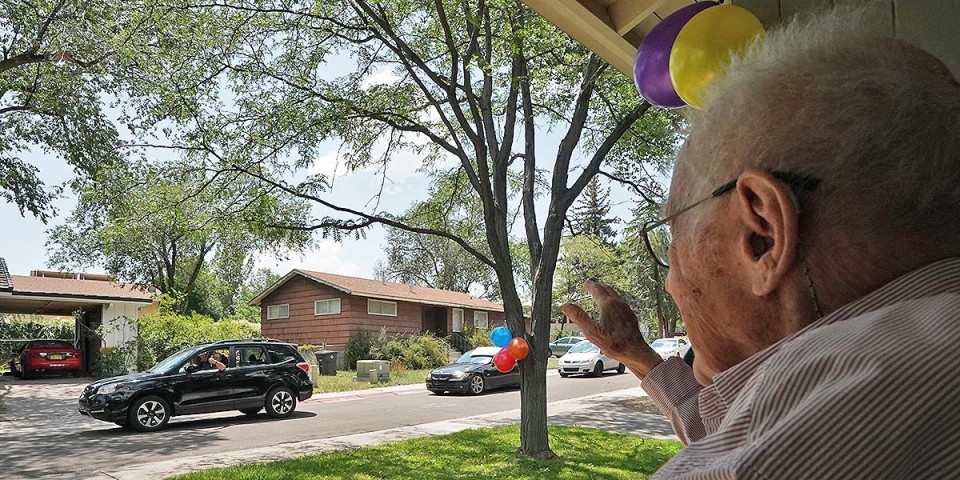 Community members wave and celebrate George Best on his 100th birthday today during a parade in his honor. Photo by John McHale/ladailypost.com