Day Journeys to the Middle of Nowhere: Pecos

Between two relatively large, well-known New Mexico cities – Las Vegas and Santa Fe, there is a town off I-25 that may not attract as much attention.

In fact, if you are in a hurry to get to Highlands University in Las Vegas or the plaza in Santa Fe, you might miss this off-the-beaten-path community.

It would be a pity because Pecos offers something special to its visitors. For an outsider, finding that special quality took a few turns.

Chain stores and gas stations adorn both sides of the main street going into town.

Patience, it was discovered, is necessary as well as a sense of adventure.

Following the main road led my mother and me to the Benedictine Monastery, housed in a gold-colored adobe structure. 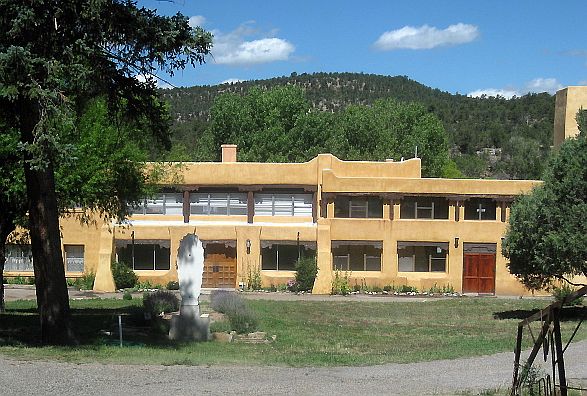 Its lawn was decorated with art of the Virgin Mary and to one side was a gift shop.

Seeing that small store relaxed my uneasiness that visitors may not be welcomed to tromp through the front lawn, snapping pictures.

It was quiet at the monastery but bustling at another house of worship – San Antonio de Padua Catholic Church. 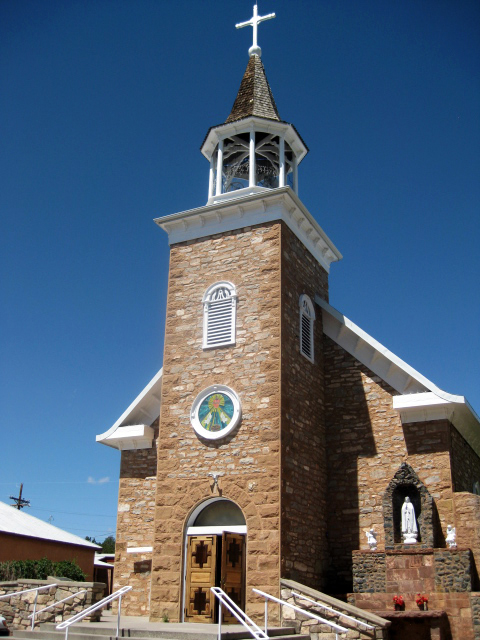 Cars filled every spot in the parking lot and spilled out into the street.

Reading the sign posted outside the church with its impressive steeple and stained glass windows revealed that the church is an example of French-gothic style architecture and was made from quarried stone rather than the traditional adobe.

The church, with its stately European look, was not the only entity in town that bucked convention for a unique style.

Across the street was the Hummingbird Café. The exterior featured potted plants and a bubble fountain. 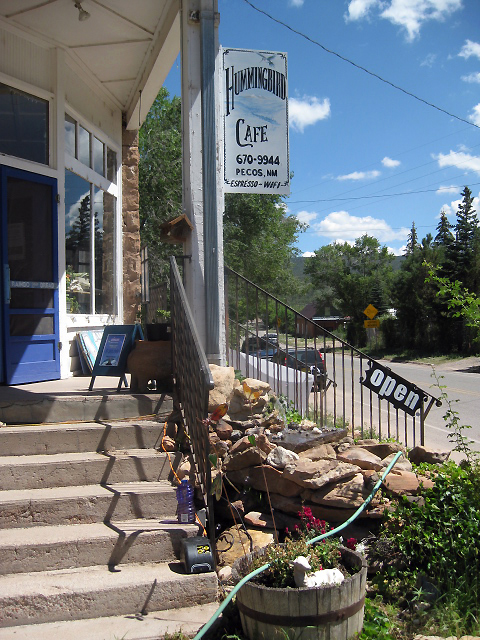 A sign taped to the window proudly noted that the owner choose individuality over following the crowd by refusing to serve red and green chili in favor of gluten free food.

It also hosts open mic events; and, marching into the establishment, I was confronted with an old-fashioned general store atmosphere and a group of musicians happily playing in a corner.

How did this town so smoothly blend tradition and individuality together? Perhaps the answer lies in Pecos’ beginnings.

Continuing down the road, my mother and I were confronted with Pecos’ origins.

We drove into Pecos National Historical Park, which houses not only breath-taking scenery but ancient Pueblo ruins. 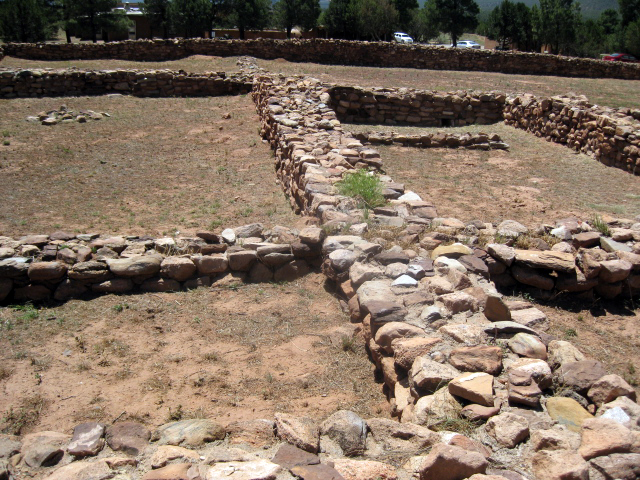 On a trail guided with markers, my mother and I strolled beside an ancient stone wall – its knobby surface zigged-zagged across the landscape, admired the crimson red stone that was once a Spanish missionary, and took in the skeletal remains of a Pueblo community. 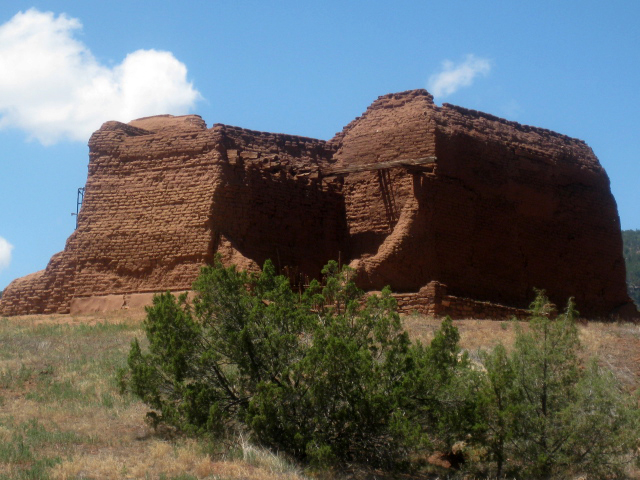 The further we walked, the more Pecos’ story was unveiled to us. It is a place that was created, transformed, nearly abandoned and then revitalized.

My mother and I left amazed by what we discovered. And all it took was a simple diversion from the well-established path and venturing into the middle of nowhere.