David King Dunaway On Musicians And The Blacklist 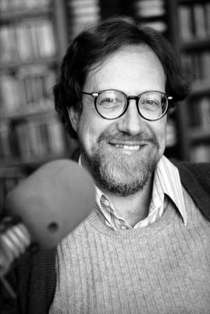 Noted historian and broadcaster David King Dunaway will speak at Mesa Public Library at 7 p.m., Wednesday, Aug. 24 in the Upstairs Rotunda. His talk is entitled Force and Violins.

Force and Violins was first presented to the Library of Congress’ American Folklife Center in 2008, on the subject of systematic persecution of folksingers in the United States in the 1940s, ‘50s and ‘60s.

Through the Benjamin A. Botkin Folklife Lecture Series, the American Folklife Center presents distinguished experts speaking about their research and current issues and best practices in folklore, folklife, ethnomusicology, and related fields.

Dunaway was invited to give the lecture because of his work in documenting the life of Pete Seeger in his book “How Can I Keep From Singing.”

During his research, he found that many of the investigations on folksingers, before, during, and after the McCarthy Era, had never been made public, and sued the CIA and FBI for their records.

Seeger was a founding member of the Weavers, who hold the distinction of being the only musical group ever black-listed as a group.

Dunaway interviewed Seeger ten times in the ‘70’s, then met with him six additional times from July 2000 to September 2006. The Seeger biography was first published in 1981 and revised and republished in 2008.

In 2008-9, he produced “Pete Seeger” for Public Radio International, consisting of three, one-hour documentaries airing on more than 300 stations and winning “Best of Show: Audio” from the Broadcast Education Association.

Author of nine volumes of history and biography, Dunaway’s specialty is the presentation of folklore, literature, and history via broadcasting. He has recently completed an anthology, A Route 66 Companion.

Dunaway is professor of English and communications (adjunct) at the University of New Mexico. Dunaway also created the 13-part radio series “Writing the Southwest” which is accompanied by a book of the same name.

He has recently completed an anthology, A Route 66 Companion.
There are two lectures scheduled for next week at the Library: David Dunaway on Wednesday, Aug. 24 and Roseanne and Phil Archuletta on Thursday, Aug. 25, as part of the Authors Speak Series. Friends of Los Alamos County Libraries sponsor the talks.

For more information on these and other events at the library, visit the Events link on losalamoslibrary.org or call 662-8253.