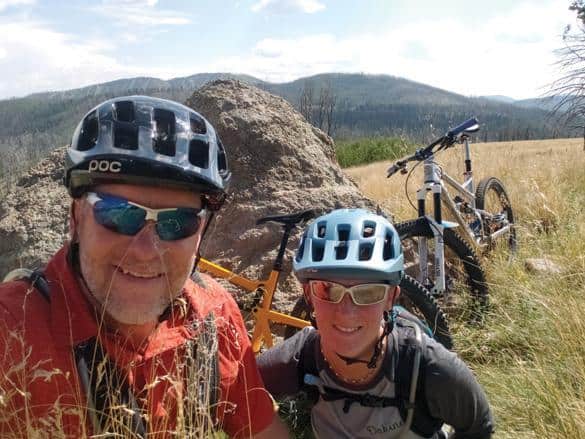 “I think I have the coolest job in the County,” Dan Erickson said of his new position as the Parks, Recreation and Open Space manager. “I’m an engineer by training but my heart is in all things outside.”

So, when he left his position as manager of the Traffic and Streets Division to become the new Parks, Recreation and Open Space manager in March, Erickson said he felt like a kid in a candy store.

Erickson said he considers himself to be very active. He said he is into all things sliding, whether that is skiing or skating. He also said that he loves the water, is an avid bike rider, hiker and thoroughly enjoys the opportunity to work on trails.

In looking at the variety of services the recreation division offers, Erickson said he won’t choose favorites.

He explained that the chance to align his hobbies with his work was too good to pass up. Erickson’s predecessor was Chris Wilson.

Erickson said the timing for his hiring is great because there are a lot of big things happening in the recreation division from the new recreational capital improvement projects to a new contractor handling the summer concert series.

“I feel like there is almost a paradigm shift at this point that I get to be in the front seat to watch,” he said.

Erickson said he is excited about the new capital improvement projects slated for the recreation division, which include the kiddie pool, splash pad and improvements to the golf course and ice rink.

He said he sees first hand the importance of the kiddie pool. It’s valuable for kids to learn how to swim and there just isn’t room in the aquatic center’s therapy pool to hold classes.

As a result, Erickson said a waiting list is made, and he feels young people shouldn’t have to wait to learn this important skill that can prevent drowning. A new kiddie pool will help ensure every child can learn to swim, he said.

As for the golf course, Erickson said improvements to the course’s irrigation are long overdue since the irrigation system has exceeded its lifetime.

All the recreation capital improvement projects can serve a larger purpose. Erickson said he feels the new Los Alamos National Laboratory contractor, Triad, recognizes how important recreation is for attracting and retaining employees. And this is reflected in Triad paying gross receipt tax to the County, which helps fund these types of projects.

Erickson said he has a lot of respect for Suummer Concert Series Founder Russ Gordon. Regarding the new contractor, Sancre Productions, he said, “I’m excited about what the new contractor is offering. I’m optimistic about where the concert series is going in the future.”

Looking at the whole picture for recreation, Erickson said the focus is on children and their families.

“I think the County is trying to focus, in general, on trying to get young children and their families interested in the recreational opportunities available,” he said.

Erickson said there are challenges to address.

There isn’t an unlimited budget nor is there an infinite amount of resources. Erickson said it is balancing act between needs, wants and the money available.

He added that the goal is to listen to the entire community and not just a select group.

Besides a passion for the great outdoors and recreation, Erickson also brings his background and training as a project manager and engineer to the job.

He worked as the manager of the Traffic and Streets Division for five years and prior to that position, Erickson was the Capital Projects Division manager.

He has worked for Los Alamos County for almost 11 years.

As an active participant in the County’s recreational offerings, Erickson said there is always room for improvement; however, “for a community of this size, Los Alamos is blessed to have the opportunities that we do.”

He added that he feels the future for the recreation division looks good.

“We’re just looking forward,” Erickson said. “I think the future is bright. A lot of pieces are falling into place and we are heading in the right direction.”