Dabney: DUIs Are Not Just For Drivers 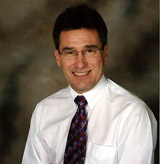 By Attorney Philip J. Dabney
Reid Griffith Law Firm
Common sense suggests that the crime of driving under the influence of alcohol or drugs applies to those foolish enough to get behind the wheel of a vehicle and drive after becoming impaired. Of course, that is true. But the law also says passengers of the impaired driver could also face criminal prosecution under certain circumstances.
Consider the tragic story of Patrick Marquez and Leo Lucero. Mr. Lucero became intoxicated one night and drove his car into the rear of a van carrying 11 people. Two deaths and many injuries were caused by the crash. Mr. Marquez was the passenger of Mr. Lucero’s vehicle. He also was Mr. Lucero’s drinking buddy that night. The two started at one bar, where they drank so much they were refused further service. Then they drove to another bar and repeated the drinking until service was cut off. Then they drove to a liquor store, bought a 12-pack of beer, and started driving around while drinking the beer. That’s when the accident happened.
Mr. Lucero was prosecuted for felony charges under the Motor Vehicle Code that included homicide and great bodily harm by vehicle, while under the influence. That was the obvious and easy set of charges. Mr. Marquez, the passenger, was charged with the same offenses, even though he never drove the car. The basis of the charges against Mr. Marquez was a state statute that reads as follows:
Every person who commits, attempts to commit, conspires to commit or aids and abets in the commission of any act declared to be a crime, whether individually or in connection with one or more other persons or as a principal, agent or accessory, shall be guilty of such offense, and every person who falsely, fraudulently. forcibly or willfully induces, causes, coerces, requires, permits or directs another to violate any provision of Motor Vehicle Code … or any other law of the state pertaining to motor vehicles is likewise guilty of such offense.
Mr. Marquez’s attorney tried a clever approach to defending his client. Rather than plead him not guilty and go to trial, he had Mr. Marquez enter into a conditional guilty plea of the crimes, with the condition being that conviction would only occur if the applicability of these driver-related charges against the passenger of the vehicle was upheld on appeal. Unfortunately for Mr Marquez, the New Mexico Court of Appeals sided with the prosecutor and upheld his conviction. In doing so, the Court looked at an Ohio case found to be persuasive:
There, the Court held that a passenger may participate in the operation of a vehicle through ‘affirmative action of some sort, as distinguished from mere silence and inaction, [and] his participation need not be manifested by direct physical contribution.’”
The Court of Appeals then turned to the stipulated facts of the case against Mr. Marquez, which established that Mr. Marquez encouraged Mr. Lucero “to drive and continue their party. He purchased beer, which was consumed in the vehicle and, all the while, he knew that Lucero was intoxicated.” The Court concluded that the facts showed Mr. Marquez held with Mr. Lucero a “shared intent of wrongdoing.”
The clear lesson from Mr. Marquez’s experience is that passengers are not exempt from serious criminal charges for the conduct of the impaired driver of the vehicle in which they are riding. This is particularly so when the evidence shows the passenger’s participation in the impairing activity (drinking or drugs), the passenger’s encouragement for the driver to continue driving, and the passenger’s knowledge of the driver’s intoxication. What remains to be decided by courts is what level of passenger knowledge and encouragement must be shown to support a charge against passengers.
Also, the extent of the crime may come into play with the police and prosecutors when exercising their discretion to charge and prosecute crimes. For example, would a passenger be charged with a simple driving under the influence where no accident occurred and no injuries took place? The law seems to allow it, but the economic constraints may prohibit prosecuting every such act.
What is the solution? It is very simple: DO NOT DRINK AND DRIVE! AND DO NOT GET INTO A VEHICLE WITH SOMEONE WHO YOU KNOW OR SUSPECT HAS BEEN DRINKING OR TAKING DRUGS!
Menu
Los Alamos
79°
Sunny
5:48am8:23pm MDT
Feels like: 79°F
Wind: 10mph S
Humidity: 24%
Pressure: 29.92"Hg
UV index: 1
WedThuFri
91/64°F
88/64°F
86/64°F
Weather forecast Los Alamos, New Mexico ▸