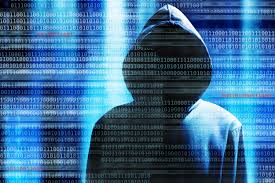 The U.S. government is worried that Russia government hackers may try to hack and disrupt the upcoming presidential election.

The U.S. intelligence community, DHS, and private cybersecurity experts have already identified a broad and sustained hacking effort by hackers working for two government agencies – the FSB (the Russian domestic security agency, successor to the KGB) and the GRU (the Russian army’s intelligence branch) — aiming to undermine the campaign of Hilary Clinton and help Donald Trump. Among other things, the Russian government hackers had stolen tens of thousands of e-mails from high-level officials at the Democratic Party and the Clinton Campaign, and then coordinated with WikiLeaks a steady publication schedule of these e-mails, which saw about 2,000 emails published on a daily basis, beginning last month.

Both the U.S. intelligence community and the private experts believe that the Russian government, beyond the desire to undermine Clinton’s campaign, is motivated by an even longer-term strategy: Undermine the American political system by disrupting and discrediting the election process, sowing doubts and suspicion, and providing “proof” for the conspiratorial beliefs about a corrupt political system in which the electoral process is “rigged” and where “international bankers” are conspiring with Clinton to “steal” the election.

Current and former officials with the CIA and NSA told NBC News that the White House is coordinating unprecedented efforts to stop cyber-meddling come Election Day. The United States has privately warned Russia in no uncertain terms that any attempt to manipulate vote counts would result in serious breaches.

“The Russians are in an offensive mode and [the U.S. is] working on strategies to respond to that, and at the highest levels,” Michael McFaul, who served as U.S. ambassador to Russia from 2012 to 2014, told the network.

One senior official with the Obama administration said that the Russian government wants to “sow as much confusion as possible and undermine our process in ways they’ve done elsewhere.”

The official told NBC News that the extra preparation is to “make sure that we have all the tools at our disposal and that we’re prepared to respond to whatever it is that they do.” Several officials told NBC News that while it would be extremely difficult for hackers to affect voter count, they can cause massive confusion and misperception.

Many officials also consider the massive DDoS attack that shut down popular websites in the United States Oct. 21, as a test run before election day hits.