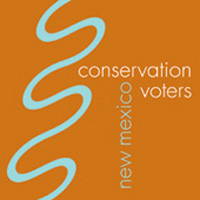 At Conservation Voters New Mexico, getting involved in elections is an important part of our work. Our goal is to make sure that the conservation values of everyday New Mexicans are fully represented in the state capitol in order to ensure that our laws are effectively protecting our communities and environment. We work to elect candidates with strong conservation values to achieve this goal.

In the 2016 primary and general elections, CVNM engaged through its two PACs: CVNM Action Fund for endorsements and direct giving, and CVNM Verde Voters Fund for independent expenditures to promote conservation issues in targeted races.

We’ve been successful thus far with our electoral work in 2016, achieving strong results in the primary elections in June. Our main achievement in the primary was working to help win the Albuquerque-based PRC seat for Cynthia Hall, who will be sworn in on January 1st, 2017. Our work in that campaign was unique for independent expenditure work in that it involved no direct mail pieces. CVNM Verde Voters instead focused on achieving saturation over radio, digital outlets, and digital cable. This strategy ultimately wound up resulting in a significant victory over Montoya and changing the tone of PRC elections going forward. In addition to our success in the PRC race, 11 out of the 12 candidates that CVNM Action Fund endorsed won their primary races, most by wide margins

In the 2016 general election, CVNM gave over $20,000 to candidates directly through CVNM Action Fund, although the bulk of our work so far in this cycle has occurred on the independent side. We made the decision to engage in a county level race for the first time ever this cycle, endorsing three candidates (Harry Brown, Alicia Edwards, and Marilyn Alcorn) for the Grant County Commission through CVNM Action Fund. We’ve continued to stay engaged in the Grant County race in to the general, conducting a staff and board phone bank and sending a piece of mail for Marilyn Alcorn, highlighting her opposition to the Gila Diversion project.

CVNM Verde Voters Fund has identified two overarching goals for the 2016 elections cycle: 1) regain conservation leadership in the House of Representatives to slow the wave of anti-environmental legislation being introduced in, and passing out of, that chamber, and; 2) take advantage of opportunities to continue to protect and build a pro-conservation majority in the Senate. To that end, CVNM Verde Voters has spent over $175,000 to engage in the following races:

HD 43 – Rep. Stephanie Garcia-Richard is undoubtedly a rising star in the conservation movement, and must be protected. While the GOP challenger in this race may appear formidable, her conservation record reveals a key vulnerability – her opposition to a measure that would have expanded renewable energy development in Los Alamos County in 2010. Few districts in the state understand the need to grow renewables more than those around Los Alamos, a place which understands intimately the challenges associated with nuclear power. CVNM Verde Voters has been running direct mail ($15,866.96), digital Facebook video ($13,000), and a field operation (budgeted at $30,000) in her district.

HD 24 – Verde Voters has taken responsibility to ensure that voters in this district are aware of GOP candidate Christina Hall’s close ties to oil and gas developers, and the potential support that implies for legislation that would centralize all decision-making on oil and gas development with the governor, cutting local communities out of the process. CVNM Verde Voters fund is highlighting this risk with both mail ($13,495.98) and digital advertising ($15,000) programs.

HD 36 – This race represents a clear opportunity for voters in HD 36 to upgrade the conservation expertise and values of their representative. Rep. Andy Nuñez has been completely out of touch with his district when it comes to values around access and protection of wildlife and public lands. He voted to privatize stream access and has publicly stated he thinks New Mexican wolves should be extinct. CVNM Verde Voters is currently carrying that message via direct mail ($12,019.80), digital video ($16,000), and cable television ($14,948.46).

HD 37 – Rep. Terry McMillan has cast numerous votes over the years that have the potential to directly negatively impact his district. In 2013 he supported a measure to seize public lands for private resource exploitation, in 2015 he cast votes opposing measures that would continue to grow the renewable energy economy in New Mexico, and just last year he voted to give more and more tax breaks to big oil and gas developers in the face of an unprecedented budget crisis. CVNM Verde Voters Fund has been highlighting these issues via mail ($12,718.20), digital video ($16,000), and cable television ($14,948.46) ads.

SD 10 – SD 10 is the district that is home to failed Sandridge Energy exploratory development drilling application. Having an out of state energy firm attempt to secure rights to potentially conduct fracking operations in a residential neighborhood was a wakeup call to voters in the district about the risk of losing local control over oil and gas drilling. CVNM Verde Voters has sponsored direct mail ($17,788.40) calling attention to Candace Gould’s close ties to the oil and gas industry.

SD 37 – Conservation Champion Sen. Bill Soules is being challenged by former Las Cruces City Councilmember Ceil Levatino. Levatino is on record as being a climate change skeptic while on the Council, and CVNM Verde Voters Fund is working to make sure that rational voters in SD 37 are aware of through direct mail ($16,565.40).