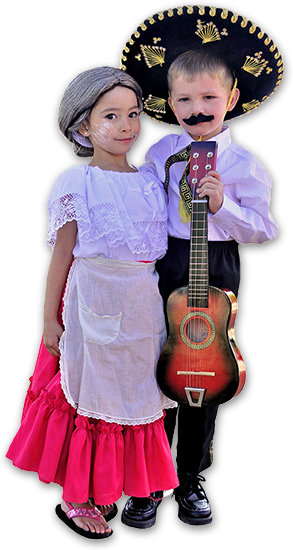 As one of the most culturally rich towns in the U.S.,Taos is celebrating its annual Fiestas de Taos July 17-19, featuring three full days of festive events in honor of the feast days of Taos’ Catholic patron saints, St. Anne and St. James (Santa Ana y Santiago).

Fiestas de Taos features live music – much of it, donated by local talent – traditional dances, parades, and special presentations along with food and crafts vendors and activities for children. A Fiesta Queen is traditionally selected among local contenders during the fiesta as well.

Fiestas de Taos begins at noon Friday, July 17 with live music throughout the day with a special Fiesta Mass and Procession at Our Lady of Guadalupe with Mariachi Azteca. Opening ceremonies are at 7 p.m. at Historic Taos Plaza followed until 10 p.m. by more live performances.

At 10 a.m. Saturday, July 18, a Children’s Parade will float down Taos Plaza, followed by a full day of live entertainment and activities. At 9:30 a.m. Sunday, July 19, the ethereal sounds of the St. Francis Choir will begin the day’s events, followed at noon by a historical parade leaving from the Taos County Courthouse. A special community presentation at 3 p.m. celebrates centuries of Taos Art and Live music will continue until 7:30 p.m., Sunday.

Fiestas de Taos is a way of preserving the rich tri-culture of Taos over the last four centuries. It is a culture unique to Taos, encompassing both pueblo and plains Indians, Spanish explorers, conquistadores, French fur trappers and American Mountain men.

For a complete schedule of performances, events, times, and to register to participate in the parades, visit fiestasdetaos.com/calendar. All events are free.