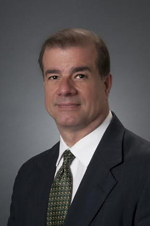 DCA Deputy Secretary Michael Delello
STATE News:
SANTA FE ― The New Mexico Library Association has awarded a 2015 Library Leadership Award to Deputy Secretary of the Department of Cultural Affairs (DCA), Michael Delello.
The award is made to individuals who have rendered outstanding library service beyond their local communities, making contributions to the advancement of libraries within the state, known and recognized in more than one community; contributions that enhance or bring recognition of the image of libraries in New Mexico; and activities and efforts that have helped other librarians improve their service capabilities.
“I can think of no one more deserving of this recognition than Deputy Secretary Mike Delello,” DCA Cabinet Secretary Veronica Gonzales said. “In stepping up as Interim State Librarian for an entire year, Mike traveled to libraries around the state, doing extensive outreach with library staff assessing strengths and challenges.  Under Mike’s leadership, two innovative programs were implemented and both are having and will continue to have a long-range positive impact on our citizens, and all New Mexico public and tribal libraries.”
Specifically, under Deputy Secretary Delello’s leadership, New Mexico State Library instituted the Brainfuse program, a free online tutoring program for students at all grade levels which includes JobNow, a free online service for job seekers offering assistance with resumes and online job coaching.
Also during Delello’s tenure as Interim State Librarian, the State Library and DCA instituted the FamilyPass, providing free admittance for up to six people to the Department’s eight museums and eight historic sites, available for check out at any state or tribal library to library patrons in good standing.
Delello has been Deputy Secretary with DCA for three years.
He has a diverse professional background in congressional and governmental affairs, constituent services, policy, international relations, and non-profit and business management.
The NMLA Leadership Award is not necessarily given every year and more than one award can be made.
The recipient of the New Mexico Library Leadership Award receives membership free for the following year. Delello received one of four awards NMLA presented this year.
Menu
Los Alamos
52°
Fair
6:59am4:51pm MST
Feels like: 52°F
Wind: 5mph SSE
Humidity: 26%
Pressure: 30.22"Hg
UV index: 3
SatSunMon
55/36°F
55/28°F
46/34°F
Weather forecast Los Alamos, New Mexico ▸