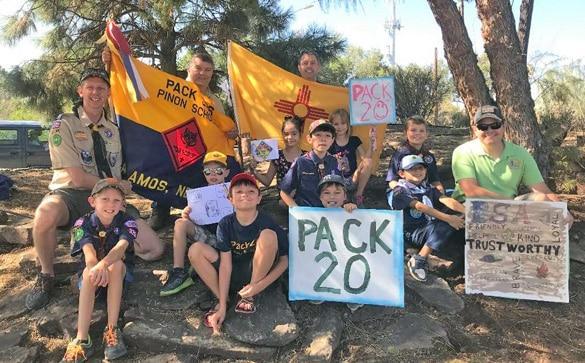 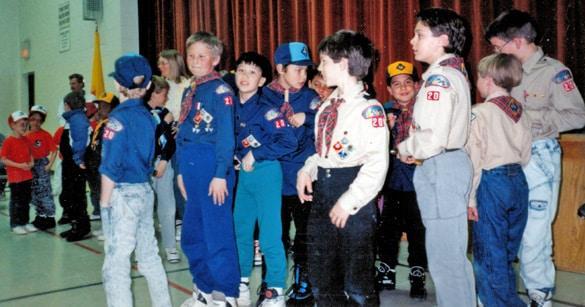 Cub Scout Pack 20 is celebrating its 50th anniversary with a few significant changes. First, Cub Scout Pack 20 and Pack 326 in White Rock are uniting into one pack. Secondly, girls are now invited to become Cub Scouts.

Pack 20 Assistant Cub Master Justin Griffin said to celebrate its golden anniversary, the pack is planning small-scale festivities. For instance, the cub scouts participated in the Fair and Rodeo parade Saturday. Additionally, a meet and greet is set for 4-6 p.m., Aug. 31 at Rover Park. The event will be similar to an open house, Griffin said. Current Cub Scout families, new scouts, as well as Pack alumni are welcome to come and go as they please.

Pack 20 was chartered at Chamisa in 1968 and has been sponsored by Chamisa Elementary School’s Parent Teacher Organization ever since.

While the pack has been a longtime tradition in the community, Griffin said the big changes the pack is experiencing are positive.

“We think of it as an upgrade with the packs together,” he said. “It will benefit the White Rock scout activities because essentially the pack size doubles, more or less. Instead of 20 kids and five or six adult leaders, now we have 40 kids and a dozen or so active adult volunteers.”

Boys Scouts of America recently underwent a major change to invite girls to join the organization to recruit more members. Griffin also believes this is a good step forward.

“It helps in general with the diversity of the scout pack … the scouts see their peers as equal,” he said.

Griffin has been active in the pack for four years and encourages youngsters to give it a try.

“The cub scout organization exists on the national level but it is local volunteers that take the time and make the effort to ensure the scouts learn positive qualities needed for their character so they can be good role models. I can’t thank them enough,” he said.

He added, “There’s a lot of attributes that the organization tries to promote (that are) basically built into scout law … these include being trustworthy, loyal, helpful, friendly, courteous and kind, obedient, cheerful, thrifty, brave, being clean and then reverent.  We try to instill (these qualities) in our youth. If they learn it now hopefully it will stay with them for the rest of their lives.”

Kids who are in kindergarten through fifth grade may participate in Cub Scouts.In fifth grade, they can graduate to a Boy Scout Troop.

Griffin said activities the pack does incudes hiking and camping. In the winter, the scouts may ice skate at the local rink and do indoor programs such as paper airplane competitions and the pinewood derby. There is also a formal transition ceremony for Cub Scouts receiving their Arrow of Light, and symbolically crossing over into Boy Scouts.

It is not all games, however. Griffin said Cub Scouts are all about service projects. He pointed out the scouts support and collect donations for the bi-annual community food drives. The scouts also take part in Clean Up Los Alamos Day by picking up trash around different organizations that support the pack.

If interested in joining the cub scouts, Griffin encourages parents and children to attend an open house at their local elementary school; or visit BeAScout.org.

For those in White Rock, the open house at Pinon is Aug. 21 and Chamisa will hold its open house Sept. 4. Look for the Cub Scout information table to obtain more information or to sign up for the Pack 20 email list.

White Rock Pack 20 Cub Scout meetings will begin Sept. 17. Meetings are held at 6 p.m. the third Monday of every month at the White Rock Baptist Church.