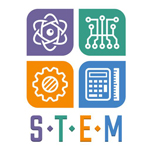 CONGRESSIONAL News:
WASHINGTON, D.C. ― Representatives Ben Ray Luján (D-NM), Joe Crowley (D-Queens, the Bronx), vice chair of the Democratic Caucus and José E. Serrano (D-the Bronx) announced the Commerce, Justice, Science, and Related Agencies Appropriations bill includes their push to require the National Science Foundation to move forward with a grant program to support Science, Technology, Engineering and Mathematics (STEM) education at Hispanic-Serving Institutions (HSIs).
Specifically, the language directs the National Science Foundation to establish a STEM grant program for these Institutions no more than 120 days after enactment of the bill and demonstrate a $30,000,000 investment no later than September 30, 2017.
A STEM grant program would support designated Hispanic-Serving Institutions – where Hispanic students constitute at least a quarter of full-time enrollment – in faculty development, stipends for undergraduate research, and curriculum-improvement initiatives in these critical fields. Encouraging underrepresented minorities, such as Hispanic students, to enter STEM fields is crucial for our country’s economic future.
“STEM skills are critical for our country to compete in a global economy, but unfortunately, Hispanic students are severely underrepresented in these fields of tomorrow,” Crowley said. “With a dedicated grants program, we can help Hispanic students reach their rightful place in the STEM fields. I’m thrilled this legislation includes this important language and funding, and I hope this puts us one step closer to finally creating this critical program.”
“I’m proud to once again partner with my colleagues Representatives Joe Crowley and Ben Ray Luján to include this report language to expand efforts to increase minority participation in STEM fields. STEM jobs are the jobs of the future and crucial to U.S. competitiveness. We need to ensure Hispanics, the fastest growing demographic, are adequately prepared to take advantage of the opportunities that are available and that will only continue to increase in the future. This STEM grant program will steer millions in funding through the National Science Foundation to schools throughout the country focused on serving Hispanic students,” Serrano said.
“In today’s 21st century economy, a degree in STEM translates into high-paying, in-demand jobs and is vital to our nation’s competitiveness, yet there is a lack of diversity when it comes to Hispanics in the workforce,” Luján said. “It is critical that we strengthen the pipeline of skilled workers by encouraging Hispanic students to pursue a degree in the STEM fields. The funding included in this legislation will make this a priority so that instead of just using the latest app, Hispanic students will become a driving force that is creating them.”
“The Hispanic Association of Colleges and Universities (HACU) is delighted Congress continues to strongly support the creation of a dedicated institutional development grant program for Hispanic-Serving Institutions (HSIs) at the National Science Foundation,” said Antonio R. Flores, HACU president and CEO. “Since Congress initially authorized the creation of this program in 2010, its implementation has been one of HACU’s top policy priorities. On behalf of the 435 HSIs across the country, we are immensely grateful to Representatives Crowley, Serrano, and Luján for their unwavering support of this goal. HACU also thanks Chairman John Culberson (TX), chairman of the House Commerce, Justice, Science, and Related Agencies Subcommittee. Without his support, this language would not have been included in the 2017 Commerce, Justice, Science, and Related Agencies’ appropriations bill report. The continued leadership and commitment to HSIs from these Members of Congress will have a lasting impact on the lives of Hispanic students and of their families and communities.”
Crowley, Serrano, and Luján have been leaders in the effort to secure grant opportunities for HSIs, including co-authoring legislation and leading successful measures in the U.S. House of Representatives, as well as writing multiple letters in support of these institutions.
In 2007, Crowley inserted language in the America COMPETES Act allowing the National Science Foundation to create a program focused on HSIs. Despite having this authority, the NSF has yet to establish such a program. In 2015, the members introduced the HOPES Act, legislation that would direct the NSF to establish the program, as well as establish a dedicated stream of funding for students attending HSIs. Last year, the House of Representatives passed the members’ amendment to the America COMPETES Reauthorization Act to the NSF to establish the program.
The Commerce, Justice, Science, and Related Agencies Appropriations bill funds the Departments of Justice and Commerce, National Aeronautics and Space Administration (NASA), National Science Foundation (NSF), and other related agencies. This language was included in the committee report that accompanies the legislation as a result of efforts earlier this year, when Rep. Crowley led a letter requesting that the Appropriations Committee direct $30 million to the NSF specifically to create this STEM program for HSIs.
Menu
Los Alamos
77°
Sunny
5:48am8:23pm MDT
Feels like: 77°F
Wind: 6mph E
Humidity: 21%
Pressure: 29.96"Hg
UV index: 4
TueWedThu
90/64°F
93/64°F
88/64°F
Weather forecast Los Alamos, New Mexico ▸