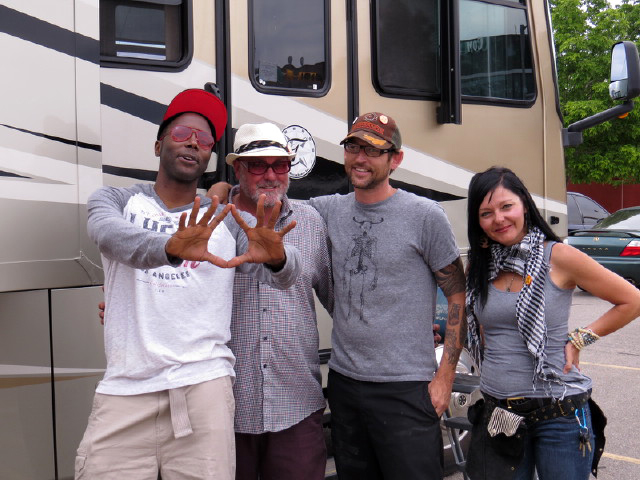 The crew from 505 and 575 Faces in front of their RV parked in the Central Park Square lot at 15th and Central Avenue Thursday to interview and photograph local folks for an upcoming book and online series about New Mexico. Photo by Leland Lehman/ladailypost.com 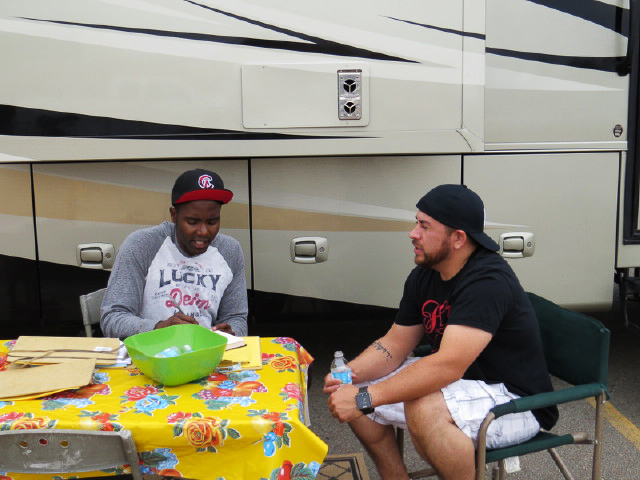 A crew of Albuquerque writers and photographers is using the 505 and 575 area codes for their project “505 and 575 Faces,” which involves touring around the state to “photograph and interview the diverse, unique and amazing people that call The Land of Enchantment home.”

They will compile the results of their travels, interviews and photos into a book, “505 and 575 Faces.” Their collection also will be published as an online web series and at a series of gallery showings around the state.

Project producer and head writer Steve Westman explained that his crew hit the road in their RV May 7 for a month-long tour of the state. They are stopping in cities and towns to set up a spot where they take photographs and interview those who become a part of the project.

Learn more about this project at 505-faces.com.