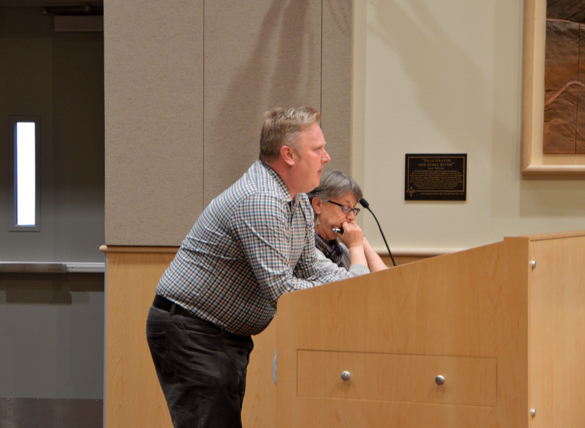 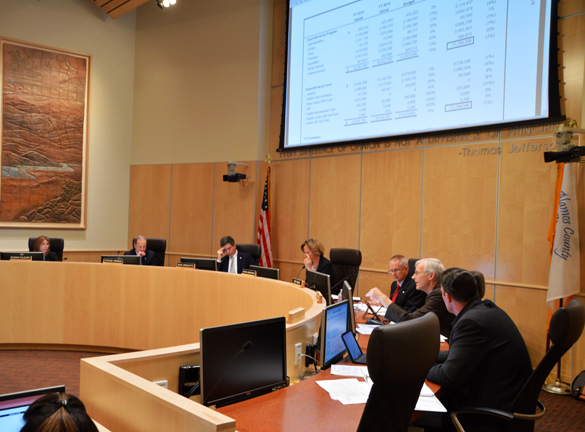 Council votes 7-0 to retain $24,400 in the library budget as part of the Community Services FY-2016 proposed budget this evening in Council Chambers. Photo by Carol A. Clark/ladailypost.com 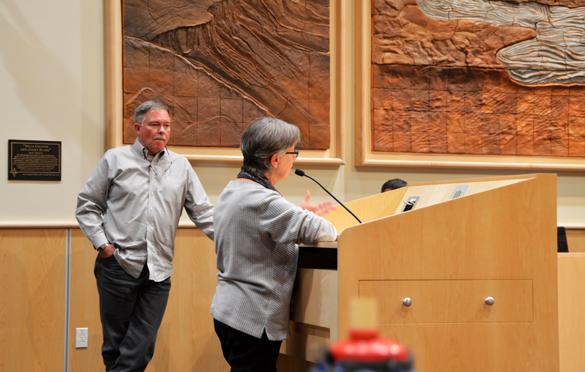 Los Alamos County begins its third night of budget hearings for the FY-2016 proposed budget in Council Chambers at the Municipal Building.

Picking up where they left off last Tuesday, County discussed the Community Services Department (CSD). The CSD accounts for 21 percent of the County’s General Fund. The Department’s adopted FY-2015 budget is $11,973,430 and its proposed FY-2016 budget is $11,794,590, which is a 1 percent decrease.

The library system comprises 19 percent of the CSD budget. Council questioned CSD Director Charlie Kalageros-Chattan and Library Manager Steven Thomas at length this evening on two items in the proposed budget – closing the library one hour earlier, at 8 p.m. instead of 9 p.m., Monday through Thursday, and closing altogether on Martin Luther King’s Birthday, Presidents Day, the day after Thanksgiving and Veterans Day (Nov. 11) rather than staying open 1-5 p.m. on those holidays.

Kalageros-Chattan explained that the annual savings is $3,600 for the holiday closings and $20,800 from closing an hour earlier Monday through Thursday.

Several Councilors expressed concern that the savings was not worth the inconvenience to the public. Councilor Pete Sheehey said local organizations use meeting rooms in the library and to some, having free space to meet is important. “This is a worthy expense,” Sheehey said.

Council agreed and voted unanimously to stay open on those four holidays and remain open until 9 p.m., Monday through Thursday.

Prior to moving into the new Nature Center from a facility leased from the schools on Orange Street, the Pajarito Environmental Education Center (PEEC), which has the contract to manage the Nature Center, contributed $35,000 in educational programs to the schools.

In tentatively approving the Cultural Services Division’s proposed budget, Council added $35,000 into the Nature Center contract. “We need to make sure the schools get the same level of services,” Councilor James Chrobocinski said.