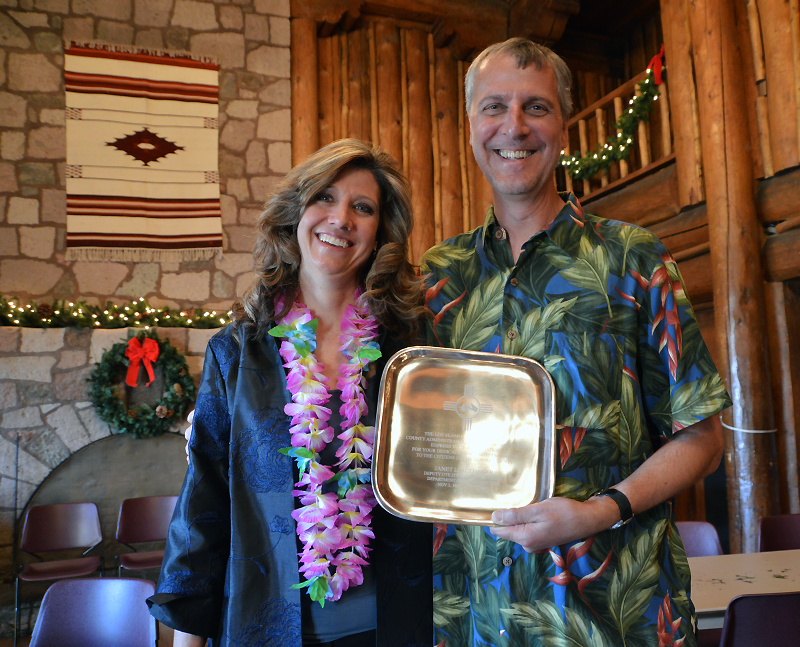 Janet Bettinger went to work for Los Alamos County as a student intern in the finance department when she was 18 years old.

“I always said I would retire when I was 46 and that seemed so old,” Bettinger said at her farewell party at Fuller Lodge Wednesday. “Now I’m 46 and it doesn’t seem so old.”

Bettinger moved over to the Department of Public Utilities in 1989 as a customer service representative. Her boss of 23 years, John Arrowsmith, joined the DPU in 1990.

“John was the ideas man and I implemented those ideas,” Bettinger said. “It’s been a great career at the County.”

Arrowsmith joined a stream of County officials and employees who stopped by Fuller Lodge Wednesday to say goodbye to Bettinger.

“When I first started working at the County 23 years ago as finance director it was a pretty important job … there were a lot of things going on at the time and I learned very quickly that Janet was the ‘go to person’ for any information that I needed … and she still is,” Arrowsmith said.

Bettinger explained that the County has always been a good employer to work for during her career and that she has had “great employees.”

“People asked me why I didn’t go to work for the Lab, but there I would have been a little fish in a big pond and at the County I was a big fish in a little pond,” she said.

As for Bettinger’s future plans, she hasn’t yet decided.

“My daughter is a junior at Los Alamos High School and my parents live in Rio Rancho so I will probably move from here after my daughter graduates,” Bettinger said. “The options are unlimited – the world is open to me for anything and everything.” 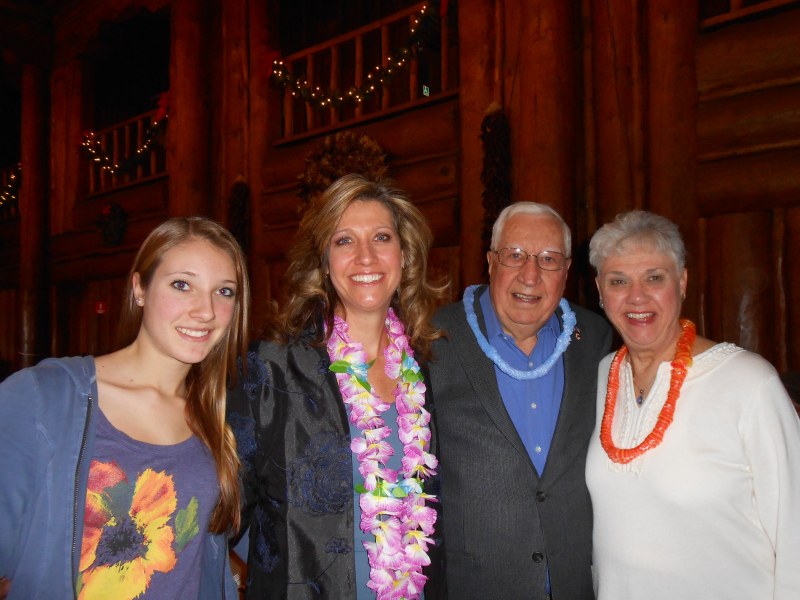