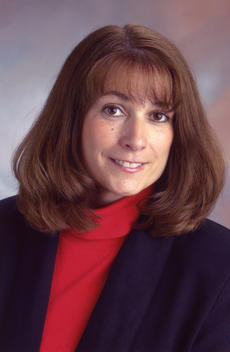 The County issued the following statement today regarding the settlement: “Los Alamos County and former employee Diana Stepan reached a settlement agreement on Aug. 1, 2012. The settlement addresses a claim that Stepan had filed last year against the County and former Acting County Administrator Randy Autio after her termination of employment. The County was represented in the settlement by the New Mexico Self-Insurer’s Fund, an insurance pool of New Mexico municipalities and other political subdivisions, including the County, through an arrangement with the New Mexico Municipal League. Under the agreement, the New Mexico Self-Insurer’s Fund will pay $800,000 to Stepan. The County will pay $175,000 of that settlement, which includes a $25,000 deductible.”

Stepan’s attorney Sam Bregman had brought the case before the Equal Employment Opportunity Commission, which found in favor of Stepan May 31.

The EEOC found the County guilty of sex discrimination as well as retaliation against Stepan, who was fired Jan. 3, 2011 after filing a grievance against former County Administrator Anthony Mortillaro.

“It has been clear from the onset that there has been a culture of discrimination at the County,” Bregman told the Los Alamos Daily Post this afternoon. “It was a good ‘ol boys club and the way the County treated Diana was horrific and has no place in the workplace – thus this settlement. Diana is a CPA and has a MBA and the way the County marginalized … they removed important responsibilities from her, giving her instead ‘women’s work,’ having her arrange office parties and order birthday cakes.”

Bregman went on to say that the situation at the County has not only affected his client’s earnings, but has had “a very damaging effect on her health as well, because of the way they treated her.”

“Now she is going to apply her education and excellent work ethic for her next job, whatever that might be,” Bregman said.

Stepan said that she is placing the money from this settlement into a trust fund for her 12-year-old son Tommy, who wants to attend MIT.