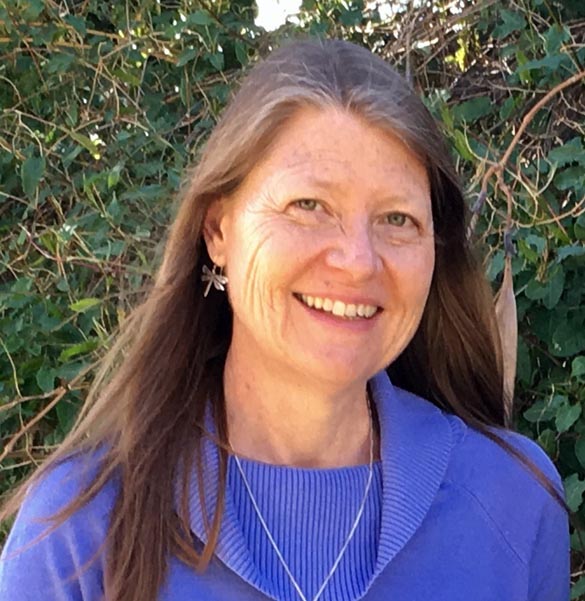 Sullivan takes over from Steven Thomas, who resigned in March to take a job in Seattle. She said she is excited to take the helm of a library system that exceeds national benchmarks and is among the stellar libraries in the state.

“I’m absolutely delighted to be coming to Los Alamos. It is an honor to serve Los Alamos as the library manager,” Sullivan said, adding that she looks forward to with working with library and County staff and the community.

One of things Sullivan appreciates is the County’s motto. “I really love the motto of the town: ‘Where Discoveries Are Made.’ It really resonates with me,” she said.

Sullivan explained that libraries fit that motto, saying “Libraries are very much the hubs of discovery.”

Sullivan brings a lot of experience to the table. She worked for seven years as the library director in Silver City. “I think there are certainly a lot of things I have learned in my position in the last seven years,” she said.

She said that she found collaboration and building community collaboration to be valuable. As Silver City’s library director, Sullivan worked with the arts and cultural district to help promote economic development and tourism. She oversaw a $500,000 renovation project, managed several technology projects, and expanded library programming.

She added she also learned that libraries are about building and sustaining the community.

While Sullivan has had a lengthy experience in library science, she actually started out in music. She graduated from the Wisconsin Conservatory of Music and worked as a freelance musician and taught violin in the preparatory program at Lawrence University in Appleton, Wisc.

Sullivan describes herself as an “accidental librarian.” She is actually a second-generation librarian; her mother worked in a medical library.

“I grew up in libraries and really loved them,” she said.

She earned a degree in library science at the University of Texas in Austin. Thirty years ago, Sullivan moved to New Mexico, managed special libraries, then worked at the University of New Mexico’s health science library.  She also worked in the university’s Center for Telehealth, where she used technology to connect physicians to patients in rural areas.

When Sullivan moves to Los Alamos, she said she expects to be doing a lot of listening and asking questions. She added she hopes to learn how the local libraries incorporate technology in their operations as well as how libraries can help businesses, individuals and enhance the cultural and creativity of the community.

“To me, it goes back to the idea of libraries really building and sustaining the community,” Sullivan said.

For instance, in Silver City, the libraries hosted small concerts and Sullivan enjoyed watching the interaction between audience members before and after the show. The concerts helped participants connect. “In a sense, they provided a opportunity for people to come together,” she said.

Both Sullivan and her husband are outdoor enthusiasts, she said, and they look forward to Los Alamos’ numerous recreation activities such as hiking, biking and trail running.