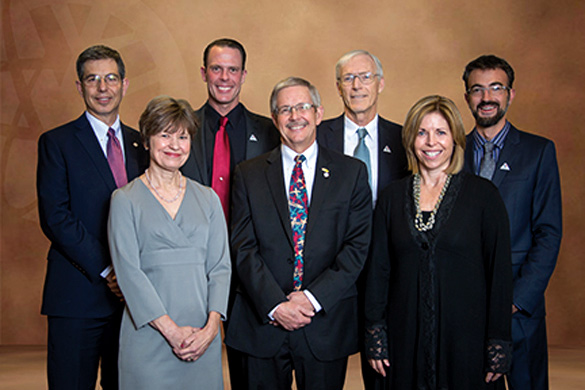 Despite some controversy, the Los Alamos County Council adopted its 2017 Council Procedural Rules at its March 21 regular meeting. However, there were two items that caused considerable debate.

Councilor Rick Reiss voiced strong opposition to the amendment requiring Council to disclose outside employment, memberships and financial interests and he voted against the motion. (Watch video at http://losalamos.granicus.com/MediaPlayer.php?view_id=2&clip_id=1173 (Reiss starts talking about his feelings on disclosures at about 1:57 into the video.)

“I actually like the way it is written right now and in fact I proposed that it be written this way … I do not have a conflict of interest and when I do, I recues myself from the vote and that is what is required by the law,” Reiss said. “I think we are trying to fix a problem that doesn’t exist; it’s already in the code, county and state. I think posting on our website serves no purpose and is not as efficient as suggested by those in the newspaper (Letter in Los Alamos Daily Post).”

Reiss continued saying he felt the amendment could deter people from running for public office because it sets a tone that people who serve are not trusted. He explained they may not want to get involved because they are invested in this community not just in service but financially, too. He added he felt it put pressure on some Councilors because they have been painted with a broad brush.

“I think we can carry this to an extreme … I don’t think we need to encourage witch hunts and nosey people from looking at material they can get when they have a good reason to go get it as opposed to not having a good reason. I do not agree that we need to put it on the website,” Reiss said.

Council ultimately voted 6-1 to require its members to annually submit all outside employment, membership and financial interest forms no later than Jan. 15 to the County Human Resources Division and not only be filed and available to Public Records Act requests but also posted on the County’s Sunshine webpage.

Under the new procedure, the Human Resources Division will remind Councilors to fill out these forms in a timely manner.

Councilor Chris Chandler motioned to approve the changes regarding financial and employment disclosures. Chandler said she presented this issue at a previous meeting in January and explained the reason for her suggestion to change the procedure was to enhance transparency. Watch video of Chandler addressing the issue at https://youtu.be/hy5Hc0Jwa04.

“I think it is important for us to set an example in terms of transparency,” Chandler said.

She pointed out that the County is going to be involved in many upcoming transactions and adopting this amendment will assure the public that councilors are not benefiting personally.
Council Vice Chair Susan O’Leary seconded Chandler’s motion. “I’m sorry that this is a difficult issue for some of us … I thought a lot about this because I knew it was going to be a contentious issue … I think the thing that really makes me support the change and support the idea of having the disclosures be public is the fact that I’m only going to be on Council for a certain amount of time and in the future I personally would like to know this kind of information about our elected representatives.”

Chandler added, “This is not a suggestion that’s intended to offend anyone or anything along those lines.”

The second major amendment, sought to remove an item encouraging Councilors to make their comments at regular Council meetings on matters regarding the work of County boards or commissions rather than at those board or commission meetings. Chandler motioned to have the item removed saying it seemed to suppress a free and open exchange. Council voted 5-2 to approve her motion.

The next Council meeting is Tuesday, April 4 in Council Chambers at the Municipal Building, 1000 Central Ave. The meeting is open to the public.