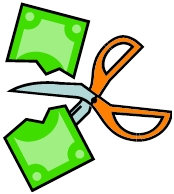 Burgess explained that capital improvement projects and other pending actions by Council that involve large expenditures of money were temporarily being put on hold.

The County’s budget was predicated by Los Alamos National Laboratory budget concerns. The actual LANL expenditures were lower than the level anticipated by the County.

“Some of that is due to a directive on the Lab side to carry over more funds than they originally would have,” Burgess said.

LANL’s fiscal year ends Sept. 30. Normally, September is the largest revenue month for the County because of the Laboratory’s end of year expenditures and a “use it or lose it mind set.” But due to the decrease in spending at the Lab, the County is receiving $3 million less than in September of the prior year.

“That number causes concern, but two days later we were informed of a decision by the state that there was to be a rebate of certain taxes paid,” Burgess said.

The County will have to repay $3.5 million to the Lab for the FY11 tax year GRT rebate. So that is another unanticipated reduction in revenue.

“It affects our carryover cash and the money available within each of our funds, especially the general fund,” Burgess said. “With those two sobering pieces of information, we’ve been looking internally at how we might bridge the gap. The County has been very proactive in establishing reserves in addition to those required by the state.”

Burgess told the Council at last Tuesday’s meetng that the County won’t run out of money to fund this year’s budget … however it is clear that future budget years will be difficult.

“I do know that we have approximately enough cash in the reserve funds to carry us through three of these cycles,” he said. “However, the question becomes when will the federal situation change and the budget at the Lab actually increase to see a greater return at the County level and I can’t predict that.”

Burgess said the County has begun a process to analyze expenditures and revenues and to try to get a better handle on end of year projections, in addition to reducing expenditures.

“As I was looking at those agenda items and noting several million dollar decisions to be made by this Council at this meeting and the next one and potentially in the first few meetings in January, I felt I would not be in a good position to explain why we continued with those decisions without first having a discussion holistically about our budget,” Burgess said.

A mid-year budget review has been tentatively scheduled for Council’s Jan. 29 meeting. Burgess said that will allow the County enough time to put together a proposed package of how the County will bridge the gap.

“We are not going to bridge this gap simply by stopping capital expenditures. I am not suggesting tonight that we are stopping capital expenditures,” Burgess said. “I just felt that we had to look at every aspect of our budget before making those decisions regarding those multimillion dollar projects. There are a number of avenues we have already identified that will help with this process, but I don’t want to get ahead of myself and actually mention specifics until we have an opportunity to put together a cohesive plan. I am considering those items that were on tonight’s agenda to simply be postponed at this time. I understand there are obviously interested parties with respect to many of these projects. At the various meetings that these groups have held, we have begun to discuss this issue and the fact that we are likely looking at February before we will be making decisions on those and other projects.”