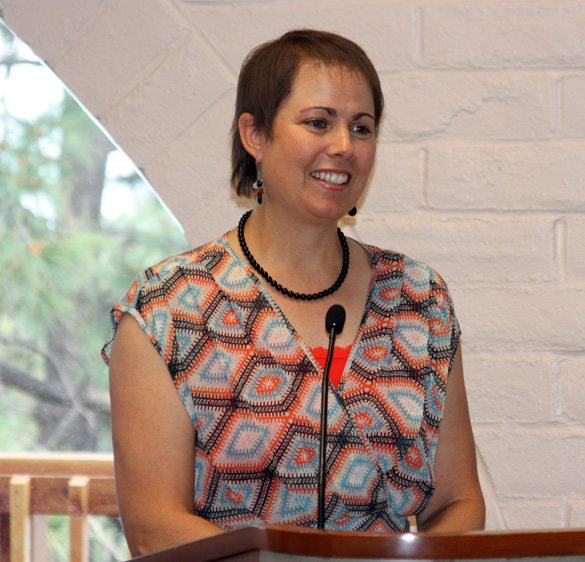 Los Alamos Public Schools Chief Operations Officer Joan Ahlers reported at the June 10 School Board Meeting that the Los County Council authorized LAPS to spend $700,000 to remodel the Canyon Complex at the May 27 County Council meeting.

LAPS leases the Canyon Complex to Los Alamos National Laboratory. At a previous meeting, the Board authorized LAPS staff to place the request before the County Council. The Board has voiced concern of the deterioration of LAPS’s lease properties at several previous meetings.

The $700,000 is part of a fund originally totalling $1 million that the County set aside to assist LAPS with remodeling its facilities. The County is interested in projects that will improve the façade of those properties, Ahlers said. Smaller projects of less than $20,000 have been funded previously, but this is the first large project to be funded from the money the County set aside, she said.

The School Board voted unanimously (Jim Hall was absent) at the June 10 meeting to spend an additional $370,000 from its lease incomes to pay for the remainder of the approximately $1 million project to remodel the Canyon Complex. The project will include upgrading the restrooms and heating, ventilation and air conditioning system as well as replacing windows and doors and repairing and remodeling the exterior of the building.

“I think it’s wonderful to see the cooperation between the schools and the County,” Board Member David Foster said.

The south-facing façade of the complex will have a vestibule so LANL employees can wait inside to scan their badges, Ahlers said, adding that, “LANL is very excited about the renovations.”

Upgrading the facility could possibly increase rental income from the facility by as much as 25 cents per square foot, she said.

Ahlers reported that five years of fundraising to replace the seats at Duane Smith Auditorium allowed LAPS to request bids for the project. The bids came in lower than expected, so funds will be available for other upgrades at the facility. LAPS is currently deciding which upgrades to request.

In other facilities updates, Ahlers presented a proposal to construct removable walls in one of Los Alamos Middle School’s common areas to accommodate next year’s large class of seventh graders. When this large class leaves for Los Alamos high school, the walls can be removed. After LAMS Principal Rex Kilburn voiced his approval of the plan, the board instructed Ahlers to proceed with gathering information and bids for the project.

State funds have paid for refurbishment of the locker rooms at LAMS, Ahlers said.

The School Board unanimously passed a motion to set up a 20-year Master Plan Committee to plan for future facilities expenditures by LAPS. The board will bring suggestions for members of the committee to a future meeting. A previous committee set in motion the renovations of LAHS, LAMS and Aspen Elementary School, Ahlers said.

“Now we need our next set of projects,” she said. “We’re holding off on major projects because we’re not sure what direction we’re going.”

Ahlers said that Barranca Elementary is in the “worst shape” of the five elementary schools and renovations there have been put off while a decision is made whether to remodel it or to spend funds elsewhere, for example, to create one large elementary school in White Rock to replace Pinon and Chamisa.

“In the next 2.5 years, we have to decide whether we will be a four or five elementary school district,” Board Vice President Kevin Honnell said.

The District is scheduled to bring the next bond proposal to fund school renovations to the community at that time.

“I believe we need to start having community discussions about having only one school in White Rock,” Board President Judy Bjarke-McKenzie said.