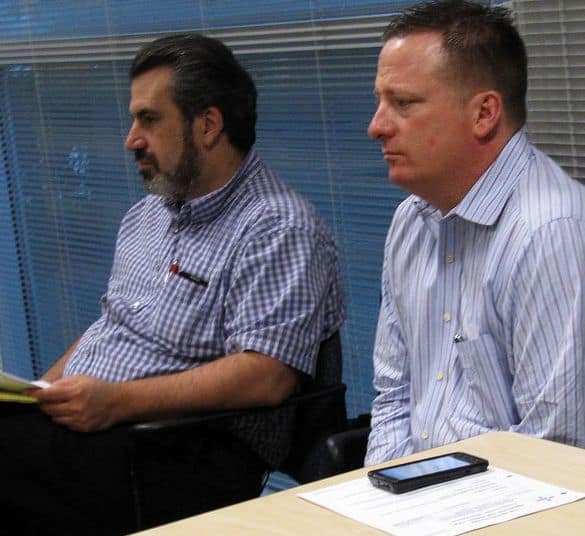 Reporting in to Deputy County Administrator Steve Lynne will be the new Community and Economic Development Department, which now consists of Capital Projects & Facilities and Community Development staff. Lynne will also have oversight of the Administrative Services Department, a responsibility held over from his previous job as Administrative Services Director, one of the few remaining vacancies after Lynne became the new Deputy two weeks ago. No decision has been made yet about filling this Department Director position, Burgess said, adding that he is still planning to fill the vacant Community Services Director position, which will be a direct report to Bosshardt.

The new organizational chart released to employees also shows two “functional” areas of responsibility. The functions were added to the chart because Burgess said he felt the County needed to heighten awareness and focus on two particular areas. First, Council’s goal for employees to achieve “Organizational Excellence” will be led by Bosshardt. Second, both Bosshardt and Lynne will be continuing to split duties for the function of “Intergovernmental Relations” – a term which broadly covers agreements, relationships and partnerships between Los Alamos and other entities, organizations or communities, including LANL, DOE/NNSA, the pueblos and a number of Northern New Mexico municipalities and counties.

Burgess said he is continuing to meet with the new Deputies and Department Directors this week and will follow up with Council about the status of other vacant positions at a subsequent Council meeting. New Public Works Director Philo Shelton will begin working for the County on June 25, and newly named Community and Economic Development Director Anne Laurent re-located to the Community Development office earlier this week to ensure a smooth transition with former Acting CDD Director Steve Brugger, who will be leaving Los Alamos for a job with Santa Fe County government on May 17.