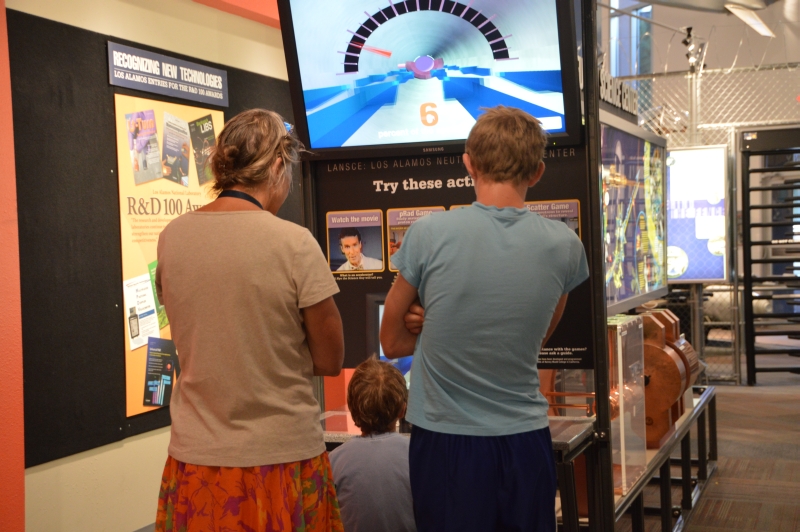 Los Alamos County Council Chair David Izraelevitz at the Los Alamos Daily Post Monday afternoon where he discussed his decision to seek another 4-year term on the Council. Photo by Carol A. Clark/ladailypost.com

David Izraelevitz has announced his intention to run for reelection to the Los Alamos County Council.

Izraelevitz was first appointed in 2011 to fill a vacancy on Council after Gov. Susanna Martinez appointed Councilor Jim Hall to fill the House seat in Dist. 43 following the death of longtime Rep. Jeannette Wallace who died from an illness. Voters then elected Izraelevitz to a full four-year term on Council in the November 2014 election.

Izraelevitz discussed his reasons for wanting to serve another four-year term during an interview Monday afternoon at the Los Alamos Daily Post.

“Over the last seven years we’ve made tremendous progress in our town and I feel I have a lot to contribute to help continue that path forward,” Izraelevitz said.

One of his top priorities is the local housing issue.

“We are finally making progress and we’ve got to bring that to fruition,” Izraelevitz said. “We have got to develop housing that is attractive to seniors, the workforce segment, those seeking entry level starter homes and those looking to move up. This involves several things including working with developers, identifying properties and putting together financing options.”

Another important issue is the LANL contract, he said.

“I feel I have much to contribute on this issue having worked at the Laboratory and because of my work at the Legislature in helping to preserve our tax base,” he said. “There are of course many other issues affecting our community, which I will address in the coming weeks and months.”

Izraelevitz is a first generation American, immigrating to the US at the age of 11 from Uruguay, South America. He moved to Los Alamos in 1995 from Boston with his wife Terry, and there three children Joseph, Jacob and Adam.

He has been active in many local community organizations, including the Lunch Buddies Program at Barranca Mesa Elementary, the local middle school MathCounts team, the Los Alamos Employees’ Scholarship Fund, the J.R. Oppenheimer Memorial Committee, and the local section of the Institute of Electrical and Electronics Engineers. Izraelevitz also has been very active in the Los Alamos Jewish Center, serving in a variety of board positions, including president for several terms. Izraelevitz is a founding board member and president of the Los Alamos Community Foundation.