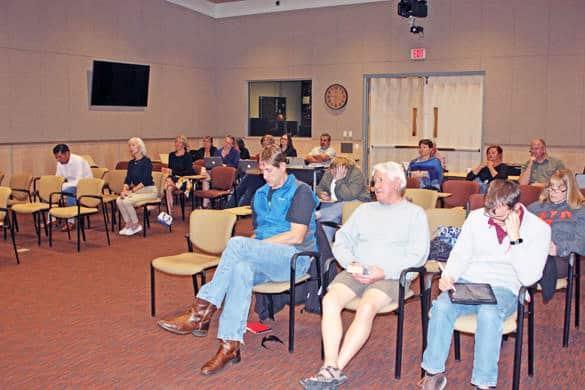 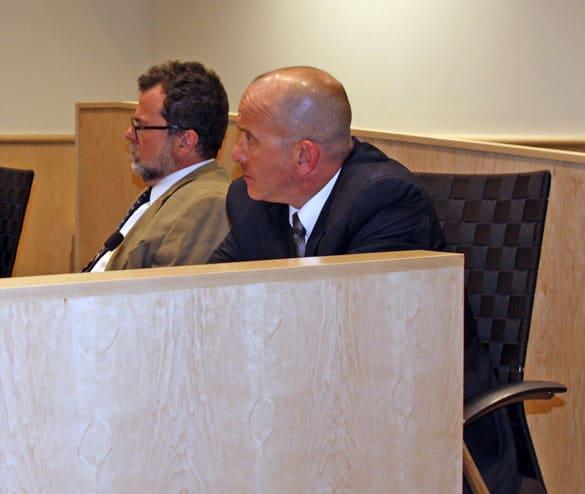 How the County should move forward in its role with the Regional Coalition of LANL Communities (RCLC) and correct past mistakes regarding reimbursements was discussed at length Thursday night during a special Los Alamos County Council meeting.

No formal action was taken on the subject; the meeting was informational.

A variety of opinions were presented on how to respond to the investigation report by the Adams and Crow law firm as well as the state auditor’s report regarding the RCLC’s travel reimbursement policies and the County’s role in these policies as the RCLC fiscal agent.

The Adams and Crow Law firm was hired by Council to investigate allegations of improper use of public funds by the RCLC in August. County Manager Harry Burgess listed several factors that he said contributed to an inappropriate RCLC travel policy and reimbursements:

While Burgess identified these problems, he disputed several Adams and Crow’s findings, which he highlighted:

Question 3: Did any current or former elected or appointed official acting on behalf of Los Alamos County as Treasurer of the RCLC or otherwise signed approval of improper expenses incurred by RCLC?  Burgess said former Councilor and RCLC Treasurer Kristin Henderson did approve “minor improprieties.”  He attributed this mainly to the differences between the RCLC, County, and state travel policies. In relation to former Deputy Manager Brian Bosshardt or Lynne’s “approval” of improper expenditures, the law firm’s report states their practices inferred approval, but the language presented does not state this directly, and instead acknowledges their submission to the RCLC treasurer for his/her approval.

Burgess said insufficiencies did occur with RCLC travel reimbursements. To correct these insufficiencies, steps have been taken, he said. For instance, the RCLC agreed to change its travel policy and the County requested a fiscal agent memorandum of understanding. Additionally, a new RCLC executive director was hired. While Burgess said he is not recommending the County remove itself from the RCLC, there is liability whenever it interacts with an outside organization. Additionally, he said he feels the RCLC board relied on County staff to do board tasks. He concluded saying neither he nor Adams and Crow found any County employee or elected official knowingly or willfully violated the law.

Councilors offered a variety of viewpoints on Burgess’ report.

O’Leary expressed her disapproval toward the report. She said after looking at the information and thinking over what she learned, said, “I am so incredibly disappointed that our tax dollars were spent in this manner for so long.”

She said that since its inception, the County has funded more than $800,000 to the RCLC, adding that while some councilors are very enthusiastic about the RCLC, she wondered how many in the community know about the organization or are aware of the County’s financial commitment to it.

“I think we need to do better,” O’Leary said. “This is very serious.”

O’Leary offered her own suggestions on how to handle the situation. She recommended extending the investigation to go back to genesis of the RCLC and request anyone who inappropriately received reimbursements to return the funds to the County.
Further, O’Leary said she would like to see senior management staff investigated as well as the Council chair and council liaison to the RCLC to determine if they knew about the severity of the issues and travel abuse.

O’Leary said she would also like to see changes in the County’s own travel policy, which she said is too generous. She proposed holding a closed session to discuss Burgess’ plans for disciplinary action against those senior staff who she said committed wrongdoing and the council should discuss Burgess’ own performance. The County also should cease its role as RCLC fiscal agent as well as either stop funding or minimally fund the RCLC, she said.

Councilor Pete Sheehey said he agreed that the situation is serious.

“We, Los Alamos government, failed to do our business in the way citizens expect …  inappropriate spending, sometimes outrageous spending, was made. We allowed RCLC to operate for years with a travel policy in violation of state law … its (RCLC) reputation has been badly damaged. We need to rectify any wrong doing … if RCLC can do its job,” he said.
Sheehey commended Burgess, saying his focus was correct. Sheehey said Burgess identified violations and made recommendations to fix them.

“Our top management has shown the right attitude, deal with it, and make sure it doesn’t happen again,” he said.

Sheehey added County management “have done a lot of good work for the County and will continue to do the good work that we need.”

Still, Sheehey said the Council needs to address any misconduct.

Council Vice Chair Christine Chandler agreed the County should no longer be fiscal agent for the RCLC. She said it seems clear the County didn’t have an adequately defined role, which led to a lot of misunderstanding.

Chandler said she felt County staff did assume leadership over the RCLC.  It is important, she added, to get to the bottom of what happened but it is up to the RCLC to do that and not the County.

“I believe it is the RCLC that needs to get to the bottom of what was spent,” Chandler said.

The County would assist but Chandler recommended allowing the new executive director a little time to do a lesson learned and inform the Council what is being done to correct the travel policy.

Maggiore echoed Chandler’s thoughts. It is on RCLC’s shoulders to find all improper reimbursements and demand that the money be returned, he said.

He added this should be done before County Council determines “what level, if any, it will continue to fund RCLC. I think it’s important to see from the coalition this very basic (skill) to stand on their own two feet.”
Maggiore thanked everyone who was involved in the investigation. A clear willingness to cooperate, is for him, a benchmark of transparency, he said. It’s meaningful to say mistakes were made but will get to the bottom of it.

“I would expect nothing less from staff but I find it reassuring to see it in practice,” he said.

Council Chair David Izraelevitz said he also concurred that the County should remove itself as fiscal agent of RCLC. Still, he said he wanted to make sure the move wouldn’t hurt the organization. He said RCLC has a lot of value.

Additionally, Izraelevitz said the County needs to have a clearer responsibility regarding the RCLC, whether it is a fiscal agent or not.
He added, “I don’t want to go without acknowledging the professional response that staff has had. They have been forward about the mistakes that were made. Mistakes don’t necessarily imply responsibility … the RCLC has been an immense value to the County.”

Councilor Morris Pongratz, who serves as liaison to the RCLC, reported on the status of the RCLC. He reported Eric Vasquez was hired as executive director. Vasquez did inform the board that his firm does have legal council, Pongratz said. Furthermore, Pongratz said that the new RCLC Treasurer Peter Ives said that the board members should be reimbursed through their own organizations and not through the RCLC. Additionally, Pongratz said the board is looking to draft a RFP to hire an accounting firm to look at the legality of expenses so the task would land on the fiscal agent.