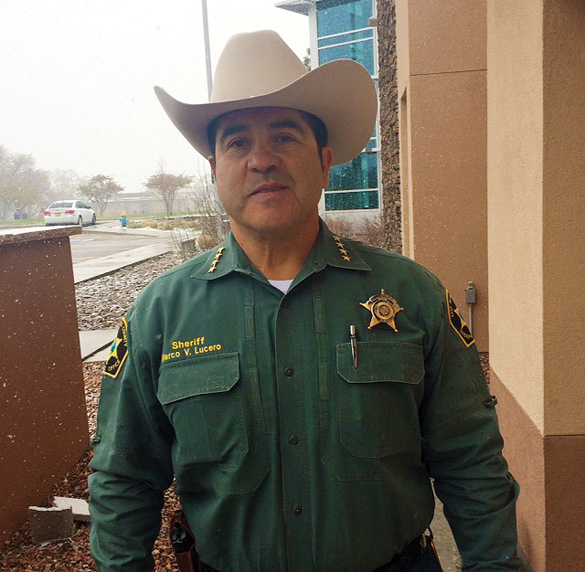 County residents voted 5,284 to 4,825 in November to reject an attempt by several Los Alamos County Council members to abolish the Office of Sheriff and combine all his remaining duties with those of the police department. Now, Sheriff Marco Lucero says he has submitted his budget request to the County for the funding he needs to do the job he was elected to do.

“The will of the people to have a sheriff was declared in the November election,” Lucero said. “I am calling on the County Council to recognize that I need the funding to perform my duties under state statutes.”

Lucero said he really appreciates Councilor Pete Sheehey taking the time to meet several times with him on the funding issue and hopes the remainder of the Council will come to the table to discuss it with him. He had hoped to meet with the Council at its April 4 meeting, but said Sheehey wanted to wait until June.

“The citizens voted to keep their sheriff, so we have to get agreement on the Council as to what the role of the sheriff is,” Sheehey said Tuesday. “That is something that rather than deal with it during the budget hearings, I am planning on discussing it and trying to get an agreement after the budget hearings but before the new fiscal year starts in July.”

“Before July, I will attempt to refine the role of the Sheriff’s Office. The Sheriff will ask for funds to do his duties but few first need to ask for a resolution to define those duties. I think it’s appropriate to give the Sheriff some duties but also that the Sheriff and any deputies he has should be New Mexico certified officers, which protects them, protects us, and makes it possible for them to be properly liability-insured as all law enforcement officers should be,” Sheehey said.

Sheehey added that the Council could do a budget adjustment in July to allow the Sheriff to do the jobs they agree he should do.

County budget records show that the office of the sheriff has received $80,000 to $87,000 annually since 2015. Since 2010, various Council members have openly sought to abolish the office and hand the sheriff’s duties over the police department and have denied funding requests for vehicles and other resources for Lucero. In 2015, Lucero said he received a donated unit from Santa Fe Sheriff’s Office but the County refused to maintain, refuel, or insure the car.

In June 2016, the Council voted to place the issue on the November ballot, transferred roughly 50 percent of Lucero’s budget into the LAPD budget, and transferred his administrative assistant to LAPD. Lucero was notified that due to lack of funding to pay and insure his deputies, they would have to be let go. Then in July 2016, County human resources personnel gave him copies of letters sent to his deputies notifying them their employment had been terminated.

Despite these apparent efforts to dismantle the office even prior to the November election, the majority of voters indicated their desire to have an elected law enforcement official in the County and now they are waiting to see what will happen during the budget process.

Meanwhile, Lucero has submitted a budget proposal of $348,118, which includes $65,000 for a 3/4-ton truck equipped with radio, a toolbox, and a gooseneck hitch for horse transportation, and $46,000 for a passenger vehicle with a cage for transportation, communication, and lights. 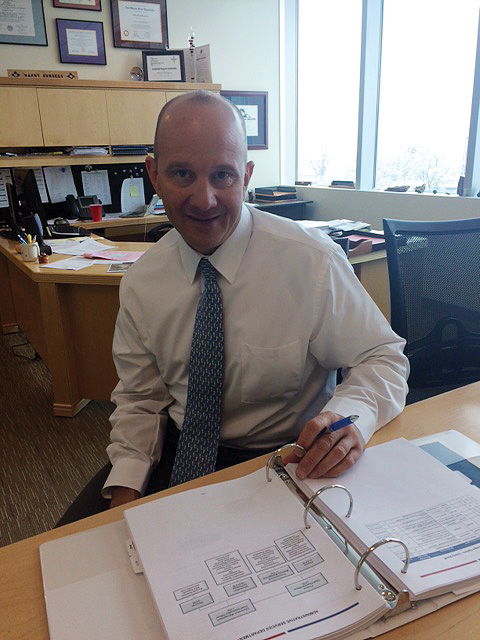 The County’s proposed budget shows a total of $15,510, an 82 percent decrease from the Sheriff’s FY2017 budget. It reflects only $6,889 for salaries compared with $50,388 from last year and lists only one full-time employee. Lucero says these figures were devised by Burgess and County Budget and Performance Manager Karen Kendall following the Council’s directions.

Burgess confirmed Tuesday that the budget numbers for the Sheriff’s office were developed largely on the actions taken by the Council last June following the resolution which changed the Sheriff’s duties and reduced his budget accordingly. He said Lucero’s budget will probably be discussed on the first night of public budget hearings, which is Monday, April 17 when the budgets of the elected officials are usually discussed.

Lucero’s attorney Blair Dunn says he is awaiting the results of the budget process.

“If there is no funding for the sheriff to provide service, it would warrant us filing some sort of lawsuit or writ of mandamus to sue the County for their failure to give Sheriff Lucero the money to be able to operate and fulfill his obligations under state statutes,” he said. “If funding is provided, that would forestall the need to litigation.”

Dunn said a notice of intent to sue under the New Mexico Tort Claims Ac for malicious prosecution, constitutional violations, and prohibitory mandamus sent to the Council in November 2016 received no response.

“There’s a certain amount of disappointment on our end. They never acknowledged it, or never answered it,” he said. “We asked for a meeting and we still hope they will acknowledge that a discussion is more productive than litigation.”