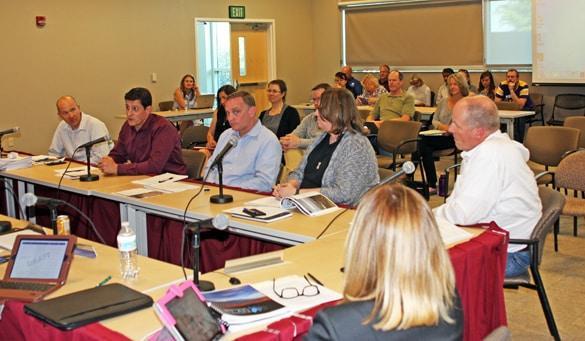 How should Los Alamos County government work to strengthen and grow its economy? Should the priority be mainly on trying to bring new high tech Lab spin-off businesses to town to grow high income jobs or should local government focus on building the tourism economy to leverage its gateway status for the benefit of all residents? Or some combination of the two?

The Los Alamos County Council mulled over these questions during their work session Tuesday night. The Economic Vitality Action Team made a presentation to the council. The presentation addressed the updates made to the County’s existing economic vitality strategic plan.

County Manager Harry Burgess explained the current plan was developed in 2010. The proposed version discussed on Tuesday, he said, looks at the past, the present and future.

According to agenda documents, the plan recognizes Los Alamos National Laboratory (LANL) as the County’s principal economic driver and most valuable asset. It also focuses on prioritizing housing, quality of life and economic development goals to best support the Laboratory, in particular (and actions as they directly address) the Lab’s most pressing needs for recruitment and retention.

Nakhleh said they didn’t want the plan to be “fuzzy.” The team, he said, took strives to find what was within the County’s power to accomplish and address concrete actions.

“From my perspective … housing was going to be my number one priority,”  Nakhleh said.

Sullivan added the plan’s goals and actions can actually be measured. While there is not 100 percent agreement about what’s in the plan, Sullivan said, “Overall I think everyone is very pleased with what was turned out.”

This was a fun group to work with, Rooney said. She concurred with Nakhleh that housing should be the number one priority. She added she felt the County needed to sufficiently allocate it resources, specifically, its land.

Woodruff said the County should really have tangible housing data that can be provided to developers.

Councilor Susan O’Leary emphasized the economic vitality strategic plan is an important long range planning document. While she commended the team for its work, O’Leary said she was concern that the plan was not vetted by the public. She said she felt more public input from citizens and businesses should be gathered.

She also wondered about the plan’s emphasis on growing high tech start up companies when in the comprehensive plan survey, respondents had prioritized tourism economic development and requested more retail, restaurants and tourism industries.

“We need to do what our citizens want us to do,” O’Leary said.

“We need to grow these other areas so we are less vulnerable and we have everything we need to do that,” O’Leary said.

Councilor Antonio Maggiore echoed this, too, saying, “I think this document has a lot of promise but I am not entirely sure it is finished or properly vetted.”