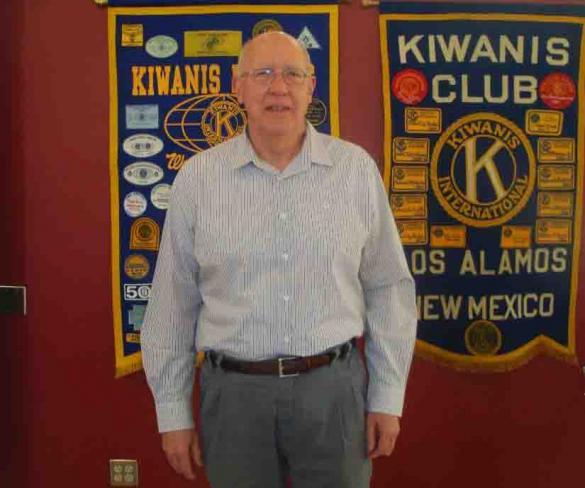 John Bliss, a Republican running for County Council, is a devoted family man. When Kiwanis invited him to come and speak April 3, he said no because his son was getting married in another state.

Given another chance in May, he agreed—but said he might have to answer his telephone during the meeting because his fifth grandchild was due.

In his remarks, he stressed his experience as a leader and the importance of experience to the council.

During his years in the Army, Bliss said he led a NATO working group that included people from six nations. Later, he served as a group leader at Los Alamos National Laboratory before his retirement.

The county “is continually at a crossroads,” he said. Should we grow? Or don’t we want things to change? We now have a national park here, but we don’t want to become like other park cities, “selling rubber tomahawks.”

Experience, he said, can help the council be flexible while making good decisions and developing innovative solutions to important problems involving housing, the local economic base, and retention of residents.

Why did he decide to run? Bliss said that three of his four children live here, and all four of his grandchildren (and No. 5) will, too.