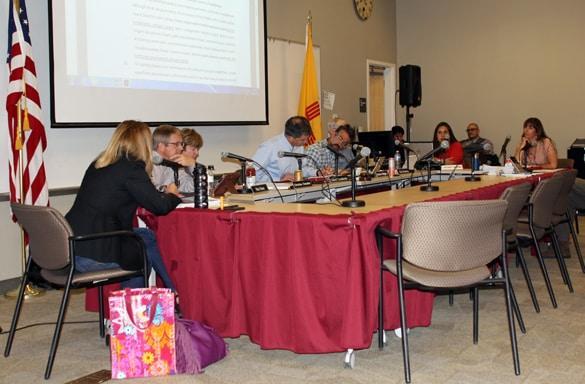 Los Alamos County Council approves the Community Development Department advisory board during the meeting Tuesday night at Fire Station 3 in White Rock. Photo by Kirsten Laskey/ladailypost.com
By KIRSTEN LASKEY
Los Alamos Daily Post
kirsten@ladailypost.com
Los Alamos County Council unanimously passed the creation a Community Development Department Advisory Board Tuesday night at the Council meeting in White Rock.
Additionally, Council approved that the board should submit a work plan to the Council by October.
Councilor Antonio Maggiore originally introduced the ordinance for the advisory board during the May 1 County Council meeting but due to substantial changes made to the ordinance, the decision on whether to approve the ordinance was delayed.
The changes made to the ordinance included increasing the number of citizens who can sit on the board from five to seven. The other revision was to have advisory board members disclose any real estate interests, as well as any family members’ and other contacts’ interests. Additionally, due to charter rules, members can serve two consecutive terms rather than three.
According to agenda documents, the advisory board’s duties would include reviewing all code enforcement notices of violation on a monthly bases and making policy recommendations to Council based on such reviews. Further responsibilities of the board would include working with staff on revisions and clarifications to the code, community outreach and organizing volunteer neighborhood cleanup efforts.
Assistant County Attorney Katie Thwaites said the ordinance to create the board would be implemented 30 days after its publication notice but there is no legal requirement for when the process of creating the board should begin. Council will approve board members. As with all boards, submitting an application does not guarantee a place on the board, she said.
Looking at the boards and commissions calendar, Thwaites said the third and fourth Monday of the month would work best for the new board, if it were to meet in the evenings.
Maggiore said, “I think this is necessary, vital and hopefully with a minimal amount of discussion tonight we can get approved … and get this process rolling.” 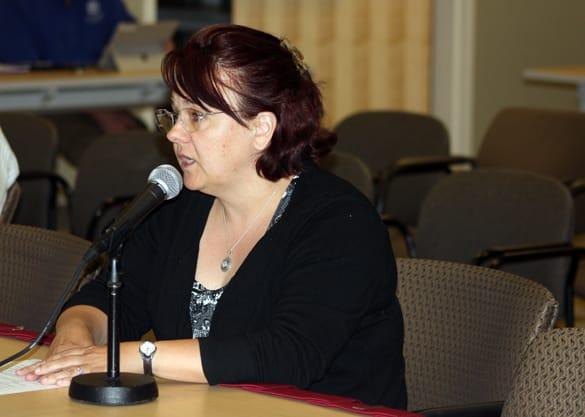