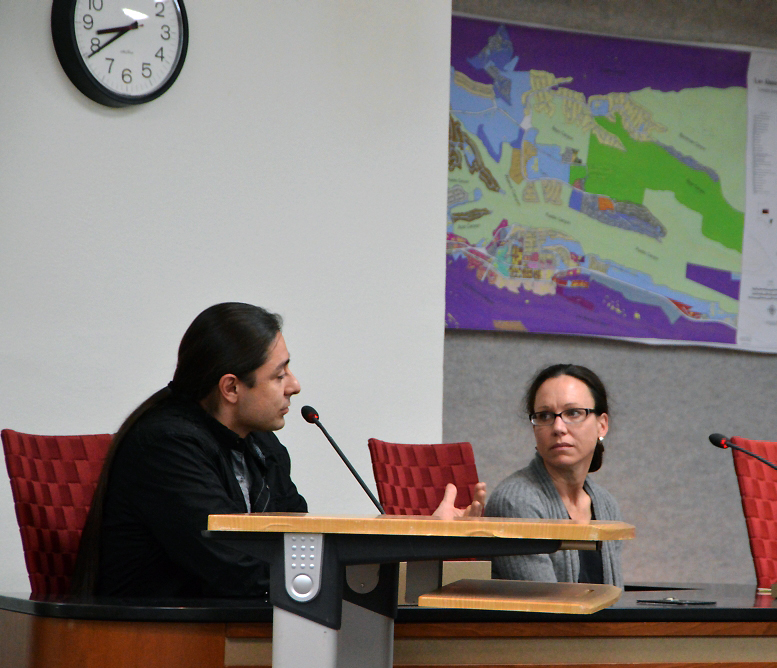 Los Alamos County Council this evening unanamously approved the Teen Center to be located at the Community Building, 20th Street and Central Avenue, and directed County staff to pursue design and development documents for the construction of this project.

During the Phase 2 Capital Improvement Program (CIP) public meetings in May 2012, Council approved a reduced program idea to construct a new Teen Center at the Central Park Square (CPS) location.

Since that project approval, staff, the project sponsor, and the management of CPS met several times and hosted open houses to further develop the concepts that could be incorporated into the facility.

The efforts to develop a reduced project program of approximately 9,000 square feet for a project budget of $4 million was successful, however the lease negotiations to secure adequate rights to the large capital investment of public dollars into a privately owned property were not.

3. Outdoor hang out and recreation areas.

The Community Building was considered and discussed as a possible Teen Center location during the Phase 1 CIP study process in 2011 and met several of the Teen’s desires to be downtown, close to retail, and having outdoor views and amenities.

Also in 2011 during the project study, there were ongoing discussions about other possible uses of the Community Building after the Council Chambers and Attorney offices moved to the new Municipal Building which was viewed by the project stakeholders at the time as a possible deterrent to getting the Teen Center project approved.

However, with the gross receipts tax downturn last fall and the unsuccessful Central Park Square lease negotiations, the stakeholders agreed the Community Building should be considered again as a possible location to eliminate the future operational costs of leasing a facility and to reduce the amount of construction time to complete the project.

With the approval of this design concept, further detailed design including exterior building and site improvement will be developed and the construction will be advertised for bidding. Award of the construction contract after the bids are received and evaluated will return to Council on a future agenda.

A $4 million budget was established in May 2012 for the project. The Community Building in its current condition is in need of many improvements in excess of $2 million to replace the HVAC systems, renovate restrooms, replace the windows, and many more needs on the deferred maintenance list.

Locating the Teen Center at the Community Building will reduce these future expenses from the Major Facility Maintenance Fund and Facilities repair budget. 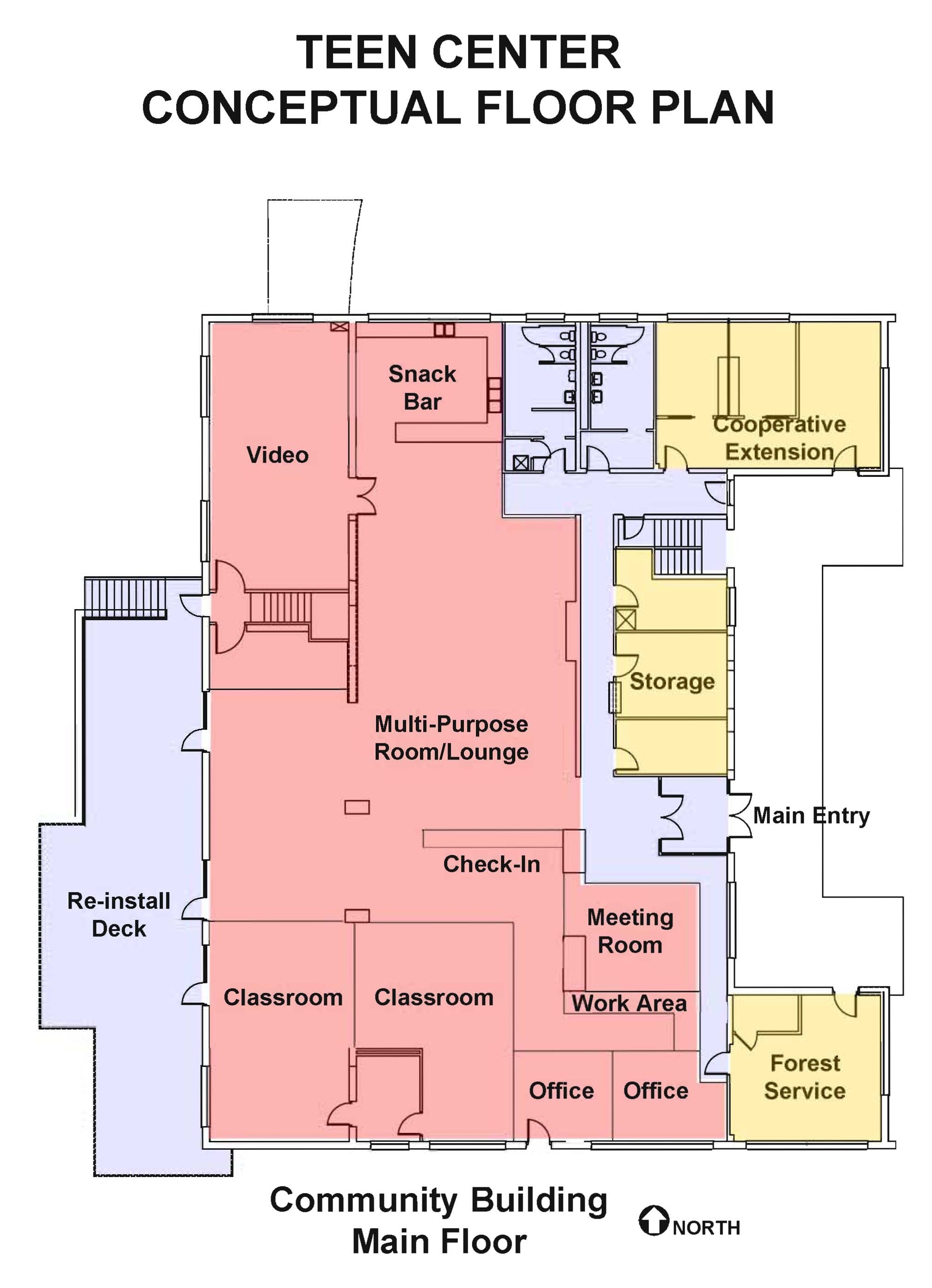 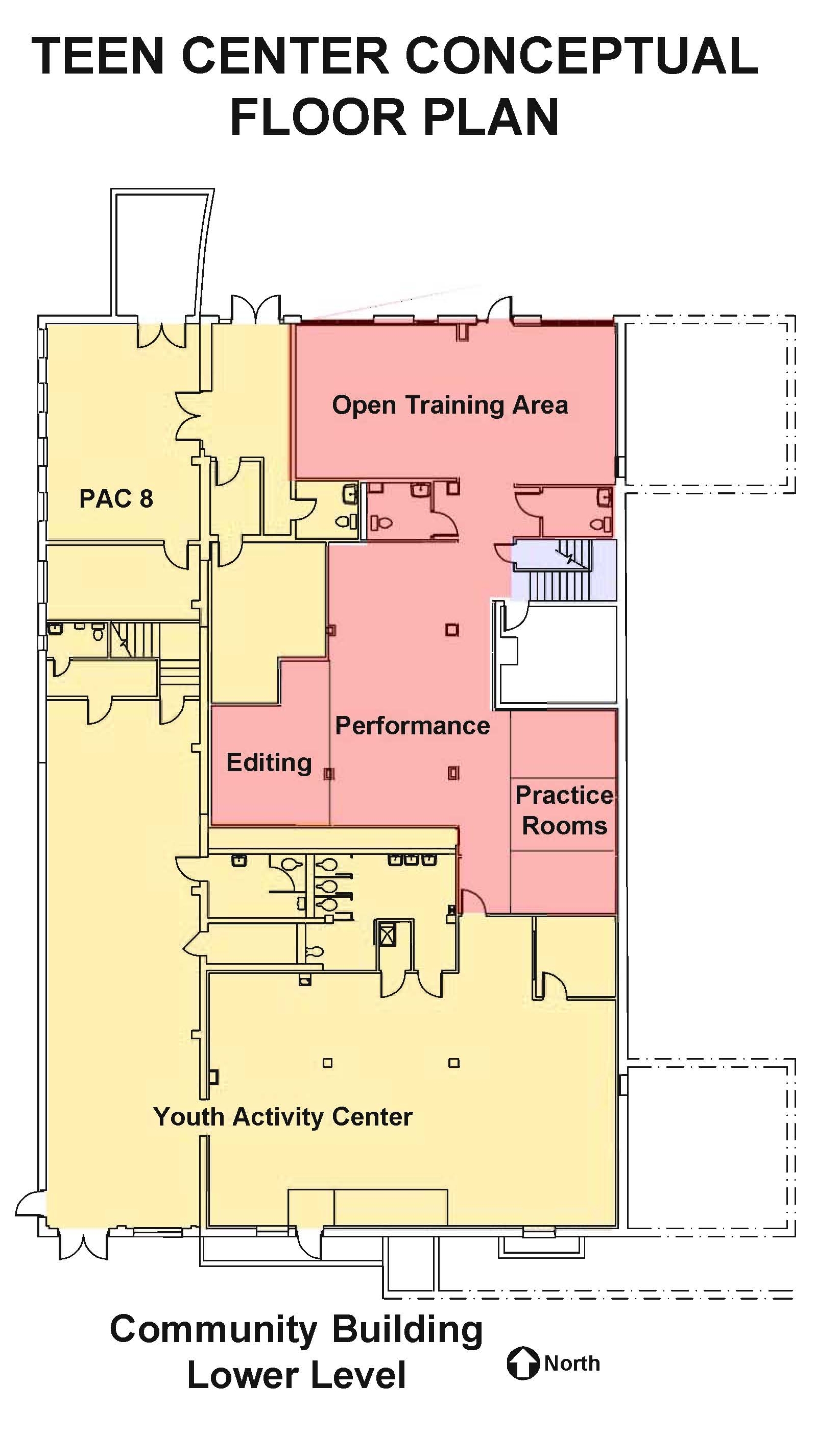