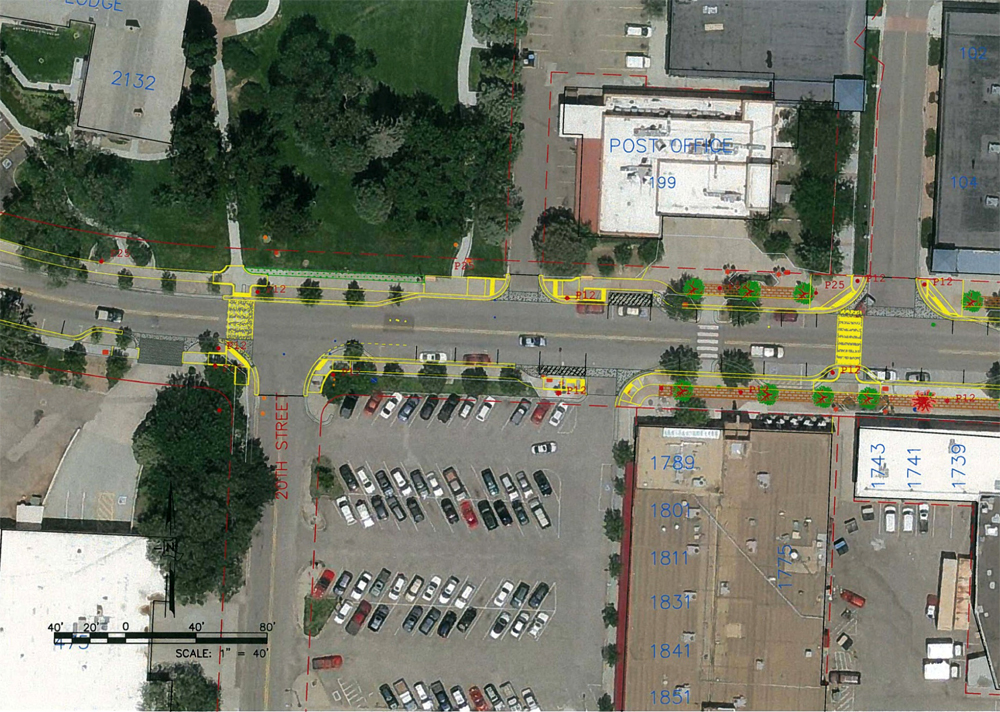 Los Alamos County Council this evening approved 7-0 award of the Central Avenue Improvements Project in the amount of $1,343,521 and the additive alternate in the amount of $827,590 to Century Club Construction of Albuquerque for construction of the project, the establishment of a project budget of $3,042,902 and an associated budget revision of $1,272,902.

March 6, the Transportation Board moved to recommend that the Central Avenue Improvement Project include design criteria provided by staff based on Option 1 (including realignment of Central and Oppenheimer intersection and Oppenheimer improvements) with consideration of changes to allow for a pedestrian crossing at Oppenheimer and Central, for example a HAWK system. At the April meeting, staff advised the Transportation Board that this location does not currently meet warrants for a crosswalk; however, the project will include installation of the supporting infrastructure for possible future installation of a HAWK crossing system.

The design elements included in this project have been vetted with the public through a public meeting held Feb. 26 at Fuller Lodge, at the March 6 Transportation Board meeting, an additional public meeting on March 11, at the April 3 Transportation Board meeting, and through presentations to Main Street Futures, Fuller Lodge Historic District Advisory Board, and Creative District.

This project was bid with a Base Bid and an Additive Alternate. The Base Bid addresses Central Avenue from 15th Street west to just before Oppenheimer Drive (Central). The Additive Alternate addresses the Central and Oppenheimer intersection as well as Oppenheimer Drive from Trinity Drive to the library parking lot entrances (Oppenheimer). An associated MainStreet grant approved by Council on June 25, 2013, and executed by the County Administrator on March 25, 2014, provides for additional improvements to Central for Streetscape items.

The improvements to Oppenheimer also includes minor utility improvements; new curb and gutter; storm drain improvements; asphalt mill and overlay; and, streetscape improvements, including pedestrian and roadway lighting, hardscaping and landscaping, as well as the realignment of the Oppenheimer/Central intersection, the addition of pedestrian safety features, and new parking along the west side of Oppenheimer.

Assuming Council awards the bid, the Notice of Award will be sent to the contractor on June 11 and work would begin no later than June 29. This contract includes milestone dates, incentive payments for early completion, and liquidated damages for late completion. The Substantial Completion for work on Central is Oct. 3, 2014. The Substantial Completion date for work on Oppenheimer is Oct. 31, 2014. The Contractor must reach Final Completion in both areas on or before Nov. 21, 2014.

Upon receipt of a schedule from the contractor and subsequent approval by the County, the schedule will be shared with the public. Once construction starts, traffic impacts will be included in the weekly construction updates to general media and posted on the project website. This construction project will cause significant impacts to traffic on Central and Oppenheimer, likely detours and delays, increased congestion, noise, dust, and other typical construction activity. Staff will work closely with the contractor to minimize these inconveniences; however, please note that there will be significant traffic control required in order to accomplish the work.

This contractor is currently constructing the Western Area Phase 2 Improvements Project and may choose to use the same staging areas for the Central Avenue Improvements Project. The closest alternate county land that could be used for a staging area is 20th and Trinity where the Public Works Office trailers were once sited. The contractor has the option of entering into a Land Use Agreement with the County or independently coordinating an alternative staging area. 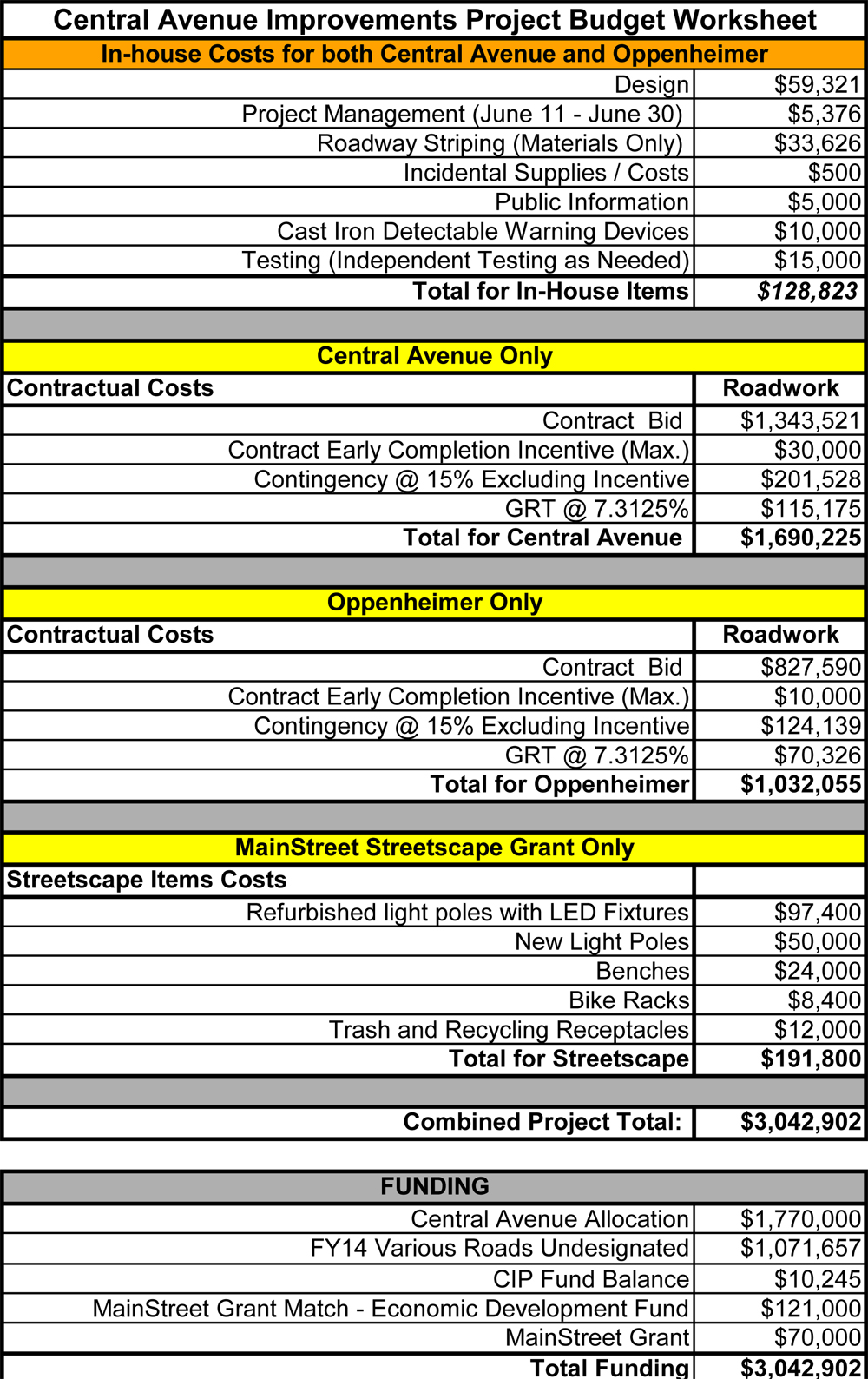