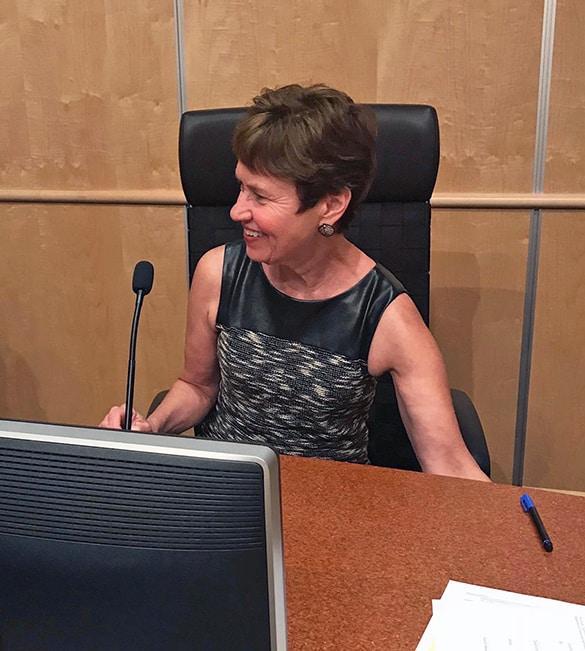 The agenda item was presented by Council Chair Chris Chandler and was the result of a Council workshop last month where Espanola Humane Society Executive Director Bridgit Lindquist outlined the various options and models for the management of animal shelters. Chandler has indicated she pushed for the workshop on the issue following discussions with Los Alamos residents, some of whom she said are active volunteers in organizations whose missions include animal welfare support.

At Tuesday’s meeting, Chandler said the Council had tentatively agreed that further exploration on the issue was warranted to determine how the Los Alamos shelter measured up – whether it was being operated in a manner that was consistent with community values, in a manner that Council is satisfied with and meets Council’s needs, whether the shelter is being adequately utilized and adequately staffed as well as whether the current model, which is essentially completely run by the Los Alamos Police Department, is an appropriate one or if there should be another model.

Chandler said for example in Espanola, the Humane Society operates the shelter through a contract with the city and the County of Rio Arriba. She said the governmental function is the enforcement function – stray dogs, dangerous dogs, those kinds of things, and the animals are delivered to the shelter and the Humane Society then takes responsibility for managing adoptions, acquiring health care for the animals as needed, developing a process for determining whether the animal should be euthanized, developing policies that are hopefully best practices.

“Since I have been in the community for nearly 25 years, I don’t recall ever having a discussion in our community about how we believe the shelter should be managed and what is the optimum structure to meet our value system and to meet the needs of our citizens and our domesticated animals,” she said. “The goal of this committee is to work with the Council to develop a strategy. It may be a no-change strategy, meaning we continue with the model that we’re presently utilizing, or it could be a strategy that might suggest some changes.”

“They would look at whether this is the structure that we want, what options do we have, what would be the best model in the opinion of the committee and then make a recommendation to Council,” she said

Chandler said once the Council bought into the direction the committee was recommending then the committee would go out for another six months or so and develop a recommendation about policies and practices, develop cost estimates working with staff, review services offered and determine whether or not they are adequate to meet the community’s needs or whether other services were necessary and how one might pay for them.

“I think this will bring in the community so that we can have a vibrant discussion about where we want to go with the animal shelter and I would like the Council to consider adopting the charter for this advisory committee,” Chandler said.

Wendee Brunish, president and one of the founding members of Friends of Shelter and Companion Animals said she wanted to talk about the evolving picture her group sees in Northern New Mexico.

“About 11 years ago our animal shelter was housed in the most horrible facility you could possibly imagine down at the end of Knecht Street. It had no drainage. It had no heating or cooling. It had basically nothing but yet at that time we would always hear how lucky an animal was to be in the Los Alamos County Animal Shelter because our adoption rate was one of the highest in the state,” Brunish said.

Since that time, the County has built a 4,000 square-foot facility at 226 East Road. Brunish said in the past 10 years, nearby shelters including Espanola and Santa Fe have made some remarkable changes in their facilities including “wonderful enrichment programs for their animals, including daily dog playgroups, cats in living room type kennels, healthy and happy pets and just wonderful improvements in how they care for the animals that were unfortunate enough to come to a shelter”.

“Those same shelters also made huge expansions in how they serve their communities including a lot of outreach and a lot of spay-neuter services to their community to reduce the intake into those shelters which have now in the last two years seen those efforts come to fruition with an decrease in intake of puppies and kittens,” she said. She said those shelters have established surrender prevention programs to keep animals in homes and adoption programs including adoption counseling, adoption matching and adoption follow-ups.

“And they’ve adopted new metrics to make sure that they’re going in the right direction so instead of looking at adoption rates, they’re looking at adopter satisfaction, they’re looking at the length of stay of animals at their shelter, things like that, to make sure they are doing the best they can for the animals in their care and the public they are serving,” Brunish said. “I would like to see Los Alamos take part in this kind of renaissance in animal sheltering. We are an enlightened community and I think that our citizens through our public officials would love to see us really take part in these wonderful improvements.”

Brunish said the other thing she would like to see Los Animal do as a community is what she sees with other shelters where they are not only serving their communities and animals but they’re part of the larger animal rescue community taking part in transfers, behavior modification programs and training to make sure the entire animal shelter community benefits from their presence.

In an email to Councilors prior to the meeting, Brunish said the Los Alamos County Animal Shelter has fallen behind in implementing both animal welfare and public services improvements due mainly to limited resources.

“The LACAS is understaffed and the staff do not have either the time, the training, the appropriate facilities, or the funds needed to implement the needed improvements,” Brunish wrote in her email. “It is time for the citizens of Los Alamos, through their elected officials, to have more input into and transparent reporting about the LACAS mission, goals, practices and metrics. We owe it to the animals in our care and the public that we serve to ensure that our shelter is keeping pace with current animal sheltering best practices.”

“I’d like to thank the many volunteers and animal lovers with whom I’ve been speaking for the last several months about issues associated with the shelter and how we can bring about positive change to the situation. It’s been a learning experience for me just being informed of all the different approaches to managing shelters, animal behavior, things you need to consider when you’re housing abandoned or lost animals. I want to thank all the devoted animal people in town because we really are an animal-loving community as was mentioned by other speakers. I am a hard-core animal lover myself,” Chandler said.

Los Alamos Chief of Police Dino Sgambellone said Thursday that all organizations should consistently review their policies and procedures to determine if there is a safer, more efficient and professional way of doing business.

“If the end product of this committee includes recommendations designed to improve our operational capacity and service delivery, then we are all that much further ahead,” Chief Sgambellone said. “I believe what the committee will find is a dedicated, highly trained, and professional staff that is committed to a high level of animal welfare and customer service. I look forward to being able to work with the committee moving forward.”