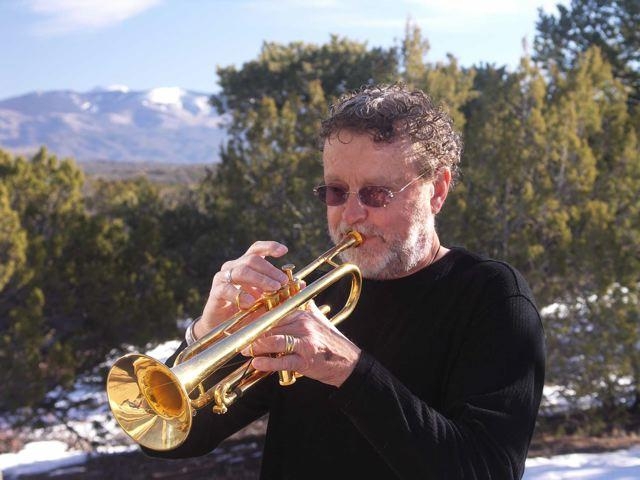 Jazz enthusiasts and anyone who enjoys live music performed by master musicians in an intimate setting won’t want to miss Sunday’s 4 p.m. concert, The Chet Baker-Gerry Mulligan Project, at the Center for Spiritual Living, 505 Camino de los Marquez in Santa Fe. Tickets are $20.

In the Chet Baker-Gerry Mulligan Project, renowned trumpeter Jan McDonald (a.k.a. ‘Mr. Mac’ to his former LAHS band students) and accomplished saxophonist Arlen Asher will join talents with The Bert Dalton Trio–Dalton on piano, Rob ‘Milo’ Jaramillo on acoustic bass, and John Bartlit on percussion – in a tribute to jazz icons Chet Baker and Gerry Mulligan.

Chet Baker, an Oklahoma native, rose to fame in the early 1950s as a trumpet player and singer in the Gerry Mulligan Quartet.

He is most often associated with his trumpet solo in My Funny Valentine, which quickly became a major hit. Despite his success, or perhaps as a result of it, his life was plagued by drug abuse and multiple arrests. He died in 1988 at the age of 58.

Considered one of the greatest baritone saxophonists in jazz history, Gerry Mulligan was also an accomplished clarinetist, pianist, composer, and arranger.

Playing saxophone in his signature light and airy tone became a hallmark of the West Coast “cool school” of jazz. His collaboration with Baker in a pianoless quartet in the early 1950s is regarded as one of the most important performances of that era. Complications of surgery claimed his life at the age of 69 in 1996.

Paying tribute to these legendary jazz musicians are accomplished musicians in their own right. Jan McDonald currently performs with the Southwest Jazz Orchestra, Santa Fe Pro Musica Orchestra, and the Santa Fe Symphony.

A native of Missouri, Arlen Asher moved to New Mexico in 1958 and has been inspiring jazz musicians ever since. With a music career that spans almost 60 years, Asher, a master of woodwind instruments, is considered a “luminary” in jazz circles here.

A tireless music teacher, as well as an award-winning TV producer and radio host, he was the 2008 recipient of the Mayor’s Award for Excellence in the Arts in Santa Fe.

Pianist Bert Dalton, who hails originally from Chicago, is music director of the National Dance Institute of New Mexico and regularly performs with The Bert Dalton Trio and The Brazil Project.

He has performed with Herbie Mann, Regina Carter, Bud Shank, and Anita O’Day, among others, and has appeared in major jazz festivals throughout the U.S. and as far away as New Zealand and Australia.

A native of Isleta Pueblo, Rob “Milo” Jaramillo is featured on bass. Considered a versatile performer on both acoustic and electric bass, Jaramillo is comfortable playing a variety of music from jazz and rhythm-and-blues to reggae and rock.

Rounding out the Trio is John Bartlit on percussion. Now living in Albuquerque, Bartlit studied under McDonald in the Los Alamos High School band before receiving his BFA from UNM.

He is a classical percussionist with extensive experience as an accompanist and composer for professional dance companies, and has worked with composers John Cage, Lou Harrison, and James Tenney. Bartlit is the son of Nancy and John Bartlit of White Rock.

During Sunday’s concert, these fine musicians will pool their immense talents to perform Baker-Mulligan jazz classics including, Walkin’ Shoes, Line For Lyons, Festive Minor, Applecore, and others, as well as original compositions by McDonald in the style of these jazz greats.