Comparing Federal Funding of New Mexico Schools: How Does LAPS Stack Up?

By Morris B. Pongratz

Because the Los Alamos Public Schools system depends heavily on the “DOE $8 million,” a headline on page C1 of the Tuesday, July 3, 2012 Albuquerque Journal caught my eye.

The headline “Federal Funds Key for Schools” was for a column written by Jenny Kane of the Farmington Daily News.

The report contains Public Elementary–Secondary Education Finance Data from the 2010 census for the 2010 fiscal year.

Census Bureau data has high credibility. I had expected to see the usual diatribe about the $8 million LAPS gets (indirectly now) from the DOE.

To my surprise the newspaper article did not even mention Los Alamos!

Statistics cover school systems in all states, and include the District of Columbia. Data are available in viewable tables and downloadable files.

I have down loaded an Excel file containing the “Individual Unit Tables” – Individual unit tables containing data for selected revenue, expenditure, and debt data items for all school systems.

The file contains over 65 fields of information ranging from the school district name and enrollment to the per pupil cost of school administration.

To keep the file size manageable I deleted all but the New Mexico data.

I realize that LAPS strives to be more than just the best public school system in New Mexico, but this is a beginning look at comparables.

In this brief article I have presented some of the data that was of interest to me (and maybe you.) 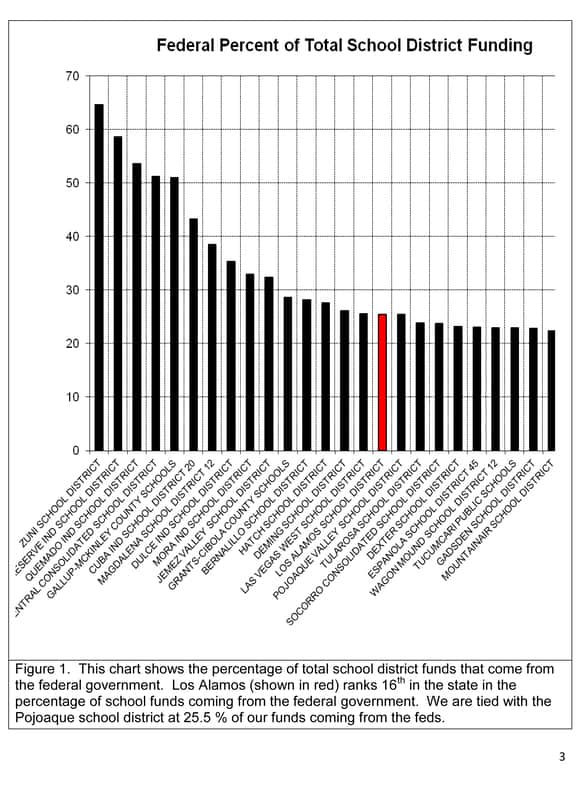 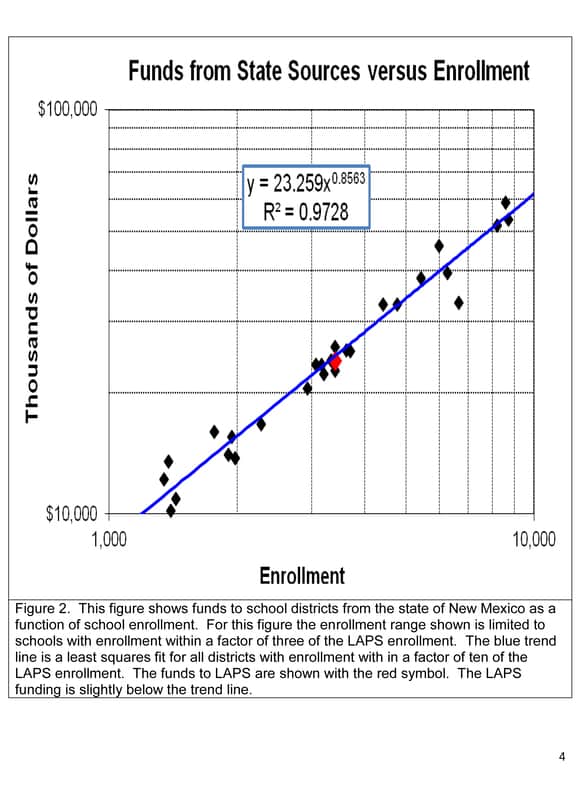 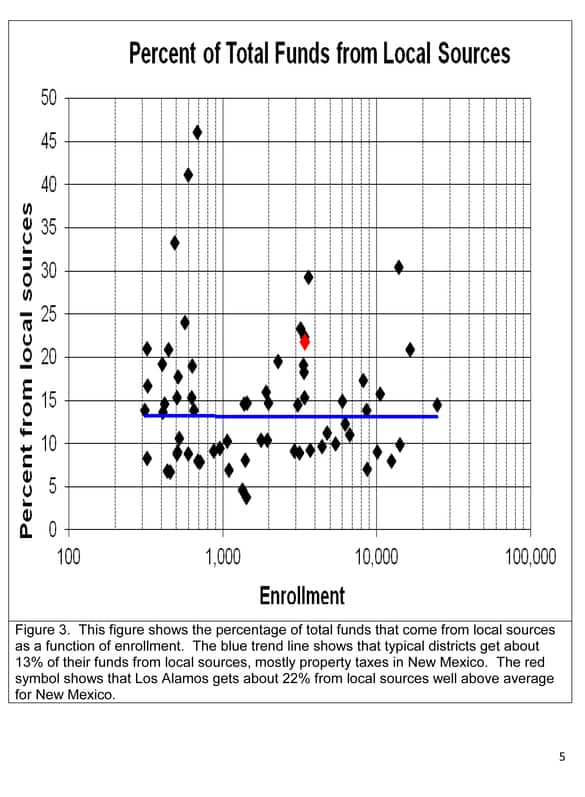 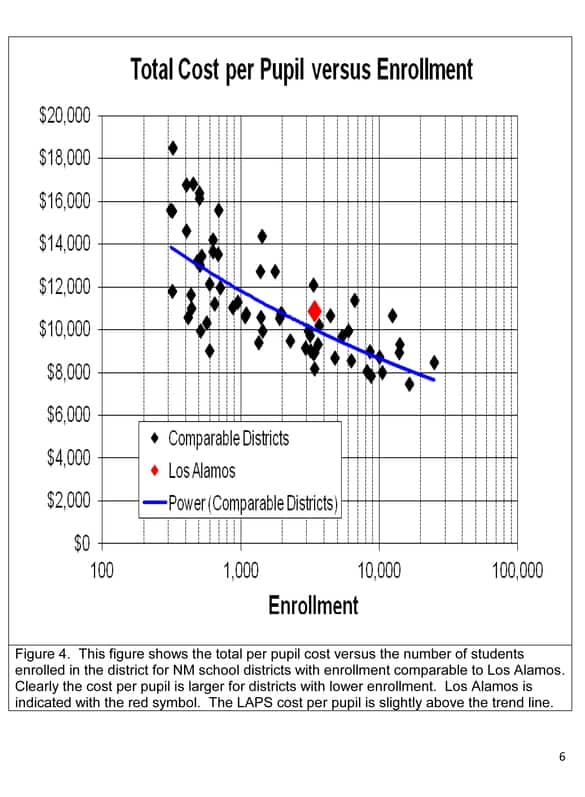 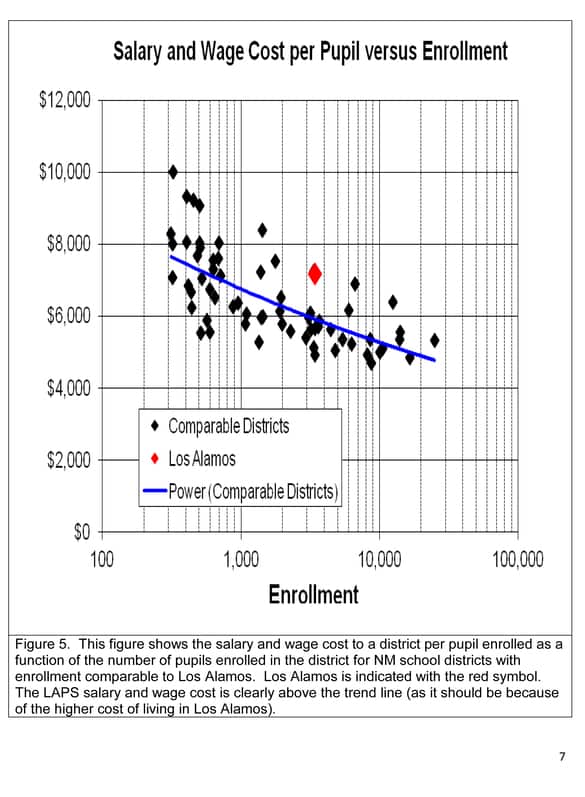 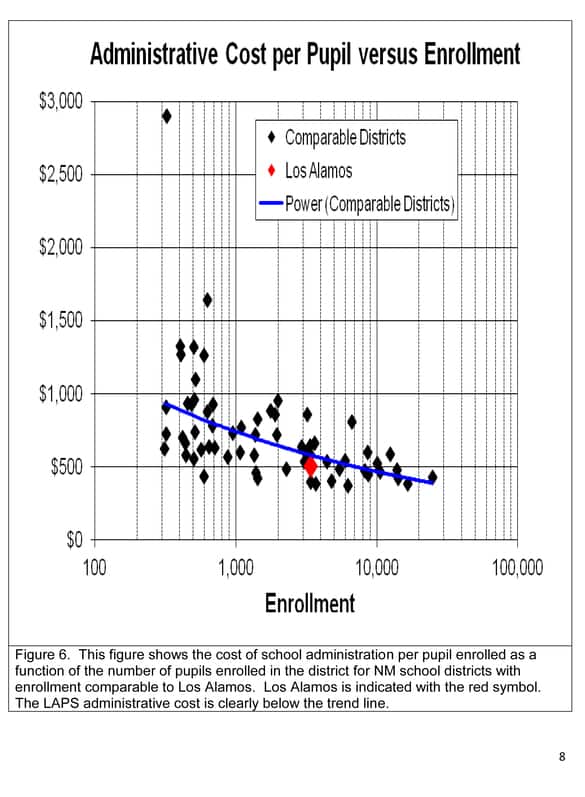 Figure 6 shows the cost of school administration per pupil enrolled as a function of the number of pupils enrolled in the district for NM school districts with enrollment comparable to Los Alamos. Los Alamos is indicated with the red symbol. The LAPS administrative cost is clearly below the trend line. Since our salaries and benefits are above average LAPS must be operating with fewer administrators than normal.