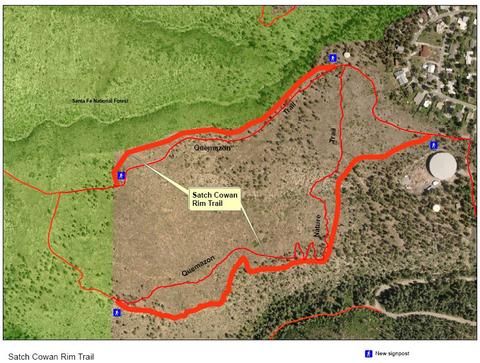 Residents are invited to attend the dedication ceremony for the new “Satch Cowan Trail” at 11 a.m. Monday, Oct. 22 at the trailhead near the existing Quemazon Trail in Western Area.

Prior to improvements, the trail had already been in existence and hiked for years as a “social trail.”

With Monday’s dedication, the County will officially incorporate the Satch Cowan Trail into its open trails network system and update its trails maps.

The County Council approved the naming of the trail after Satch Cowan, a local resident and avid hiker, in response to a petition brought forward last Spring after meeting Charter requirements for naming a County facility (in this case, a trail) after a deceased individual.

The petitioners have contributed up to $7,000 toward the creation of the trail, signage, markers and information about Cowan, using private donations from a memorial fund.

The Quemazon trails guide is being updated to include the new trail and information about Satch Cowan.

Refreshments will be served immediately following the dedication, and then guests will be invited to hike the new trail.