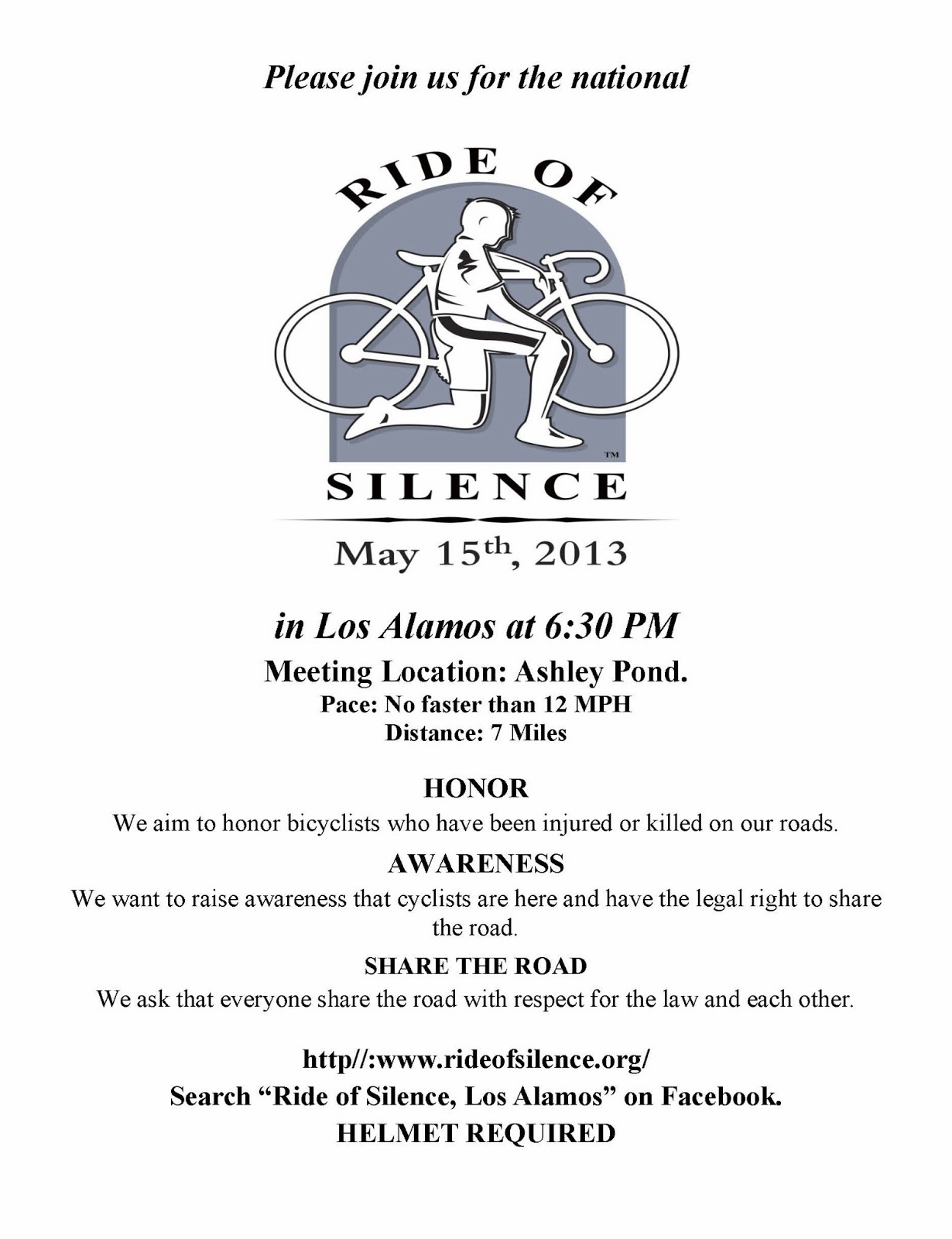 Lili Cohen has organized a Los Alamos Ride of Silence and the event starts at 6:30 p.m. Wednesday, May 15 at Ashley Pond.

The community is invited to participate in the ride, which is a quiet, slow paced requiem for fallen riders. The Ride of Silence will begin in North America and roll across the globe. Cyclists will take to the roads in a silent procession to honor cyclists who have been killed or injured while cycling on public roadways. Although cyclists have a legal right to share the road with motorists, the motoring public often isn’t aware of these rights, and sometimes not aware of the cyclists themselves.

This is the 10th anniversary of the world-wide event. In 2003, Chris Phelan organized the first Ride of Silence in Dallas after endurance cyclist Larry Schwartz was hit by the mirror of a passing bus and was killed. The Ride of Silence is a free ride that asks its cyclists to ride no faster than 12 mph, wear helmets, follow the rules of the road and remain silent during the ride. There are no sponsors and no registration fees.

The ride, held during National Bike Month, aims to raise the awareness of motorists, police and city officials that cyclists have a legal right to the public roadways. The ride also is a chance to show respect for and honor the lives of those who have been killed or injured.