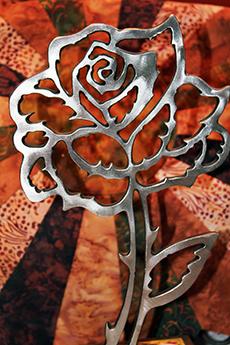 The Spirit of the West Award handcrafted by Richard Ronquillo. Photo by Bernadette Lauritzen

Community members have just one month to get nominations in for the Community Asset Awards.

The Thanksgiving holiday is the spark meant to ignite individuals to recognize those people, organizations and businesses that make daily life better.

The awards program began about 10 years ago, to boost the efforts of people that do good in this community, the state or world. Those nominated only need to live, work or go to school the community and will be recognized as we head into 2019.

“As I look back, we first recognized student Peter Song, nominated by a classmate for stepping up to educate his peers in his high school math class,” Community Asset Award founder Bernadette Lauritzen said. “I had this idea to recognize people who did great things in the community and told former County Councilor Jim West. He liked the idea of celebrating regular people doing great things.”

Champions of Youth Ambitions (C’YA) is a non-profit in its fifth year, sparked by the Search Institute’s 40 Developmental Assets, but has championed the work in this community for a decade. The work promotes values including; Support, Positive Identity, Caring School Climate, Service to Others and more.

One nominee each year is selected to receive the Spirit of the West Award, named for Jim West, prior to his death. The nominees have included those who make a contribution in the community, the classroom or volunteer, who do small deeds that inspire others to do the same. The individual who receives the special title, receives an award made with love and crafted by artist Richard Ronquillo. Ronquillo owns Rich Welding, LLC and has donated the award for nine of the last 10 years.

Nominations can be entered online at www.cya-nm.org or request a nomination form via email or phone at cya.org@att.net and 505.695.9139. The program welcomes nominations until the close of business Dec. 21. “Take A Second to Make A Difference,” is the motto of the program, to build the assets, in people of all ages.

“We use this season to spur folks into recognizing the good deeds that happen every day,” Lauritzen said. “We hope residents will take the time to highlight those who may never be recognized for their hearts of gold, their community efforts and devotion.”

Nominations only take a few minutes and cost nothing for the nominator.

Champions of Youth Ambitions (C’YA) is a local nonprofit that provides hands-on science in schools, youth leadership, cards for troops and the Community Asset Awards. 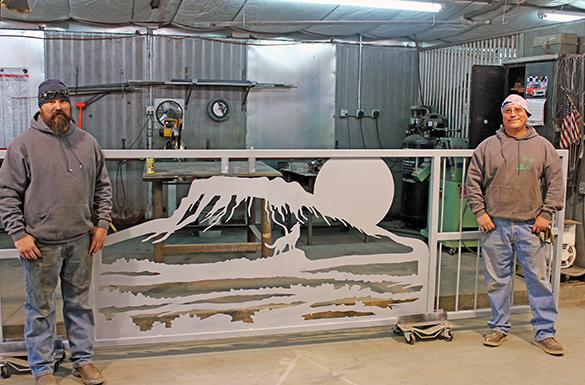 Richard Ronquillo has a day job creating one of a kind items like this fence. He also handcrafts the Spirit of the West Award each year. Photo by Bernadette Lauritzen