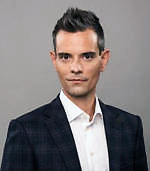 By LEE MUNSON
ALBUQUERQUE
Popular singer-songwriter Paul Simon brought us “50 Ways to Leave Your Lover” back in 1975. Now that he’s 73, Simon’s new version might be called “50 Ways to Claim Your Social Security.”
Like millions of baby boomers, Simon has probably grappled with the uncertainty of how and when to claim his Social Security benefits in order to maximize how much money he will get from the government.
Except there are more than 50 ways you can claim your benefits, especially for couples. So many that Simon might need to call his new ditty “567 ways to Claim Your Social Security.”
A married couple has at least 567 ways they can claim their Social Security, according to a recent study.* If you work at Los Alamos National Laboratory (LANL) or have a spouse who does, it can get complicated fast.
First, many LANL employees have pensions. Most employees are not subject to the windfall elimination provision and that can make the math difficult. While the WEP does not affect benefits for your survivors, it can have a big effect on what you thought you would receive. If you have a non-covered pension, or a pension that did not pay into Social Security, this may effect you.
Second, just because you are ready to retire from LANL before full retirement age, doesn’t mean you should start collecting social security. While a career at the lab can turn a few people cynical about government bureaucracies, don’t let a negative work experience sway your opinion about the solvency of social security.
Do the math first. Calculate the lifetime cumulative benefits you would receive at full retirement, taking it early, or delaying benefits. The results can be shocking. Hey, there is a reason the system is still solvent. When almost 75 percent of Americans take their benefits too early and don’t maximize benefits, that can just get kicked further down the road.
Third, talk with your spouse! I get it. You are working on super secret spy stuff or say that to your spouse so you don’t have to talk about your work. High level security clearances mean basic stuff about your day can’t be discussed even between spouses in the privacy of your own home. That was the deal you signed up for. However, that can inadvertently cause you not to communicate about finances or pension benefits.
Remember, it is okay to talk about personal financial issues with your spouse. Never let your spouse claim benefits without strategizing first. Maximizing benefits is all about finding how both benefits can work together.
FYI―this goes for divorced spouses if you were married  more than 10 years. Even if you keep your finances separate, social security needs to be discussed.
Thankfully, technology has been developed to help us figure out when and how to claim Social Security to produce the maximum benefit or highest payout. In our practice, we use sophisticated software that runs thousands of calculations to determine the course of action that will generate the most income.
Shouldn’t the Social Security Administration be able to do that? Actually, Social Security employees are not allowed to give advice. And that is probably a good thing. As author Philip Moeller reported in The Fiscal Times, “Many people inside the Social Security Administration do not understand their own rules, do not understand the benefit choices and often give people incomplete or wrong advice.”
Using our advanced software we can assist in maximizing the amount of benefits you receive during retirement. In many cases, these increased benefits can be worth $100,000 or more over a lifetime. As Bankrate.com put it, “If you’re not looking for ways to make the most of your Social Security benefits, you’re probably making an expensive mistake.”
Want to get started? Join us for Social Security Made SIMPLE. This is a free educational seminar that will cover the basics, top strategies, and how to avoid mistakes. All in plain English. 11 a.m. to noon, Tuesday July 7, at Mesa Public Library, 2400 Central Ave., in Los Alamos.
RSVP by calling 505.884.3445 or email SeminarNM@PortfolioLLC.com to register.
Lee Munson, CFA, CFP is the Founder and Chief Investment Officer of Portfolio Wealth Advisors, a wealth management firm with offices in Albuquerque and Oklahoma City, Okla. Munson began his career in the 1990s as a trader on Wall Street and then relocated to Albuquerque. Munson is a frequent guest on CNBC, Fox Business Network and CNN.
His insights and contributions have appeared in The Wall Street Journal, New York Times, Forbes, and CNNMoney. He is the author of “Rigged Money: Beating Wall Street at its Own Game” (John Wiley & Sons). Munson works with families in Albuquerque, Santa Fe and Los Alamos. In his spare time he juggles a family while racing cars and skiing Taos.
Menu
LOS ALAMOS