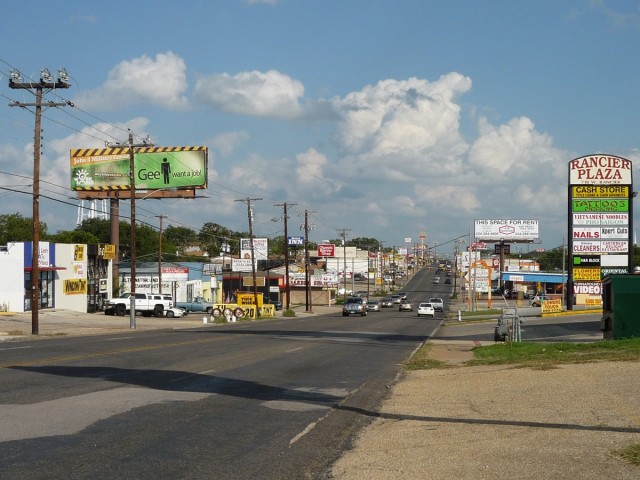 Good or bad use of signs?  Courtesy Photo

The Community and Economic Development Department (CEDD) is once again tackling a major revision to Los Alamos County’s sign code.

CEDD believes that this time will be the charm for getting the sign code revised and approved by the County Council. CEDD has an aggressive schedule to move the sign code to Council approval before the end of the year.

Draft revisions as a result of more public input and a public hearing by the Planning and Zoning Commision are planned.

On Monday, CEDD held a “stakeholders” public meeting at which members of the community were invited to review the draft code and make comments and suggestions. 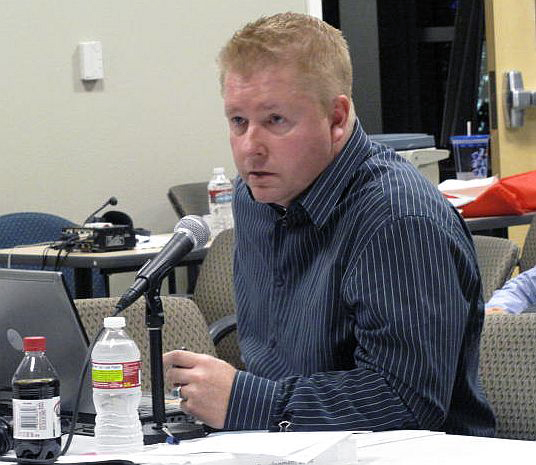 Tuesday evening, County Council held a work session in White Rock that included a discussion of the draft sign code.

Councilors made suggestions for the draft code but did not make any final decisions towards its approval.

Councilors were in general agreement that the new approach taken by the CEDD was a good one. Councilor David Izraelevitz was particularly interested in seeing a list of other communities that have taken this new approach.

Traffic patterns in different “areas” of town will dictate the type of signage that is allowed.

Central Avenue, a more pedestrian area, requires smaller signs that have less impact to the visual aesthetics of the downtown area.

A major topic of discussion was of Electronic Messaging Boards (EMCs.) Councilor Fran Berting indicated that she felt that Los Alamos doesn’t want to be like Las Vegas (Nev.)

Another concern expressed by Councilors was in the area of way-finding signs for small businesses … should they be allowed on private property? Councilor Vincent Chiravalle indicated that he felt that private property owners should be allowed to host these types of signs.

Chiravalle stated his preference for free market options for sign placement. He sided with Berting on restricting EMCs from the Central Avenue area.

It was noted that many communities surrounding Los Alamos already have EMCs and these signs display multiple message at a more rapid rate then is suggested by the sign code draft at this point.  (The sign code suggests that eight seconds be allowed between each message on an electronic sign.)

Council Chair Sharon Stover brought up the case of the EMC in front of Los Alamos High School, where it was expected that multipe messages would be displayed to passing motorists by the single electronic sign.

The County restricted the cycling of messages on that EMC to the point where drivers can only see one message as they drive by, defeating the usefulness of the multiple message feature of the high school’s EMC.

Stover indicated that she would like to see more input, especially from businesses that have recently gone through the County’s sign approval process.

She said those businesses that had recently gone through the approval process would have valuable input on how the sign code could be improved.

Stover named the Los Alamos Cooperative Market as one of the businesses that has been through this process in recent times, asking they be contacted for their comments and suggestions.

The draft code may be viewed by clicking the links at the bottom of this column and the draft is expected to be available on the County’s website www.losalamosnm.us, or by emailing CEDD planner Gary Leikness at gary.leikness@lacnm.us to request an electronic copy of the current draft.

The draft code will also be available to view at the 311 Customer Care Center and both the White Rock and Los Alamos libraries. 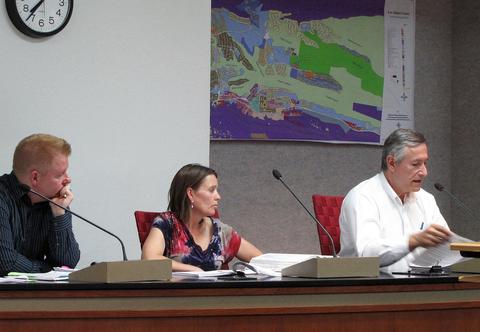 The following text is from the staff report for the Aug. 14 County Council work session held in White Rock. Below the staff report are links to the proposed draft sign code and attached maps.

A 2006 signage survey conducted by the Los Alamos Chamber of Commerce found widespread dissatisfaction with the then-existing (and still current) sign code section of the Development Code. Typical comments from the survey included complaints that the code was “too restrictive and too cumbersome”; that more liberal rules were needed for many “out-of-way” businesses that struggle because they are hard to find”; and sign regulations should be easier for “seasonal signage, as for tourism, special, and spontaneous events.”

Following the survey, the Community Development Department (CDD) met the Planning and Zoning Commission and began a complete redrafting of the existing ordinance, ultimately holding ten Planning and Zoning workshops open to the public and making presentations on the proposed code to the Chamber of Commerce and other civic groups.

In September of 2008, the Planning and Zoning Commission held a public hearing on a proposed new county sign ordinance. After suggesting some minor wording, the commission voted unanimously to recommend to Council to approve the new ordinance. Before setting a date for the Council’s public hearing, Council asked for an ordinance briefing. Because of a full calendar, the briefing was postponed until February of 2009.

At the briefing, Council suggested several changes, including the elimination of special regulations for commercial and election campaign signs mounted on vehicles, and retaining the current four-foot height restriction for free-standing signs in the Downtown District, except for Trinity Drive. The suggested changes were made and the Legal Department contracted with the County’s former Assistant County Attorney to prepare several memos proposing changes to the definition of “temporary signs, and to make organizational changes to the text.” The consultant’s final mark-up of changes were received in October of 2009.

CDD prepared a redraft based on the comments in February of 2010. In March of 2010, CDD prepared a revised sign code text amendment for a new Planning and Zoning Commission hearing, scheduled for April. Because of new concerns raised by the Legal Department in a memo, the application was withdrawn shortly before the hearing.  2012 With a renewed commitment to seeing a new sign code adopted, the Council and County Staff have re-established an effort to move toward adoption of a new code. Staff began the process by researching previous efforts (including those mentioned above), and then building on what had been done.

Staff began by holding a stakeholder/public meeting on Feb. 16, 2012, followed by a Planning and Zoning Commission workshop/presentation March 14, 2012. A status update was given to the P&Z Commission on July 25, 2012. During the Stakeholder Meeting and the P&Z March 14 meeting, staff presented information on how the new sign code could be completed, including the necessary steps for completion. The presentation included a history of the sign code effort, and included a discussion around identified sign code concerns.

Staff also presented an idea for a new sign code approach that would allow sign standards to be based on “Sign Areas” rather than Zoning Districts. This new approach would ensure that a sign code is based more on context of surrounding land uses, and road dynamics and ambiance. The Stake holders and P&Z liked the concept and supported its development, so Staff pursued the concept and as a result the draft sign code that is attached to this report reflects the Sign Area approach to the sign code.

Staff is now on a prescribed path towards adoption. This path is attached as a tentative schedule for the Council to consider.

Summary of Current Draft (as described in the Council Meeting Staff Report for Aug. 14, 2012):

In the past, Both the Chamber of Commerce survey and CDD (then)/Community and Economic Development (CED) administrative experience confirmed that the existing sign code is cumbersome to use and interpret for both staff and the general public. In some sections the Code is too restrictive and lacks flexibility. In other sections it was too vague and fails to address certain important regulatory issues. It also fails to recognize newer and more creative types of signage such as district identification signs, projecting signs, and off-premises business directional signs, and electronic message centers (EMC).

Major Provisions of the Current Code Draft (as described in the Council Meeting Staff Report for Aug. 14, 2012) :

Sign codes are often among the most difficult codes to write and often contentious. A well-written code must strike a fine balance between free speech rights, the needs of the business community, and the need to maintain an attractive and positive community appearance.  The proposed sign code attempts to do this, as well as to introduce many new code features and improvements that are not in the current code.