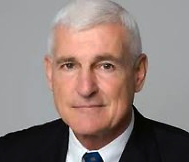 Webster’s definition of hope is “to cherish a desire with expectation of fulfillment,” but hope is not a plan.

Regrettably, this country’s foreign policy has been largely based on hope during the past three plus years, and it shows.

People can desire this, and hope for that, but without good policies these things can never be fulfilled, and the recent violence in the Middle East reinforces this indisputable truth.

The brutal murder of our Ambassador and three other Americans in Libya by radical Islamists, along with the assaults on our embassies worldwide, are the tragic result of leaderless American foreign policy and ineptitude .

In the late 1700’s North African pirates began to capture American merchant ships, claiming the Americans were “infidels”, and demanding a tribute for their return.

A newly elected American president named Thomas Jefferson rejected their ransom demands and directed our young Navy into the waters off North Africa to solve the problem.

The Navy was effective with a force of arms. Since then, not a whole lot has changed in this part of the world.

The United States certainly shouldn’t be engaged in every conflict around the globe, but we must defend ourselves, and we must be a stabilizing force internationally. We have no choice, and most Americans understand this.

Was Ambassador Stevens a Republican or a Democrat? I don’t know, and I don’t care. He was our senior American in Libya and he was one of us.

The attack on our nation, through the torture and murder of our Ambassador to Libya, and the violence directed against our embassies in Egypt and elsewhere, can’t be ignored. Nor should it be.

The absence of a realistic U.S. foreign policy in the Middle East, and the passive response to these attacks on our nation, creates even greater danger for the future.

An effective strategy to deal with this region can be accomplished – it requires respect, strength of purpose and continuing to eliminate the radical Islamists who declared war on the United States.