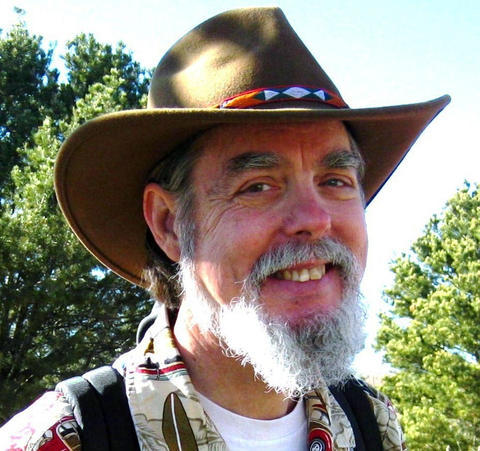 Column by T. JACKSON KING
Los Alamos
Amidst the current talk of sequestering of already budgeted federal monies, federal budget cuts and “Do This Or Else” threats from politicians, we taxpayers should know one simple truth—our federal and state budget problems come from the problem of greed.

The major contributor to our national crisis is large corporate greed, as in the 200 plus large corporations that pay no federal income tax on their earnings.

Some of these corporations were bailed out by Washington D.C. in 2009 and then in 2010 they decided to “gift” their stupid managers with large bonuses.

Yes, we have all heard reports of this behavior and it makes every normal person’s blood boil. But what can be done to fix this corporate greed problem?

Well, those corporations that now pay no income tax, such as General Electric and Bank of America, should pay a Corporate Alternative Minimum Tax, similar to the AMT now applied to people.

Corporations should pay either 10 percent of profits, or one percent of their gross annual revenues (whichever is greatest) as their annual tax share.

And the corporate AMT tax should be applied before any dividends are paid to anyone.

Such a Corporate AMT should also be applied by every state to any business operating in their state.

For example, the Gross Receipts Tax of New Mexico that is levied on corporations and LLCs should be applied to Big Box stores like Wal-Mart and Kmart and Home Depot that pay no state GRT because they claim their “headquarters” is in another state where they have to pay taxes.

Bull pucky! Applying the GRT to Big Box stores will not kill jobs nor drive them to leave the state, not when the Big Box stores already have major buildings and customer bases in this state.

Although small, such corporate “tax loopholes” would tell corporate America they need to pay for their own investments.

The only tax subsidies we should keep are those for alternative energy efforts such as wind, solar, geothermal, hydrothermal and nuclear plants that use the proven safe French nuclear reactor design.

The tax breaks for alternative energy businesses will reduce carbon dioxide pollution, reduce our dependence on foreign oil from the Middle East, and yet still allow people to live a middle class lifestyle.

A third fix for corporate greed would be the taxing of every trade of stocks and bonds by anyone. Wall Street greediness caused the worst recession since 1929.

Since no one at Lehmann Brothers or other investment houses has gone to jail, a tax on speculative stock and bond trades would reduce the greed incentive for brokerages to play games that cost regular people their jobs and their homes.

This has been discussed in Europe, to the horror of American business commentators. It is, however, a source of new federal revenue that would come out of the pockets of hedge fund speculators who helped bring the nation’s economy to its knees.

This would put the tax rates back to those in effect under Clinton. Those rates gave America two years of balanced budgets.

Corporate greed has now grown into “predatory capitalism” that aims to force every other nation into growing debt so that they will turn over their natural resources for exploitation by international corporations.

Nations that refuse to pay giant debt loads incurred by military dictators, like Ecuador, or that nationalize foreign oil plants in their nation, like Venezuela, are labeled as “socialist” or “Marxist” and become subject to CIA covert attacks to undo the will of that nation’s voters.

International corporate greed, as described by John Perkins in the books “Confessions Of An Economic Hitman” and “Hoodwinked,” has now been turned onto American citizens.

Instead of paying a “living scale” wage to workers, corporations force taxpayers into greater debt by encouraging risky stock buys for 401k retirement plans and the taking out of new mortgages on the supposed “equity value” in their homes.

Going further into debt in order to maintain a middle class lifestyle is not smart for regular citizens, nor for small businesses.

Making large corporations and international corporations with American operations pay their “fair share” of the costs of federal and state government is smart. In fact, it is the only way that we will preserve the American Dream.

Until we increase our national revenues, or control our costs, or both, the America we once revered will continue to be a fiscal disaster zone.