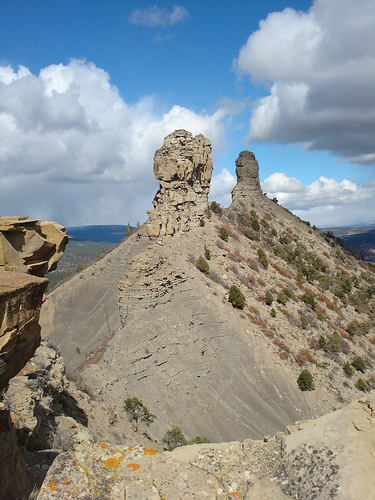 U.S. Sen. Michael Bennet, R-Colo., Wednesday praised the decision by President Obama to designate Chimney Rock as a national monument. The president will use his authority under the Antiquities Act of 1906 to make the designation.

“Chimney Rock contains the rare combination of a spectacular geologic formation with extraordinary cultural, historical and archeological significance. Coloradans have made it clear that those attributes should be matched with national monument status,” Bennet said. “It will be an extraordinary boost for the region and the state. For the last three years we’ve been making that case to Congress and more recently we’ve been urging the Administration to use its authority under the Antiquities Act. The President’s establishment of Chimney Rock National Monument will preserve and protect the site and drive tourism, drawing more visitors to the region and the state and bringing more dollars into the local economy.”

Bennet has led efforts in the Senate to designate Chimney Rock a national monument. He has worked closely with local leaders, members of the Colorado congressional delegation and the administration to advance efforts.

In 2010, he first introduced a bill in the Senate, cosponsored by U.S. Sen. Mark Udall, D-Colo., to establish national monument status. Last Congress, the bill passed out of committee and was subsequently blocked on the Senate floor by a minority of senators.

Nearly 15,000 visitors travel to Chimney Rock every season to hike camp, and take advantage of the beautiful scenery.

National Monument status would preserve the site for future generations and raise the landmark’s profile, boosting tourism and economic development across southwest Colorado.