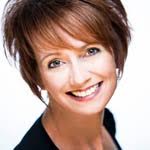 By LeAnne Parsons
Los Alamos
Last month we began a discussion of the characteristics of anabolic and catabolic leaders, and how the anabolic leader “leads,” while the catabolic leader “manages.”
Another distinction between catabolic and anabolic leaders is that catabolic leaders “delegate,” while anabolic leaders “participate.”
According to Webster’s dictionary, “delegate” means to entrust to the care or management of another; to transfer; to assign; to commit, and “participate” means to partake of; to share in; to receive a part of.
Most of us have been taught that delegating is something that we need to do in order to be effective leaders and to get things done.
And in fact, that is true – but anabolic leaders take it a step further. When a catabolic leader delegates a task to someone else, the leader, in effect, wipes his or her hands of the task.
When an anabolic leader participates in the task with another person, the other person knows that they are supported and valued while they are doing the work. Participating certainly doesn’t mean that the leader needs to do all, most, or even any of the work – it implies being available to other people without hesitation.
It means that employees know that the leader is willing to personally do anything that he or she asks them to do.
Let’s take a look at an example of this. Imagine the following scenario. A small business owner is expanding from two retail locations to three. The owner of the company assigns tasks to the key staff.
In Catabolic Company A, the owner gets occasional progress reports, but remains out of the picture until everything is done, at which point the staff is either praised or reprimanded based on what they’ve accomplished.
In Anabolic Company B, the owner not only follows up frequently with the staff, but is also on hand to pitch in and work alongside them, letting everyone know that he is part of the team, and that he is willing to do whatever he asks them to do.
The staff knows where they are at all stages of the project, because the leader has been “in the trenches” with them. In which company are the workers more likely to be engaged and want to do a good job?
Which leader is more likely to command respect and loyalty, and inspire greatness in others?
Leading from a pedestal is not as effective as leading by example. This month, how can you show those around you that you are a participant, not merely a delegator?
As you interact with those around you, think about how much more of an anabolic leader you could be if you led, instead of managed.
Until next time, Be Well and Out Live Your Life!
LeAnne Parsons CPC, ELI-MP, CWD Specialist is The Walk Your Talk Coach at Legacy Now Lived. Parsons is a CORE Wellbeing/Leadership and Relationship Restoration Coach, Trust Based Relational Intervention Practitioner, Radio Host, Speaker, and Conscious Adoption Advocate. She lives in Los Alamos and offers group, individual, virtual and in person sessions as well as workshops, seminars and retreats. She can be reached at 505.412.1817 or please visit here.
Menu
Los Alamos
37°
Fair
7:04am4:51pm MST
Feels like: 32°F
Wind: 8mph WNW
Humidity: 54%
Pressure: 29.93"Hg
UV index: 0
FriSatSun
39/14°F
36/23°F
46/27°F
Weather forecast Los Alamos, New Mexico ▸