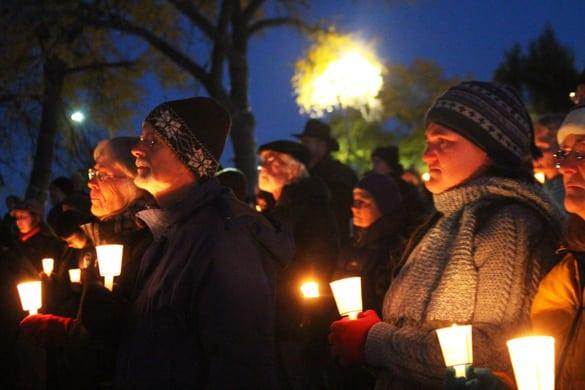 Some 150 people gather Thursday at Ashley Pond Park in downtown Los Alamos for a candlelight memorial service honoring the 11 people murdered Oct. 27 at the Tree of Life Synagogue in Pittsburgh. Photo by Bonnie J. Gordon/ladailypost.com 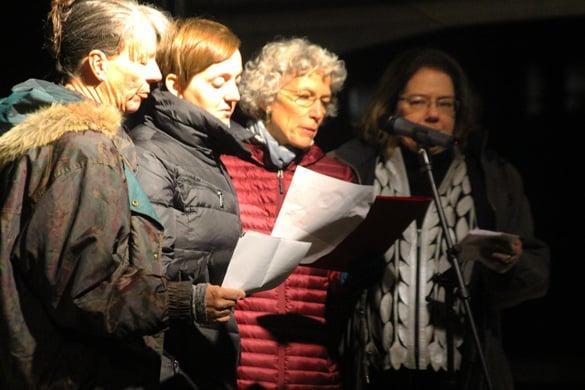 An estimated 150 people gathered at Ashley Pond Park in Los Alamos Thursday night for a memorial service, standing firm with the Los Alamos Jewish Center in honoring the 11 people murdered Oct. 27 at the Tree of Life Synagogue in Pittsburgh.

The service was organized by the Jewish Center, but many in the crowd came from the four Christian churches that are neighbors of the center in the Canyon Road area—the Unitarian Church of Los Alamos, the Church of Jesus Christ of Latter-Day Saints, the United Church, and the Immaculate Heart of Mary Catholic Church.

Those in the crowd ranged from infants to the elderly, and from people who have lived in Los Alamos for many years to relative newcomers. A number of political candidates were in the crowd, but there was no campaigning.

Despite temperatures that dropped into the 30s, no one left, and all of the adults stood holding candles as many people spoke during an hour-long service that drew tears and occasional applause.

The program for the service listed: an opening song (in Hebrew and in English) led by Rabbi Jack Shlachter (emeritus) while the candles were handed out and lighted; an address by Rachel Adler for the Los Alamos Jewish Center Board of Directors; remarks by the Rev. John Cullinan of the Unitarian Church; a reading of “We Cannot Merely Pray”, read by women from four sponsoring congregations; remarks by Morrie Pongratz, a member of the Los Alamos County Council and the Roman Catholic Church (who thanked another Roman Catholic, Julie Habiger, for helping to prepare his statement); a presentation by Shlachter; a talk by Rachel Kizielewicz, a Pittsburgh native; “I Believe,” read by Sharon Allen of Los Alamos; remarks by the Rev. David Elton of the United Church; words of support from the LDS church; and a reading of the names of the victims and recitation of the Kaddish, a prayer for the dead.

Pongratz spoke for many when he said, in part:

“…The Tree of Life Congregation was a peaceful, beautiful place of prayer until this horrific crime – an act of pure hatred and evil – took place. The 11 individuals – ranging in age from 54 to 97 years old – were brothers, husband and wife, family, friends. It is hard to imagine, here in our safe and mostly crime-free community, what the members of Tree of Life and the surrounding neighbors must be experiencing this evening. It is hard to imagine that America is experiencing this terrible upsurge in hate crimes in the last few years – especially in anti-Semitism – but it’s true. Tragic, but true.

“Together, we need to rise up and speak out. At a time like this, we are all members of the Jewish Community. We must take action and never, ever tolerate these terrible acts of violence. We need to say ‘not in my town, not in my community, not in my lifetime.’ We may be small, but we are mighty when we stand side by side, brother to brother, sister to sister, friend to friend. We owe that to the 11 people who are no longer with us, to the six people who continue fighting to regain their health and overcome their injuries. As Americans, we need to push back against those who would spread these terrible crimes and overcome their horrific acts. We must answer with an abundance of peace, tolerance, and fellowship that spans every race, religion and political party. As we are reminded in the Prayer of St. Francis, ‘…Let there be peace on earth, and let it begin with me….’” 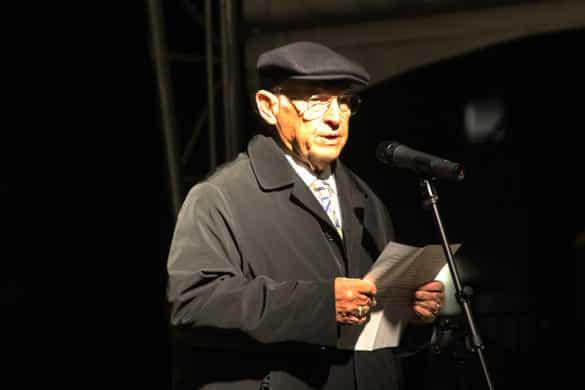 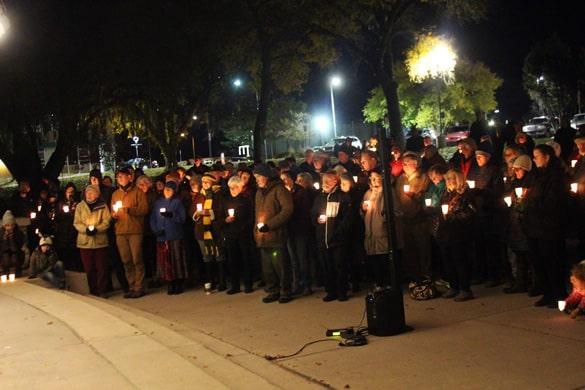 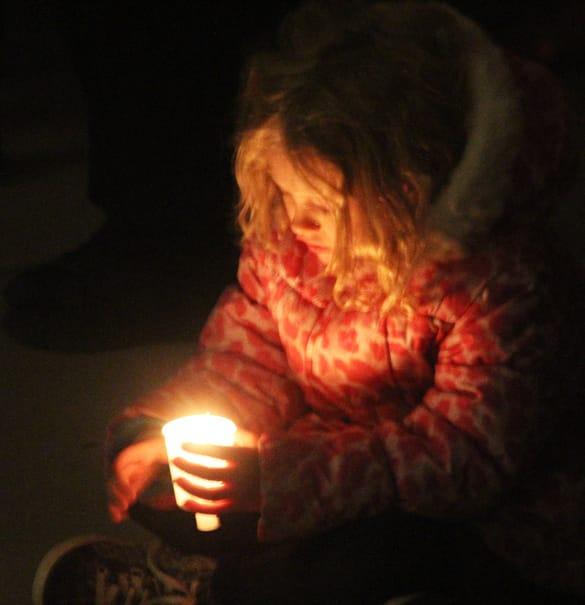 This little light of mine… Photo by Bonnie J. Gordon/ladailypost.com 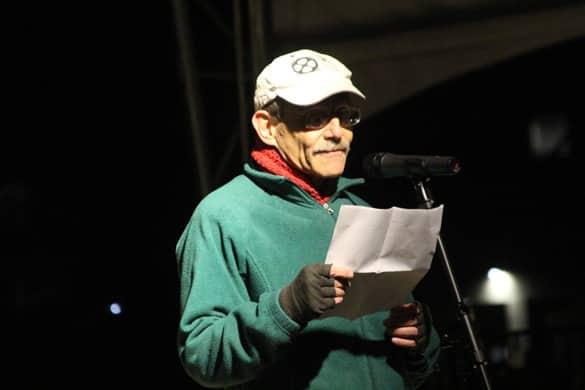 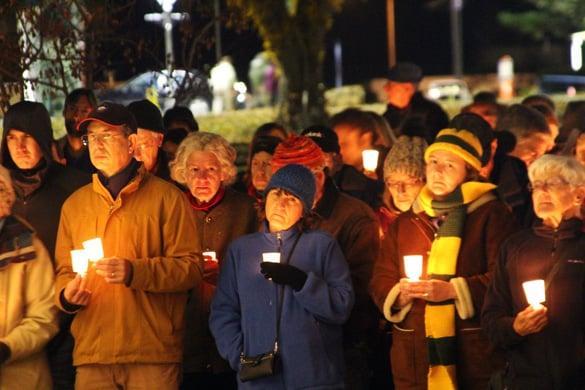 A moment of silence for the dead in Pittsburgh. Photo by Bonnie J. Gordon/ladailypost.com