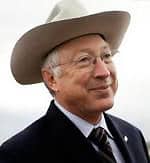 CIR News:
The Santa Fe Council on International Relations at 5:30 p.m. Monday, May 7 at The Lodge at Santa Fe, 750 N. St. Francis Dr., is presenting a discussion between former Secretary of the Interior, Ken Salazar, and Doug Howe, independent consultant in the energy and utilities industries, entitled Towards Energy Independence?
Their conversation will be moderated by Denise D. Fort, Emerita Professor of Law at the University of New Mexico School of Law.
In the last of these PNM-supported talks, Secretary Salazar and Howe will discuss energy independence and security in a world of myriad energy challenges – all moderated by UNM’s Denise Fort and followed by lively Q & A.
Salazar served as the 50th United States Secretary of the Interior in the administration of President Barack Obama from 2009 to 2013. A member of the Democratic Party, he previously was a United States Senator from Colorado from 2005 to 2009. Prior to his election to the U.S. Senate, he served as Attorney General of Colorado from 1999 to 2005.
During his time as Secretary, Salazar successfully developed and implemented numerous renewable energy initiatives on public lands and helped lead the Obama Administration’s “all of the above” energy strategy. 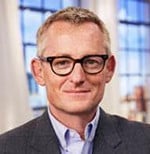 Doug Howe
Howe is an independent consultant in the Energy and Utilities Industries. As a member of the Governing Board of the Western Energy Imbalance Market, he is working with utilities and NGOs in North America to develop clean energy policies and strategies.
Howe served as Senior Energy Policy Advisor to Western Resources Advocates. WRA was founded in 1989 and is a non-profit 501©(3) environmental law and policy organization with a focus on climate change. He also served as Commissioner of the New Mexico Public Regulation Commission which is responsible for regulation of all electric, gas, water, telephone, insurance, and transportation companies in the state. He was appointed by Governor Susana Martinez in November 2011. 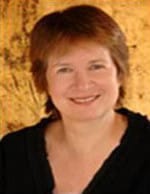 Denise D. Fort
Denise D. Fort is an adviser to a national foundation and an Emerita Professor of Law at the University of New Mexico School of Law. She resigned her position as a Professor of Law and Director of the School’s Utton Center to focus on climate change and environmental advocacy, as a citizen (chair of the Energy Committee for the Rio Grande Chapter of the Sierra Club; convener of activists, issue advocacy) and a lawyer. She is working with a small group to raise awareness of threats to the environment and public health. In past positions, she chaired the Western Water Policy Review Advisory Commission, by appointment of President Clinton, which prepared a seminal report on western water policy.
Cost for non-members is $12 in advance, $15 at the door; CIR members are $10 in advance and $12 at the door. For more information on registering for the lectures, visit www.sfcir.org or call 505.982.4931.
Menu
LOS ALAMOS