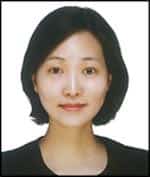 Jandi Kim
CIR News:
The Santa Fe Council on International Relations is thrilled to partner with the World Affairs Councils of America to host a panel discussion on the Future of the Koreas, sponsored by the Korea Economic Institute (KEI) at 5:30 p.m., Thursday, June 28 at the Hotel Santa Fe, 1501 Paseo de Peralta. Alongside incisive conversation about the summit the panelists will address political, security, economic, and trade issues pertaining to U.S. – Korea relations and the future of the Korean peninsula.
What will happen after the June 12th summit between President Trump and the Supreme Leader Kim Jong-Un? Will North Korea agree to relinquish its nuclear weapons? Will the Korean War finally end? So many questions!
THE FEATURED THREE PANELISTS ARE:
Jandi Kim is Second Secretary at the South Korean Embassy to the United States. Prior to her current position, Jandi worked at the Office of the President of South Korea. She also worked at the North American Affairs Bureau and the Bilateral Economic Affairs Bureau for the Ministry of Foreign Affairs. Jandi graduated from Seoul National University with a major in Law. 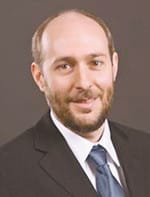 Troy Stangarone
Troy Stangarone is the Senior Director of Congressional Affairs and Trade at Korea Economic Institute of America (KEI). He oversees KEI’s trade and economic related initiatives, as well as the Institute’s relations with Capitol Hill and the Washington, DC trade community. He also serves as the editor for KEI’s flagship publication, Korea’s Economy, and oversees KEI’s blog, The Peninsula. He was also a 2012-2013 Council on Foreign Relations International Affairs Fellow in South Korea, sponsored by the Asan Institute for Policy Studies. Prior to joining KEI, Mr. Stangarone worked on Capitol Hill for Senator Robert Torricelli on issues relating to foreign affairs and trade. He also served as an aide to Governor James McGreevey of New Jersey. He holds a MSc. in International Relations from the London School of Economics and Political Science and a B.A. in Political Science and Economics from the University of Memphis.
Adam Miller, Lieutenant Commander, USN is the Military Advisor in the Office of Korean Affairs, DPRK Unit, at the U.S. Department of State. He is an active duty U.S. Navy officer assigned to the State Department who leads the East Asia Pacific Bureau’s maritime anti-smuggling efforts regarding the DPRK.  Adam is a Foreign Area Officer assigned to the PACOM area of responsibility and served in Busan, Republic of Korea from 2014 to 2017 embedded with the ROK Navy. Prior to becoming a Foreign Area Officer, Adam was a submarine officer having served in USS MIAMI (SSN 755), USS WYOMING (SSBN 742), and most recently as the Combat Systems Officer in USS JEFFERSON CITY (SSN 759). Ashore, he worked at the Pentagon in OPNAV N52- Office of International Engagement, taught at U.S. Naval Submarine School, served as a response officer at the San Diego Nuclear Emergency Response Center, and was a UN Military Observer in Liberia.
Cost for non-members is $12 in advance, $15 at the door; CIR members is $10 in advance and $12 at the door. For more information on registering for the lectures, go to the Council’s website at www.sfcir.org or telephone the office at (505).982.4931.
Menu
LOS ALAMOS