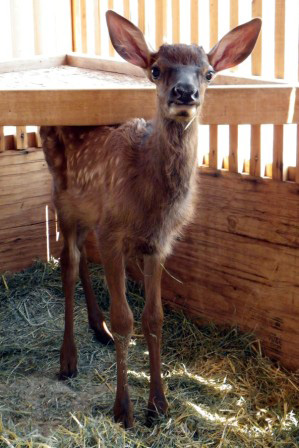 Ambassador Nuno Brito of Portugal to the United States

The Santa Fe Council on International Relations and the World Affairs Councils of America partner with the Delegation of the European Union to the United States to present Europe Day in Santa Fe, a two-day program to celebrate Europe Day 2014.  The program begins with Dinner and a Movie at 5:00 p.m. on Sunday, May 4, which will feature dinner at Bishop’s Lodge accompanied by a film entitled Welcome (released in France in 2009), written and directed by Phillippe Lioret. The cost for the Dinner and a Movie event is $35 per person.

On Monday, May 5 a panel discussion, begininning at 10:00 a.m., will address the history, development and current impact of the European Union.  Lunch will be served at 12:00 p.m. followed with a talk at 1:30 p.m. by featured speaker: H.E. Nuno Brito, the Ambassador of Portugal to the United States. The cost for the May 5 activities is $50, which includes lunch at Bishop’s Lodge.  One may attend all events on both days for a discounted price of $75. All Europe Day program events take place at the Bishop’s Lodge Ranch Resort, 1297 Bishop’s Lodge Road.  Europe Day in Santa Fe is a program of the World Affairs Councils of America in partnership with the Delegation of the European Union to the United States.

The multi award-winning film, WELCOME, is a compassionate and inspiring drama about the hope of new beginnings and the power of true love.  Seventeen-year-old Bilal has spent the last three months travelling illegally across Europe in an attempt to reunite with his girlfriend Mina who has moved with her family to England.  When he finally reaches Calais, on the far northern coast of France; he can literally see his destination, but with all legal options exhausted, his only option is to learn to swim and make the dangerous crossing himself. This profoundly moving masterwork was awarded the Ecumenical Jury Prize at the Berlin International Film Festival, named Best Film at the 2010 Lumiere Awards and received an astonishing ten Cesar nominations including Best Film and Director.

Topics to be addressed by the panel will include but not be limited to:

The formation of the EU and the intentions of its members at the time.

European countries that joined the EU as new members over the years.

Socioeconomic impact on member nations belonging to the EU.

Initial trade among EU members and between the EU and US and the long-standing lack of a free trade agreement between these two huge economies.

Where has trade between the EU and US gone since it formed?  Where might it have gone?

Recent importance of Germany holding all of its members fiscally solvent and keeping the EU intact.

H.E. Nuno Brito, the Ambassador of Portugal to the United States, presented his letters of credence to President Barak Obama on February 23rd, 2011.  Previously, Nuno Brito had been the Political Director of Portugal and co-chair of the Portuguese – US Standing Bilateral Commission since October 2008.  He joined the Portuguese diplomatic service in 1984 and was soon appointed “desk officer” in the Americas Department. In 1987, he was posted to the Portuguese Embassy in Washington where he served for the next 6 years, until 1993.

Ambassador Brito’s talk will begin at 1:30 p.m. and will address the following issues followed by Q&A:

The ambassador’s outlook for the EU’s overall economy and political state.

Will the EU remain in its current form?

Will one currency remain?

Benefits of the status quo?

Benefits of returning to separate currencies?

Will a free-trade agreement finally emerge between the EU and US?

If so, will it increase trade significantly between these two economies?

Will it stimulate the US and New Mexican economies?

It is difficult to get a visa to visit the US?

If our country adopted friendlier visa policies for EU citizens (as would be expected if a US-EU trade agreement were penned), will more Europeans visit the US as tourists?  Visit New Mexico and Santa Fe?

Ambassador Nuno Brito of Portugal to the United States

A program of the World Affairs Councils of America in partnership with the Delegation of the European Union to the United States.

The Santa Fe Council on International Relations is a non-partisan, 501c(3) non-profit educational resource dedicated to the stimulation of dialogue about current foreign affairs issues that affect the United States. One of more then 100 nationwide affiliates of the National Council for International Visitors (nciv.org), and a member of the World Affairs Councils of America (worldaffairscouncils.org) the organization facilitates cultural and educational exchanges between U.S. and foreign peers, sponsors lectures by recognized experts, arranges world affairs discussions, and organizes educational trips abroad.  For more information, please visit www.santafecouncil.org.