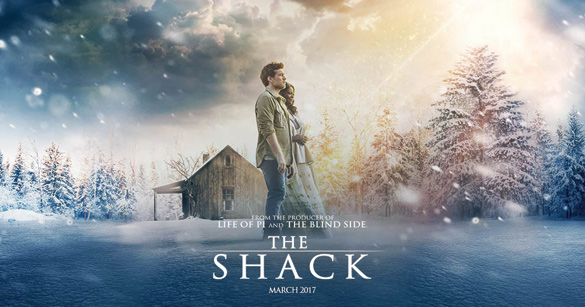 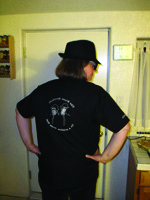 “The Shack” is the long-awaited film version of the 2007 novel of the same name, written by Canadian author William P. Young. If you have read the book, you will know to bring plenty of tissues to the film. This is a story of bad things happening to good people and of the Holy Trinity intervening to teach love and forgiveness. As a result, the IMDB website categorizes the film as “drama/fantasy.”

The Shack in question is where hard evidence was found that Mackenzie Philip’s youngest daughter was indeed murdered. Abducted from the family campsite, Missy was never seen again. Mack had only turned away from her in order to save his older two children whose canoe had just overturned on the lake. This church-going family then struggles to live with the loss, both father and oldest daughter carrying self-imposed guilt for the tragedy. That is the “drama” part of the film.

The “fantasy” part begins nearly halfway through the film (much further than in the book), when Mack gets a typed up note in his mailbox inviting him back to the shack.

The note is signed “Papa”, the name Mack’s wife Nan uses when talking to God in prayer. The couple’s pastor, Willie, who lives down the block, had nothing to do with the note, it seems. Still, Mack can’t help going back to the scene of the crime, hoping perhaps to find the man who killed Missy and to punish him for the deed.

What he finds instead is three people living together in a lovely version of the house that shack might once have been. We soon learn these three “people” are the three persons of the Holy Trinity of Christian theology.

Octavia Spencer plays the role of the Creator God, nicknamed “Papa.” She appears in the form of a neighbor who used to comfort Mack as a child after his father beat he and his mother.

The role of the Holy Spirit, called Sarayu in the film, is played by Sumire Matsubara, an American-educated Japanese actress, singer and fashion model. All three actors create a friendly, wise and calming presence on screen, their characters helping Mack to dig deeper into his pain to find a way forward in life.

Sam Worthington’s portrayal of Mack is appropriately pained and intense. Occasionally, though, his muttered utterances reveal the actor’s upbringing—a bit of Aussie pronunciation in later scenes, which the movie-goer may find distracting.
This is a deeply spiritual film, one which does not look away from the very worst humanity can do to itself. Anyone interested in how Trinitarian theology should work in the real grit of human existence could find this allegory of interest.

The Shack is “Rated PG-13 for thematic material including some violence.” The abduction of Missy and her killing by her abductor are not shown, but the tragedy is just as hard hitting without actually seeing it happen. So, this may not be a movie for the faint of heart. All the same, those who see it should bring plenty of tissues!