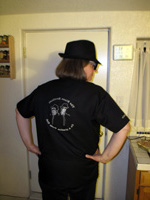 “Million Dollar Arm,” as a Disney production, was almost guaranteed to have a happy ending. But little did I expect it to be touching! This is a sports film that non-fans can enjoy. 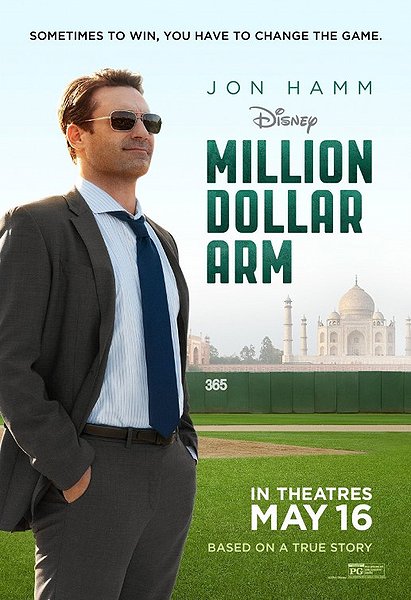 The cross-cultural story and scenes in India are captivating. Having lived among a subset of the Indian culture, I giggled through much of this part of the film.

In fact, we get a quick tour in India itself, as the protagonist, an independent sports agent, seeks new talent for the next big star pitcher in America’s favorite pastime, major league baseball. He thinks cricket bowlers might have the arm for it and the contest he creates on the subcontinent catches the imagination of a nation. Problem is, when the winners of the contest come to America to learn to play and to pitch, they are totally out of their element.

Jon Hamm (Mad Men) plays the sports agent, desperate for new clients. His assistant Aash (Aasif Mandvi) is an Indian-American who doesn’t speak Hindi, but is crazy about cricket. The two winners of the contest are Rinku Singh, played by Suraj Sharma (who had the title role in Life of Pi) and Dinesh Patel (Madhur Mittal, who played the older brother of the Slumdog Millionaire). Both pull off their roles brilliantly.

Most everyone will find something to love about this movie for the feel good story, the humor, the love interest or the sports. And did I mention it is based on a true story? Look up the two names of the contest winners, just for fun.

“Million Dollar Arm” is rated PG for mild language and suggestive content, but teenagers (maybe older pre-teens, as well) and adults of all ages will enjoy this film. This one is worth the price of admission!