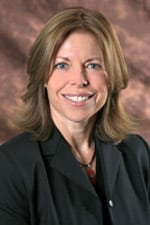 The Councilors refer to allegations of financial irregularities in the administration of the Regional Coalition of LANL Communities (RCLC) spending and what they refer to as a lack of transparency by certain County officials.

Chrobocinski explained why he feels it is important to request the investigation.

“This is a very serious issue. It was ridiculous that I had to find out about it through media reports and that the council was never provided with the audit that Los Alamos County apparently conducted,” Chrobocinski said. “It appears that Los Alamos County representatives not only failed as fiscal agent but are withholding information. I believe an independent investigation is the only way to ensure transparency on this issue.”

O’Leary also addressed the reason she requested the investigation.

“An independent investigation seems like the right way to get a fair and unbiased evaluation of the situation – one that informs all of us about what actually happened and how we can improve going forward,” O’Leary said. “We owe the citizens of Los Alamos this kind of transparency.”

County spokesperson Julie Habiger responded to the Post’s request for comment saying, “I don’t have enough information to comment at this time.”

We have learned through media reports that there are allegations of financial irregularities in the administration of the Regional Coalition of LANL Communities (RCLC) spending.  Several aspects of this situation are troubling.  As background, Los Alamos County both provides funding and acts as the fiscal agent for the RCLC.  Officials of Los Alamos County acting in their official capacity have participated in RCLC events, have acted as voting members of the RCLC, have served as officers of the RCLC with responsibility for approving expenses, and have apparently conducted audits of the RCLC.

According to media reports and a copy of a document labeled as a Los Alamos County Audit of the RCLC which was discovered through an Internet search, allegations have been made that officials of Los Alamos County and others were provided improper or excessive gifts paid for with RCLC funds including meals, drinks (alcohol), and sporting event tickets.  The report also indicates that officers of the RCLC approved these improper expenses.

Because the officials associated with the failures alleged in the audit are senior elected and appointed officials of Los Alamos County, an independent investigation is appropriate to fully, fairly, and impartially determine the nature and extent of any misconduct, with transparent visibility for full County Council and the citizens of Los Alamos County.

2. The investigation should determine whether any current or former elected or appointed officials of Los Alamos County double billed taxpayers by accepting meals paid for by RCLC while also claiming per diem reimbursement for meals expense from the RCLC, Los Alamos County, or any other governmental funding source.

3. The investigation should determine whether any current or former elected or appointed official acting on behalf of Los Alamos County as Treasurer of the RCLC or otherwise signed approval of improper expenses incurred by RCLC.

4. It appears from the original audit, from emails sent by elected and appointed Los County Officials, and from media reports that several members of the Los Alamos County Council and County Staff were intimately aware of the severity and extent of the allegations of impropriety at the RCLC, yet these improprieties have not been disclosed to the full County Council or the public by these officials by either publishing the audit report, by report of the Council RCLC Liaison, by report of the Council Chair, or by report of the County Manager; although ample opportunities to do so have come and gone. The communications that have been forwarded to the full County Council by officials in emails have been misleading or incomplete. The full County Council and the citizens of Los Alamos County should not have to learn about this situation piecemeal, through the media. The investigation should consider whether the communications of Los Alamos County officials in this matter have been intentionally misleading with the purpose of concealing misconduct.

Editor’s note: Additional documents related to this issue are published on the RCLC website and linked here: https://regionalcoalition.org/wp-content/uploads/PACKET_ED-Review_22618.pdf.