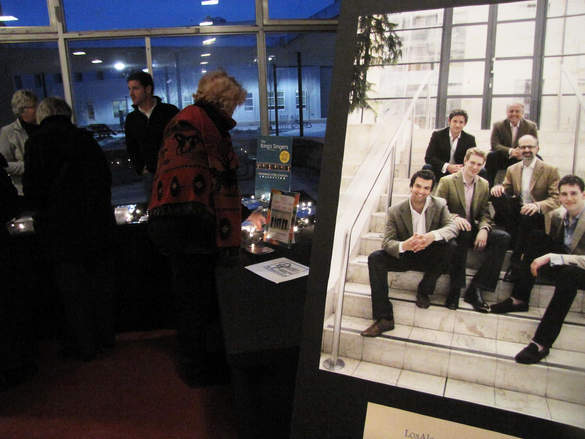 The King’s Singers drew a full house at Duane Smith Auditorium Saturday night. Patrons lined up in the lobby to purchase the ensamble’s latest CD. Photo by Carol A. Clark/ladailypost.com

The world-famous ensemble, The King’s Singers, enchanted a full house at the Duane Smith Auditorium Saturday night in a concert that was both sophisticated and fun.

The six man ensemble charmed the audience from the start with their engaging “Brit wit” and went on to enthrall them with an evening of incredible choral music.

The special night began with compositions by modern choral composer Bob Chilcott who set to music four poems linked by the themes of time, youth, age and death.

The poetry, by Philip Larkin, James Joyce, E. E. Cummings and Sir Walter Raleigh was rendered even more heartbreakingly beautiful by the silken harmonies of The King’s Singers.

This was followed by lively (and funny) renditions of French folk songs. And so it went. 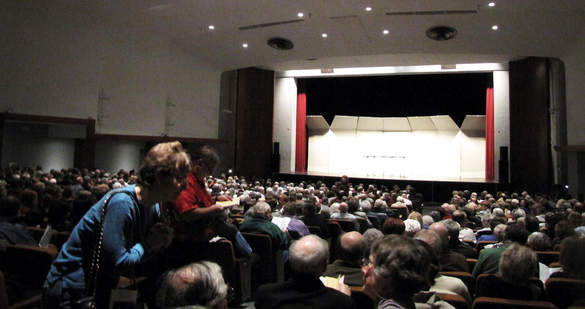 Executive Director Linda Deck of the Bradbury Science Museum and her husband Ralph Chapman visit with friends prior to the concert at Duane Smith Auditorium Saturday night where nearly 900 people listened to The King’s Singers’ world class voices. Photo by Carol A. Clark/ladailypost.com

The King’s Singers moved effortlessly through a repertoire that ranged from modern choral compositions through madrigals, Renaissance compositions, folk songs and Beatles tunes.

Their rich voices make each of the six performers a star.

The perfectly blended voices and crystal clear enunciation combined with perfect delivery brought The King’s Singers a standing ovation from a delighted audience.

The King’s Singers might be exquisitely refined, but they were never ever stuffy.

Many thanks to the Los Alamos Concert Association for bringing us yet another world-class concert.

Join the Concert Association for the final concert of the season, The St. Lawrence String Quartet, at 4 p.m. Sunday, May 13.

Visit the Los Alamos Concert Association at their website www.losalamosconcert.org. 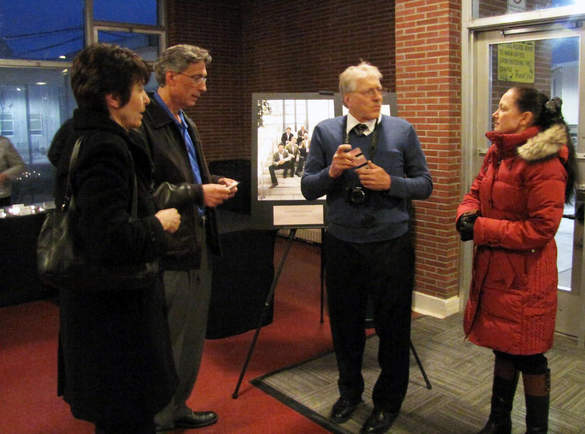 LANL Director Charlie McMillan, second from left, and his wife Janet McMillan, far right, chat with friends in the lobby of Duane Smith Auditorium while waiting for The King’s Singers Concert to begin Saturday night. Carol A. Clark/ladailypost.com 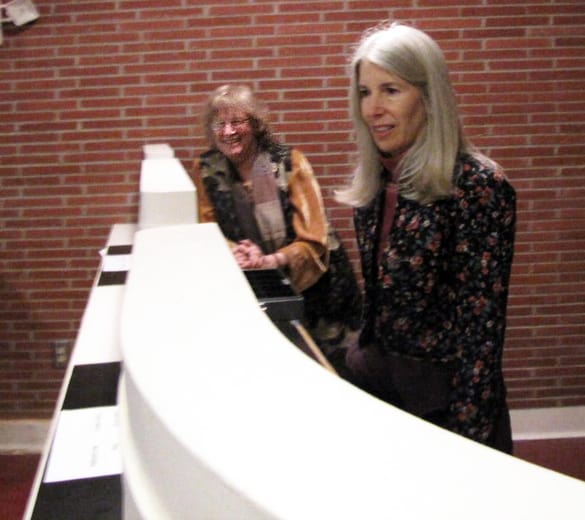 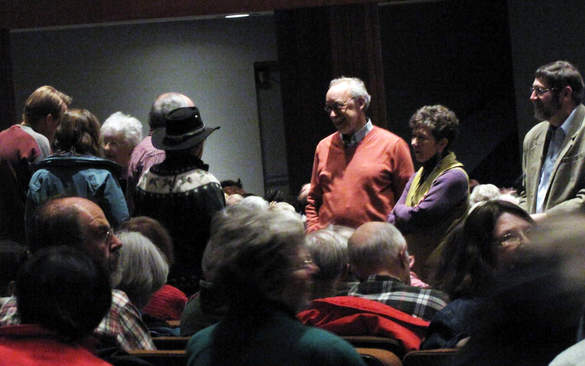 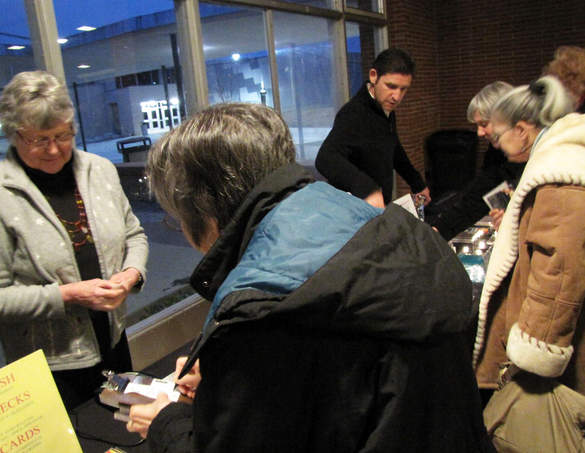