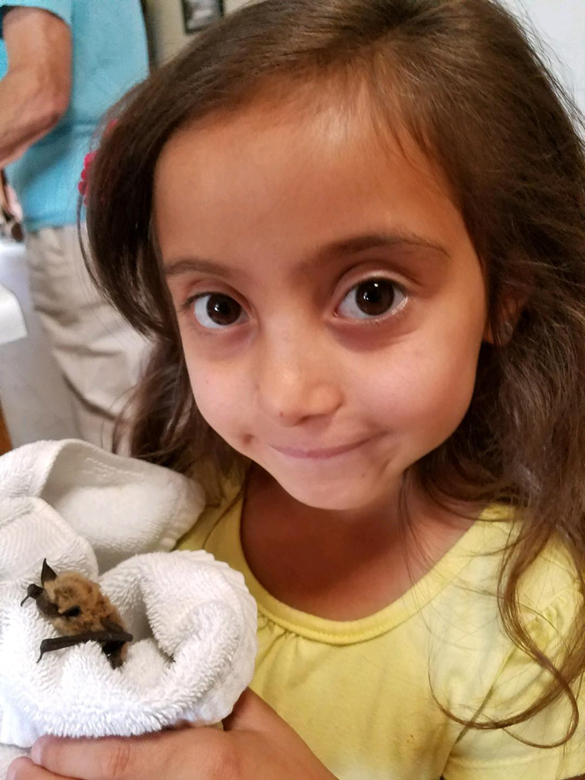 A 6-year-old girl holds a bat that a cat brought into her grandmother’s house. She cuddled and kissed it on its head and the bat was later found to be infected with rabies. She is undergoing treatment. Courtesy/Valley Daily Post

Tiki is a beautiful young cat who lives 15 minutes north of Espanola and loves to go outside. He is colored like a Siamese but his soft hair and broad head make him stand out in the crowd.

Early Thursday morning, a week ago Tiki went inside after a short time outside and trotted into the bedroom where his owner was just getting out of bed.

Tiki’s owner saw her cat come into the room but noticed he was carrying something black and fuzzy that looked like a tarantula. Not wanting him to hurt the tarantula, Tiki’s owner went to take it out of his mouth. Tiki quickly dropped his prey and wandered off. His owner, having experience handling tarantulas turned on the lights and bent over to pick up what she thought was a spider, but then realized it was something else entirely. Tiki’s victim, it turns out was a Mexican Free Tail Bat and it was now crawling across the carpet and trying to climb up the door.

Tiki’s owner grabbed a towel, and a short time later the bat was safely bundled up in the towel. But in the process of (carefully) picking up the bat, Tiki’s owner noticed that her cat has apparently injured the bat. Tiki’s owner took responsibility for her cat’s actions and called the New Mexico Wildlife Center to see if they would take in the injured bat. The center said yes and soon afterward Tiki’s owner and her six-year-old granddaughter (who was visiting for the week) drove to the New Mexico Wildlife Center in Arroyo Seco to drop off the bat.

That was not the end of the story, however. The bat soon died and the New Mexico Wildlife Center sent its body to the New Mexico Department of Health (DOH) to test for rabies.

DOH’s Epidemiology Laboratory tested the dead bat and the tests came back positive. Tiki’s prey had rabies and now the question was had it transmitted the deadly disease to anyone else.

Rabies is a dangerous disease that can be transmitted through the saliva of infected mammals. Exposure to an infected animal’s saliva can cause infection, even if there is no bite. If a person is suspected of being infected they must received a series of four injections to prevent the disease from occurring. Untreated rabies is almost always fatal.

As soon as the tests came back positive, DOH started calling everyone involved to learn the entire history of what animals and people came in contact with the bat.

Any pets that had been exposed and were not vaccinated may have to be euthanized.

Luckily for Tiki he had been vaccinated for rabies and only needed a booster. But he was placed in an “at-home observation” for four months during which period he is not allowed outside or around other animals. The owner also was advised to not let him lick or bite any person or animal.

Dr. Kathleen Ramsey, co-founder of the New Mexico Wildlife Center and owner of Cottonwood Vetrinary Clinic, gave Tiki his booster rabies vaccine before he went home for his four-month observation.

“This cat was fortunate. His owners did the right thing and had gotten him vaccinated,” said Dr. Ramsey, adding “The lesson here is rabies is a real threat and people should make sure and vaccinate them. I had a cat 25 years ago that did the same thing, catching a bat that turned out to be rabid.”

In addition to confirming that Tiki was vaccinated, DOH spent a great deal of time interviewing Tiki’s owner about anyone else who might have touched the bat.

Rabies can be transmitted by infected saliva getting into any scratches, puncture, or natural body openings such as the mouth.

Tiki’s owner had avoided any dangerous contact, receiving no bites or scratches. Her granddaughter had already gone home to a city in southern New Mexico. DOH contacted the girl’s mother and in a discussion with the six-year-old child, it was revealed that the little girl had kissed the bat on the head while it was wrapped in the towel.

Tiki is most likely fine, thanks to being vaccinated. His owner had been careful and is also likely fine. But her young granddaughter has a slight chance that she has been infected, by sneaking a kiss from the “cute” bat. The little girl is currently undergoing treatment for rabies and is expected to be fine.

When interviewed for this story, Paul Rhien, a spokesperson for the DOH reported that the bat Tiki caught was the first confirmation of a rabid bat in Rio Arriba County this year. Rhein said that the DOH has tracked rabies incidents and has mapped all occurrences back to 1984. The most recent rabid bats found in Rio Arriba occurred in 2015 and before that the last time was in 2010. In total during this 34 year period Rio Arriba has reported six cases of rabies in bats, Santa Fe County has reported seven bat infections, and Los Alamos County has reported one.

Dr. Ramsey said during an interview that rabies in the Mexican Free Tailed bats is actually common. Everyone should be cautious if you find a bat. Both Dr. Ramsey and DOH recommend that if you come across a bat on the ground you should not touch it, but if you have to move it, wear thick waterproof gloves. Rabies is more common than we realized and people should take caution. And of course, make sure all your pets and livestock are vaccinated.

Any veterinarian can quickly provide the vaccines, and the Espanola Valley Humane Society (505.753.8662) offers low-cost vaccinations for pet owners who may not be able to afford the procedure on their own.

EDITORS NOTE: All photos in this story have been provided by family members but certain names have been withheld. 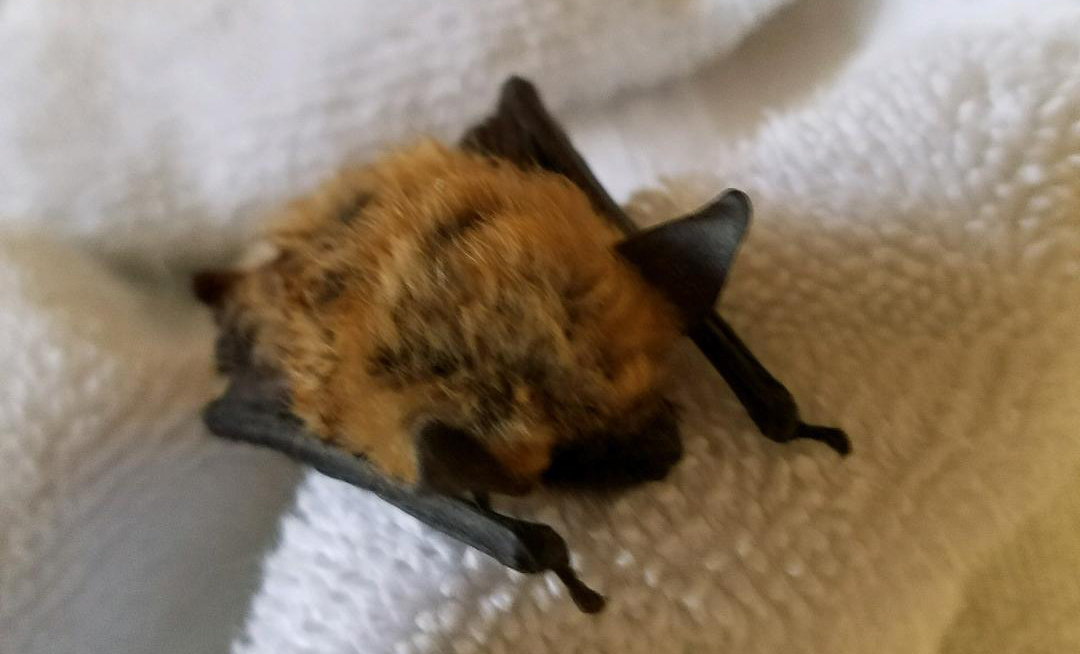 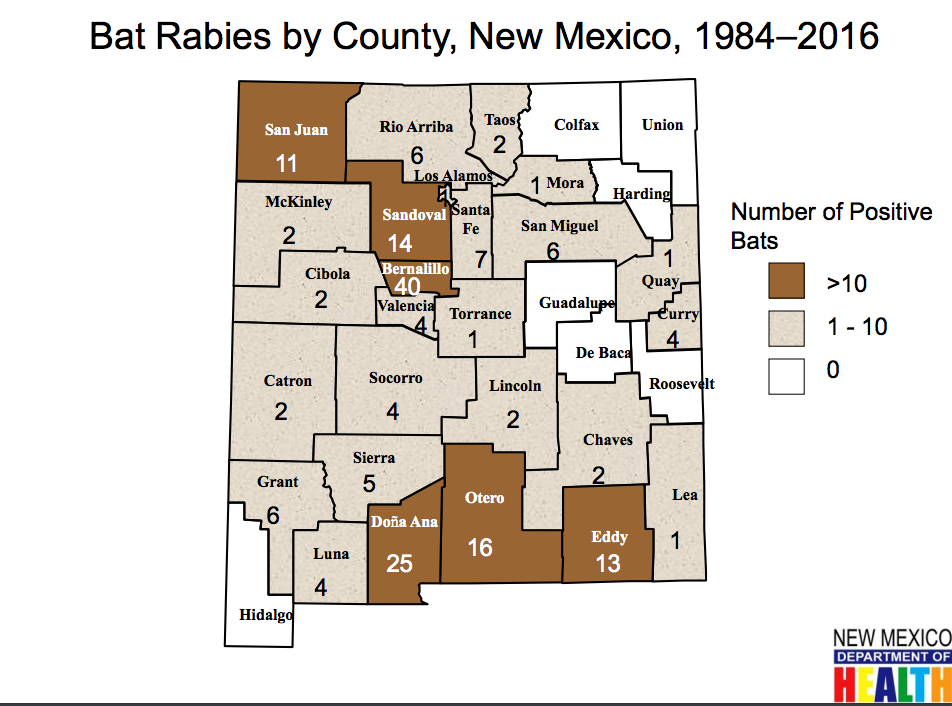